Romeo, Sea Guardian, Poseidon: How Navy Is Building An Anti-Submarine Sensor Network With US Equipment 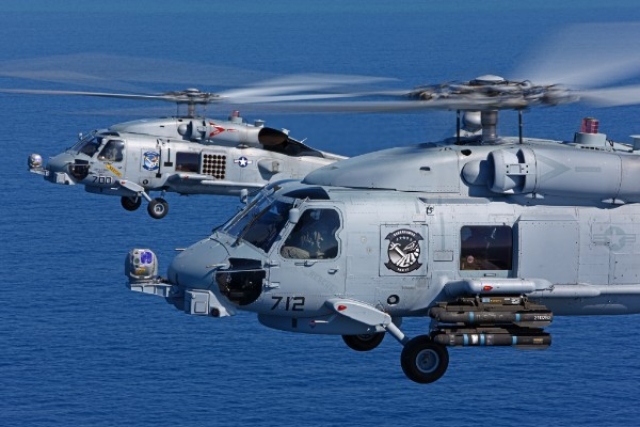 In the run up to the Navy Week celebrations an important news release found its way to the media.

It was about the acquisition of two MQ-9 Sea Guardian drones by the Indian Navy. These two drones were brought in on urgent basis, and instead of going through a lengthy purchase decision the navy opted to quickly lease the equipment.

In the coming months a tri-service purchase of 30 MQ-9 drones is being reported with each service buying 10 'Sea Guardian' variant units.

While the advertised individual capabilities of the drones are by themselves impressive, what this purchase also does is that it adds to the navy's networked anti-submarine warfare effort.

The first piece of the network fell into place with the acquisition of P-8I Poseidon maritime patrol aircraft. The P-8I are upgraded or enhanced variants of the aircraft currently in US Navy service.

India specific enhancements such as an aft-radar, magnetic anomaly detector (MAD) and a custom data link allowing the aircraft to 'talk' to other Indian Navy units were added to the aircraft. The aircraft are also capable of dropping torpedoes from high altitudes during recon missions.

The second piece of the network came in the form of MH-60R Romeo helicopters. India's purchase of 24 of these helicopters replaces the ageing and largely obsolete fleet of Sea King helicopters.

Once again, the MH-60R variant comes with state of the art anti-submarine warfare kits including air dropped sonobuoys and torpedo launchers.

A sonobuoy is a relatively small expendable sonar system. After being dropped from the aircraft, it floats on the water surface, and sends information about the situation below (like a submarine) to the aircraft.

The third part of the solution came recently in the form of MQ-9 Sea Guardian drones that are not only capable of extended surveillance (more than 30 hours) but also talking to other sensor platforms.

A recent report on the navy's acquisition of these drones highlights this aspect and said about the drones anti-submarine warfare capabilities:

"All three platforms ‘talk’ to each other and carry identical sonobuoys, which, when dropped into the water, are capable of detecting enemy submarines. Contacts obtained by one of these platforms can be attacked by the other platforms using torpedoes and depth charges."

In just a couple of years, the Indian Navy would be fielding a sizeable number of platforms such as 18 P-8I Poseidon aircrafts, 10 MQ-9 Sea Guardian drones and 24 MH-60R Romeo helicopters.

Each of them are capable of deploying sonobuoys, sharing data between themselves and other platforms - this allows the navy to run anti-submarine surveillance grids where a long endurance platform can stay on station above choke points and alert the bigger platforms when it’s time for weapons delivery.