Terror Creeping Back In Anantnag: How Can It Be Countered? 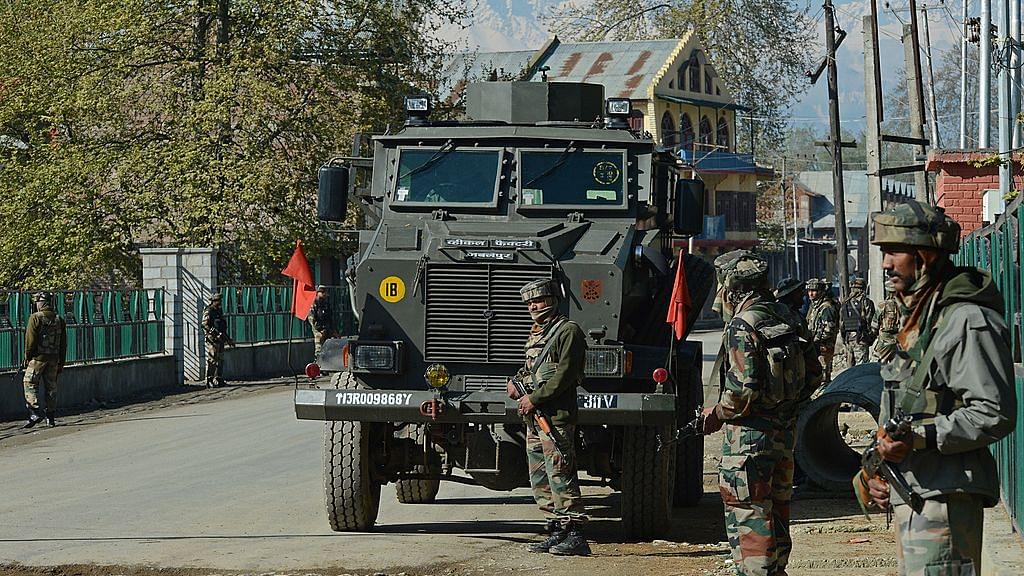 While the coalition government of the PDP and BJP is ensuring that political time bombs are handled without unnecessary passion and has generally shown a propensity towards working on issues concerning governance, the separatists way of response is also through spiraling acts of violence in which the Police forces find themselves the latest victims. Two policemen were killed on 4 June in Anantnag and three BSF men at Bijbehara on 3 June, preceded by three policemen in Srinagar in hit and run strikes. That makes a total of nine in three days; if that is not worrisome then nothing else can be.

Two things should worry those handling the overall security of South Kashmir. First, in a fortnight’s time Anantnag assembly constituency goes to the polls to elect Chief Minister Mehbooba Mufti or her opposer. Second, the Amarnath Yatra commences on 2 July 2016 and that is an iconic annual event which has threat perceptions of every kind.

Why is Anantnag so important and what place does it occupy in Kashmir’s security matrix?

Lying just off the National Highway from Jawahar Tunnel to Srinagar, across the Jhelum, this is the second largest town of Kashmir. It is the headquarters of Anantnag district and the veritable core centre of activities in South Kashmir. It sometimes shares ignominy with Kulgam, Shopian and Pulwama which all lie in its vicinity but have their own levels of notoriety. Anantnag’s importance generically stems from the fact it has been the center of intellectual activity, education and tourism. During the commencement of the sponsored proxy war, it was one of the first urban centres which came into the lap of violence. The famous Martand temple is located nearby on the route to Pahalgam which too is one of the major tourist attractions of Kashmir. The mountains in the east are a part of the Kishtwar range and there are famous trekking trails all over. Some of them lead over the Kishtwar to the Warwan Valley, a distant, isolated and very sparsely populated part of Kashmir.

In 1995, the infamous Al Firan group, which kidnapped five tourists and beheaded one of them, had apprehended them from the upper reaches of the Aru Valley and then taken them to Warwan. Within the district also lies the restive Lidder Valley which is like a transit point for terrorists moving into Tral valley of Pulwama district or the southern tracts of Anantnag towards Kokarnag, Daksum and Verinag. The entire Kishtwar belt is thickly forested and offers excellent hideouts for terrorists.

The Amarnath Yatra’s logistics base is Anantnag town although Pahalgam could be considered as Base 2. The Yatra goes on for about six to seven weeks and in that duration there is presence of a larger compliment of security forces (SF). In addition, the bhandaras which feed the massive influx of pilgrims also have their supply chain going back to Anantnag town. All pilgrims adopting the long, 48 km route to the holy cave move through the town which means the traffic to Pahalgam expands exponentially in July-August.

Two more things need to be known. First, the Army’s 21 Field Ammunition Depot (FAD) is located 18 km to the south-east across the township of Achabal at a place called Khundru. Through the 1999 Kargil operations, the Army’s entire ammunition for Kargil sector moved from Khundru in ammunition convoys. The road ran over 110 Hume pipe crossings, any of which could have been used to emplace Improvised Explosive Devices (IEDs) to blow up an ammunition laden vehicle. It was a herculean effort on the part of the Army’s Rashtriya Rifles HQ 1 Sector RR which patrolled and dominated the area extensively to prevent the terrorists from disrupting the ammunition supplies to Kargil. Second, this is the area where the Lashkar e Toiba (LeT) announced its arrival in South Kashmir with the dastardly killing of 36 Sikhs at Chittisinghpura on 19 Mar 2000. That was then the signature LeT way of announcing its arrival and upstaging other terror groups from the primacy of terror operations.

From a terrain angle Anantnag offers the ideal ground for breeding of terrorists and their sustenance. The town has multiple inlets and exits, is crowded with narrow lanes and there are a number of religious institutions within. Traffic is dense and of different types, which is difficult to check. Policemen on duty will always be vulnerable to hit and run tactics and unlike Srinagar, these need not be motorcycle-borne. In fact, it is easier to exploit the maze of crowded lanes on foot and there is no need to carry AK-47s and be noticeable. Such operations can always be conducted by being armed with pistols.

However, on the National Highway and the road to Pahalgam, operations by terrorists can be of different kinds. Isolated CRPF men on road protection duties are the most vulnerable and the predictable movement of the Army or CAPF convoys makes them ideal targets. For this, terrorists need to be armed with automatic weapons and grenades which are used at random in burst mode for just a minute or so to impose casualties before they escape into buildings or fields behind the immediate built up areas along the highway. This is how it always begins.

What are the counter measures to this which can be effective?

Sustained operations by the SF in the entire spectrum, is the only answer. Number 1 Sector RR which is responsible for most of Anantnag district and the security of the Amarnath Yatra is one of the prize commands for officers of the Indian Army. This Sector (brigade size) has every challenge that the spectrum of counter insurgency and counter terrorist (CI/CT) operations can offer.

Equally, the appointment of SSP Anantnag district is a prize one for the JK Police. The CRPF too has its job cut out for it and has always had some fine professionals leading it. It is appropriate to state that Anantnag was probably the district with almost the highest density of terrorist presence in the heyday of militancy. It also produced the longest lasting terrorist leaders such as Shabir Baduri who was the Hizbul Mujahideen (HM) leader for close to 8-9 years. Through painstaking operations and some great cooperation between the various SF, Anantnag including the Lidder Valley, Bring Valley and Kokarnag were cleaned out and a few years ago hardly any terrorist presence existed.

Some redeployment from the area was effected to cater for areas on the counter infiltration grid. It now appears that terrorist presence has rekindled and the new militancy has taken its grip. There is no shortcut to continued domination by the SF if the area has to be kept safe and no quarter is given to the new outfits. The National Highway, 21 FAD Khundru, the Amarnath Yatra and the Pahalgam tourist spots are assets whose security cannot be diluted. Till the recent past, additional formations of the Army were deployed from outside the Valley to secure the Yatra. It gave a chance to the SF in Anantnag to continue operations for domination of the grid without much redeployment.  The spirit of road protection went to the extent of the entire Headquarters of 1 Sector RR turning out for some time to secure the entry and exit of the Army convoy through the built up area.

Anantnag is too important a town for it to be allowed to fall within the ambit of freedom of movement of terrorists. The current political battle of the polls is the moment that the terror groups are bound to seize to enhance their presence even as the SF focus on security of political meetings and candidates. The SF need to revisit the past to examine how exactly their predecessors ensured the progressive dilution of terrorists from the area. The tendency to avoid increase of Army footprint will prove counter-productive.

Towns such as Anantnag which nestle in the shadow of terrain which is ideal for militancy to fester cannot be tackled from within. It is the outlying areas which need to be dominated night and day if the return of high profile militancy has to be prevented. The events of the last few days appear to indicate that grounds for that very return are being prepared. It calls for the best integration of all SF under the Army’s Victor Force at Avantipur to achieve the task so well performed some years ago.