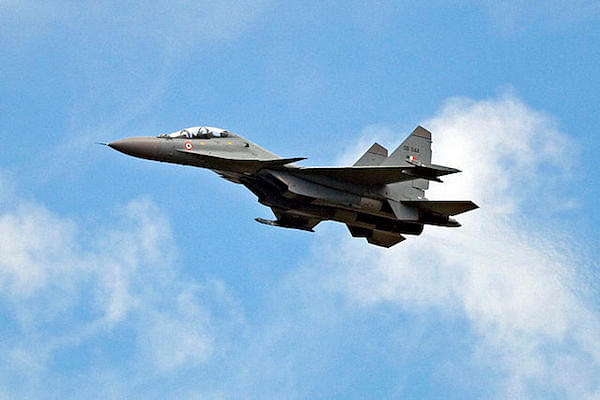 Friday (19 August) will mark a significant advancement in India’s strategic posturing vis-a-vis China with the inauguration of the advanced landing ground (ALG) at Pasighat in south-east Arunachal Pradesh.

This will bring large parts of China within easy range of the Indian Air Force’s (IAF) Sukhoi Su-30MKI fighter jets that will be stationed at Pasighat which is barely 100 kilometres away from the Indo-China border. With this, even China’s capital Beijing will come within a striking distance of the fighters stationed at Pasighat.

The ramping up of defences all along the Indo-China border, started by the NDA government under Atal Bihari Vajpayee, was a sharp U-turn from the earlier policy of leaving the border defenceless in the belief that fortifying the border would provoke China. That was a hangover from the humiliating defeat suffered by India in the Indo-China War of 1962, thanks to the unforgivable errors committed by Jawaharlal Nehru and his Defence Minister, V.K. Krishna Menon.

The Congress-led UPA-I and II dispensations did pursue the policy of strengthening the Indian armed forces’ capabilities against China but (as was the defining characteristic of that Manmohan Singh-headed government) went slowly on the policy. Since, Narendra Modi came to power that a large dose of much-required robustness was injected into the policy.

Pasighat will be the fifth ALG to be made operational in Arunachal Pradesh, that borders Tibet, over the last two years. The ALGs were constructed by the Allied Forces during World War II but were abandoned after that. Now, these ALGs are being upgraded and made operational once again. Missile batteries and advanced air defence systems will be stationed at the ALGs from where Sukhois and the newly-inducted C-130J Super Hercules transport aircraft can land and take off. The advanced S-400 Triumf Missile System that India is to get from Russia next year will also be stationed at these ALGs.

The Narendra Modi government has also ramped up construction of the Rs 40,000 crore Arunachal Frontier Highway along the McMahon Line that is the effective boundary between India and China. This all-weather four-lane highway from Mago in western Arunachal Pradesh’s Tawang district to Vijaynagar at the junction of Arunachal Pradesh, Assam, Nagaland and Myanmar will be of immense strategic value to India and will make the movement of troops and military hardware along and up to the Indo-China border much easier.

At the same time, about Rs 18,000 crore is being spent on upgrading and widening roads leading to military posts along the border from the hinterland in Assam and other states. Defences along the Indo-China border in Sikkim have also been upgraded with the induction of missile systems and artillery. IAF bases in Assam and West Bengal have already been upgraded with the intention of shoring up air defence capabilities against China. A lot of progress has been made in the raising of the new mountain strike corps that will be exclusively meant for defensive and offensive action against China. In Ladakh, too, heavy artillery and armoured units, as well as IAF assets, have been deployed.

All this marks a new and vastly confident attitude in India regarding China. The ghost of 1962, it can be said, has been buried by the Narendra Modi government and the diffidence that marked the conduct of Congress regimes in their dealings with, or regarding, China has been justly shed.