The Myth Called Ceasefire In Kashmir 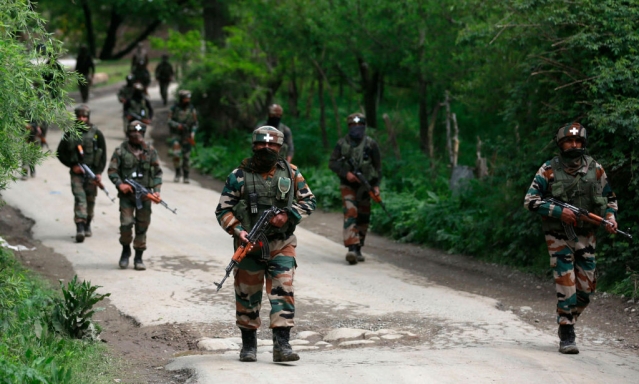 First things first; the Union government has not declared a ‘ceasefire’ in Jammu and Kashmir. The only thing which the Security Forces (SF) have been asked to cease is “launch of operations”. The statement by Ministry of Home Affairs was categorical, that SF “reserve the right to retaliate if attacked or if essential to protect the lives of innocent people”. In simple terms, the terrorists have been given an opportunity to behave or else the government reserves the right to use pre-emptory coercive power.

The usage of the term ‘ceasefire’, despite these categorical statements, is borne out of ignorance or deliberate mischief, the latter with an eye to sabotage the effort by portraying it as government succumbing to violent pressures exerted by terrorists and their patrons. While public pressure amounts to nothing in a pseudo democratic state like Pakistan, it counts for much in India, more so because of the avowed strong stand by Prime Minister Narendra Modi. No government, especially one like Modi’s, can afford to be yielding to terrorism emanating from Pakistan. This would be akin to committing political hara-kiri.

Army veterans like Lt Gen (retired) Syed Ata Hasnain have explained elaborately that the SF would simply be desisting from ‘cordon and search operations’ and ‘search and destroy operations’ during the period of the government’s statement being in force. Meanwhile, there would be no let-up in area domination, night ambushes, counter infiltration and patrolling activities. In short, counter insurgency and counter terrorism grids and mechanisms remain unaffected.

To make the understanding simpler, SF will not launch an offensive to neutralise a known terror operative if he is moving around with a cricket bat but will unhesitatingly take him down if the same operative uses the bat to attack an army patrol. Cricket bowlers are allowed, but stone-pelters using the same run up to launch a deadlier projectile at SF or common people, are not. With all counter terror and counter infiltration in place, the SF are not going to lose the initiative gained through Operation All Out, which had allowed them to eliminate the hierarchy of foreign terror groups, particularly Lashkar-e-Taiba (LeT). In short, SF are not going home leaving the field open.

Naysayers crying hoarse about the Punjab and Sri Lanka models of exterminating terrorism need to educate themselves about the Northern Ireland model. Lasting peace mostly comes from understanding and maturity. This is not to say that the Punjab model should not be applied in Kashmir, as it has been put to effective use there. But then there is no one-size-fits-all model for all conditions. Have we ever considered whether the application of the Sri Lankan model of eradicating terrorists will work in India? Our liberal upbringing and values ensure that the Indian Army can never resort to the bestiality indulged in by the Lankan forces while neutralising the Liberation Tigers of Tamil Eelam (LTTE) threat. The manner of elimination of Prabhakaran’s teenaged son during the last days of the Sri Lankan conflict will never find acceptance among Indian SF, and people alike. Indians can be tough but can rarely indulge in savagery. The unharmed release of 93,000 Pakistani prisoners of war in 1972 bears testimony to the Indian approach towards war and adversaries.

This brings us to the moot question. Whether the cessation of “launch of operations” will help find peace in Kashmir? Notwithstanding the overwhelming desire for peace, the history of terrorism in the Kashmir Valley compels even the most mature of analysts to be crudely cynical of the actual impact on the ground. We need to realise how it all began to understand the future prospects for peace in the valley.

Pakistan’s quest to grab Kashmir began on the day it was born. It needed Kashmir to justify its two-nation theory based on religion. The attempts until 1971 were to grab territory by force. The debacle of the Pakistani Army in 1971 taught them a lesson. Lesson, that any attempt to confront the Indian army in conventional war would possibly annihilate them as a fighting force.

Quick learners, the Pakistani Army embarked on a two pronged approach to gain equivalence with India. First, they went all out to acquire nuclear weapons to blunt India’s armed superiority. Secondly, and no less importantly, gave a religious hue to their revisionist tendencies. That was the launch of the hybrid war, which continues relentlessly till date. The Russian invasion of Afghanistan in 1979 provided Pakistan with funds, arms, fighters, impunity to use maulvis and madrasas to motivate volunteers, and most importantly, an unsigned agreement from the US and its allies to use religion to meddle in Kashmir. Saudi Arabian money and preachers were used to prepare a society in the valley indoctrinated to the extent of turning on its original inhabitants; Kashmiri Pandits.

Starting 1986, Kashmiri Pandits were at the receiving end of violence arising from issues unrelated to them. Targeting of Kashmiri Pandits after the death of Gen Zia-ul-Haq and publication of Satanic Verses were the initial manifestations of introduction of jihad into the lexicon of Kashmir. In January 1990, newspapers like Aftab and Al Safa published advertisements threatening Pandits to either leave the valley or face of death. The game plan was clear; cleanse the valley of Hindu and Sikh residents and then use the card of ‘Islam under threat’ to coalesce Islamists from around the world to empathise with the Kashmiri cause.

Religion was used cleverly to create an atmosphere of fear in the valley. Walls were plastered with posters, ordering all Kashmiris to strictly follow the Islamic dress code, prohibiting the sale and consumption of alcoholic drinks and imposing a ban on video parlours and cinemas. People were forced to re-set their watches and clocks to Pakistan standard time. Slogans like 'Yahan kya chalega, Nizam-e-Mustafa' (What do we want here? Rule of Sharia); 'Asigachchi Pakistan, Bataoroaste Batanev san' (We want Pakistan along with Hindu women but without their men) ensured that Hindus and Sikhs had no option but to leave their homes.

The conspiracy ever since has been to create a narrative portraying Kashmir at par with Palestine, as battlefield where infidels are out to annihilate the faithfuls. This is the propaganda arm of the hybrid war, where parallels are drawn to rally people for the religious cause. The recent entry of the Islamic State (IS), with people like Zakir Moosa uninhibitedly clamouring for an Islamic state and entry of religious symbols, epitomises that the seed sown by Pakistan has developed into a full grown tree. Mosques using loudspeakers to issue calls for stone-pelters to gather at encounter sites, exhorting the youth to support the so called mujahideens cornered by SF are manifestation of the virulence that has taken hold of Kashmiri society. The fig leaf of azadi which has been used to befool a section of Indian audience has always been skimpier than skimpiest of bikinis. Those taken in by the azadi propaganda are either the gullible or the fifth columnists serving Pakistani agenda for personal reasons.

So what made the government extend the offer of cessation of “launch of operations”? Simply put, it is a gambit in the battle of perception, which is generally played out in conflict inflicted areas. This is a battle, which is played out more in the mind and less on the battlefield. The idea of such gambits is to reach out to those players in a complicated struggle, who might be on the lookout for an honourable exit. Such players seek an offer from the stronger party in the conflict, which they can accept and satisfy their self-esteem of having compelled the stronger opponent to extend an olive branch. The perception battle extends to engaging with the adversary in a battle of wits. This is done by altering the paradigm in a manner that the adversary is deprived of the fuel of aggressive operations against him, which he had been using to convert faithfuls for his cause.

The question which is a natural corollary to the effort remains; will this help bring peace to Kashmir?

While there are no definitive answers to such questions, the realistic though politically incorrect view is that Kashmir has passed the stop of a peaceful solution long back. The dose of religious indoctrination has ensured that radical Islam is the driving force, constantly used by Pakistan to fuel violence in the valley. This monster of jihad breeds an irrational mindset, which brooks no reasoning and feels that its invincibility has been ordained through religious doctrines. Cult-like status manifesting itself through hero like funerals given to killed terrorists shows that the jihadi ideology has made deep inroads into the Kashmiri society. Further, in the absence of any concrete political activity at the local level to engage with the common people, the possibility of terrorists coming to negotiating table remains miniscule.

Pakistan itself is enthused by Chinese financial support under China-Pakistan Economic Corridor and its strategic offshoots. It feels that India’s conventional edge which had been blunted after nuclear parity now stands completely neutralised with Chinese economic and military presence in Pakistan. This enthusiasm has permeated into their progenies in Kashmir as is evident from the increase in number of local volunteers which has reportedly gone up during the past year.

And there lies the tragedy of Kashmir.