The Naysayers Are Wrong. Here’s Why India Must Celebrate The Tejas 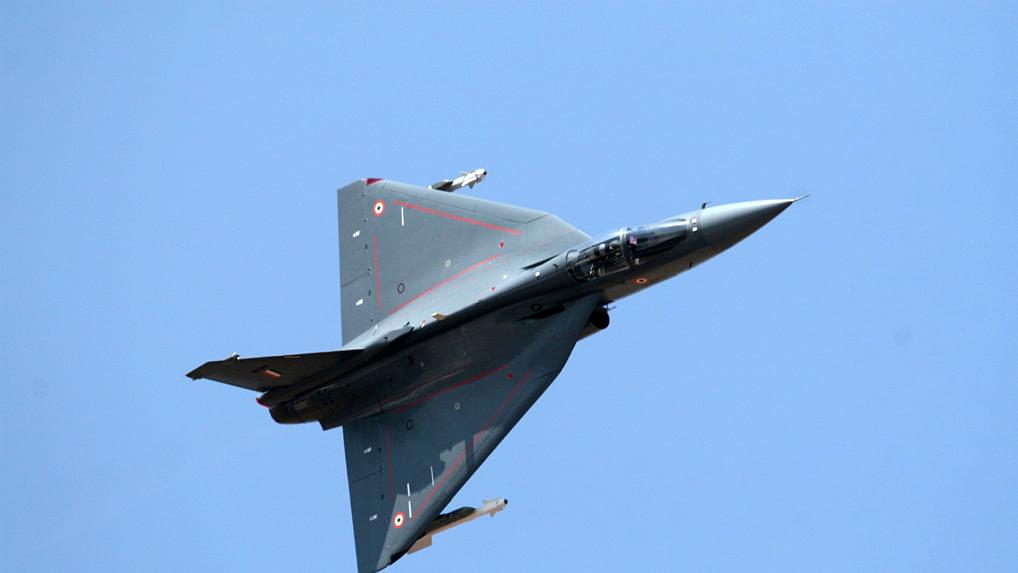 Last week saw the formal induction of two Tejas aircraft into the No. 45 Flying Daggers Squadron of the Indian Air Force. The squadron will begin operating from Bangalore before eventually moving to Coimbatore where it will be permanently based. It will form the early adopters group which will evolve tactics and iron out early difficulties in maintenance.

Twenty aircrafts will be produced in the current configuration. A hundred more may be inducted in an improved configured (Mk 1A) in the coming years if HAL and IAF stick to their commitments. But there are many who question the wisdom of continuing with the project. The argument is that the Tejas is quite late in the game, that it cannot hold its own against the sort of fighters that will be deployed against the IAF and that, technologically speaking, the Tejas is at least a generation behind aircrafts like Rafale that the IAF wants to acquire. Why continue with something that is do delayed and even out of date?

The arguments are not new: The jet is old, they say. 32 years in the making. There are 53 shortfalls in performance. 20 permanent waivers have been granted by Indian Air Force. The useful combat radius is only 300 kilometres. The Indian Air Force (IAF) is down to 35 fighter squadrons from a sanctioned strength of 42, and cannot afford the risk of inducting an unproven design.

While these figures are all technically correct, the absence of proper context makes them appear more damning than they should. More importantly, the narrow focus on cherry-picked performance parameters fails to take into account the larger picture: the one that puts the achievements till date (and there have been many) in the context of the industrial, economic, and strategic environment in which the project was undertaken. It also neglects longer-term economic and security benefits that have accrued as a result of this effort, the strategic implications of which go beyond any one individual program.

The root of this unwarranted—though no doubt well-intentioned—criticism is an ignorance of the scale of the effort that goes into a modern combat aircraft development programme. Many observers tend to see such a programme as a standalone effort by a single development agency. What they overlook, however, is that it is critically dependent on the presence of a vast industrial ecosystem that can supply the components and materials necessary to build high-performance aircraft.

The development of such an ecosystem is a time-consuming, painstakingly difficult, and expensive undertaking fraught with grave risks. It typically goes hand-in-hand with the introduction of homegrown aircraft designs, and progresses as these designs become increasingly sophisticated over the years. This setup has to be sustained with large orders from the end user, or it collapses upon itself.

In the 1980s, when India set out to develop the LCA (as the Tejas was referred to earlier), every advanced country that was working on cutting-edge fighter projects had two major advantages going for it: Years of experience building military aircraft, and a fully-developed industrial base which could provide in short order the components and subsystems that went into aircraft designs. For instance, the designers of the Rafale drew on decades of experience with advanced fighters like the Ouragan, Mystere, Super Etendard, Mirage-III, and Mirage-2000 for the French air force.

They could count on an assortment of well-established French companies such as Dassault Aviation, Sagem, Thales, Snecma, and several others to supply many of the critical technologies that went into the Rafale: composite materials, avionics, radar, flight control systems, engines, and so on. They also had near-unlimited access to a global network of aerospace suppliers like Moog Controls of the UK, Eaton Aerospace of the US, and TITAL GmbH of Germany to procure components and services that French vendors were unable to offer.

In contrast, India’s industrial infrastructure lagged woefully behind that of established industrial powers. The state-owned aerospace company, Hindustan Aeronautics Limited (HAL) was essentially an assembly shop for foreign designs, and had very little experience with large-scale research and development. So dependent were Indian industrial giants on foreign technology, they would routinely import simple tools like torque wrenches from abroad because the technology to make them locally did not exist.

There wasn’t a single Indian entity that could build composite airframes, aerospace-grade actuators, ruggedised (or even commercial-grade) avionics, multi-function displays, or high-performance jet engines. Each and every one of these items to be developed, from scratch, by the Defence Research and Development Organisation (DRDO) and its partners, or procured from foreign suppliers. Access to the latter became very restricted after sanctions were applied following the nuclear tests in 1998.

In spite of such hurdles, the achievements have been nothing short of phenomenal: India has developed a fourth-generation fighter from scratch, one that uses several critical technologies and subsystems that have been developed in-house on a shoestring budget. The LCA’s mission computers, electronic warfare systems, man machine interface, flight control systems, composite airframe technology—these have been developed in India and are all flying on multiple IAF aircraft today in the form of upgrades. The MiG-21 Bison, the MiG-27 Upgrade, theJaguar Darin III—they all source several local subsystems and components developed by Indian entities.

The Sukhoi Su-30MKI, which Indian aviation enthusiasts venerate more than any other fighter, owes much of its success to the DRDO-run Project Vetrivale, which was possible only because of the sweat and toil that went into the LCA programme. In the process, the nation has developed a respectable system of specialised companies and suppliers that can contribute to future projects. Astra Microwave, Data Patterns, and Samtel are just a few examples of companies that cut their teeth on the LCA and now offer world-class aerospace components, subsystems and services.

The benefits of the technologies and infrastructure developed as a result of these programmes extend beyond individual projects. Owing to their strategic nature, they have the potential to strongly influence economic and national security outcomes for the better. One could argue that they already do. They have enabled the manufacture of engineered systems for civilian and military use that are tailored to local requirements, as well as spin-offs in other sectors of the economy.

To take just one example, some of the technologies developed in the course of the Tejas’ Kaveri engine programme are now used by Bharat Heavy Electricals Limited (BHEL) in the manufacture of gas turbine engines for power generation. If exploited properly, they shall go a long way towards limiting the expenditure of foreign exchange on imported weaponry that generates very little economic benefit. More importantly, they shall empower the nation to take (or threaten) military action while limiting the risks of coercive pressure from hostile countries that might use technology embargoes or the termination of military sales to restrict the supply of critical military equipment.

And that is the real benefit of inducting a locally-made jet in large numbers, even though it may fall short on certain performance parameters. As Shiv Aroor so rightly says, the endless bickering over minute technical details has to stop. The enormity of what has been achieved cannot be allowed to come to naught because the Tejas’ turn rates are a couple of degrees short of what is required, or because the nose cone could be improved to achieve better radar performance.

With a home-grown fighter, the IAF gets a weapon that it can tinker with in unlimited amounts without having to seek approval from vendors guided by their own narrow interests. It gets the freedom to not treat that weapon as a scarce resource that has to be rationed across the breadth of the national border and not worry about treating as a scarce resource.

And with the technological know-how as well as an industrial ecosystem largely in place, the development of the next generation of fighter is bound to be a little smoother, a little less uncertain, and constrained by fewer technological hurdles than the LCA was.