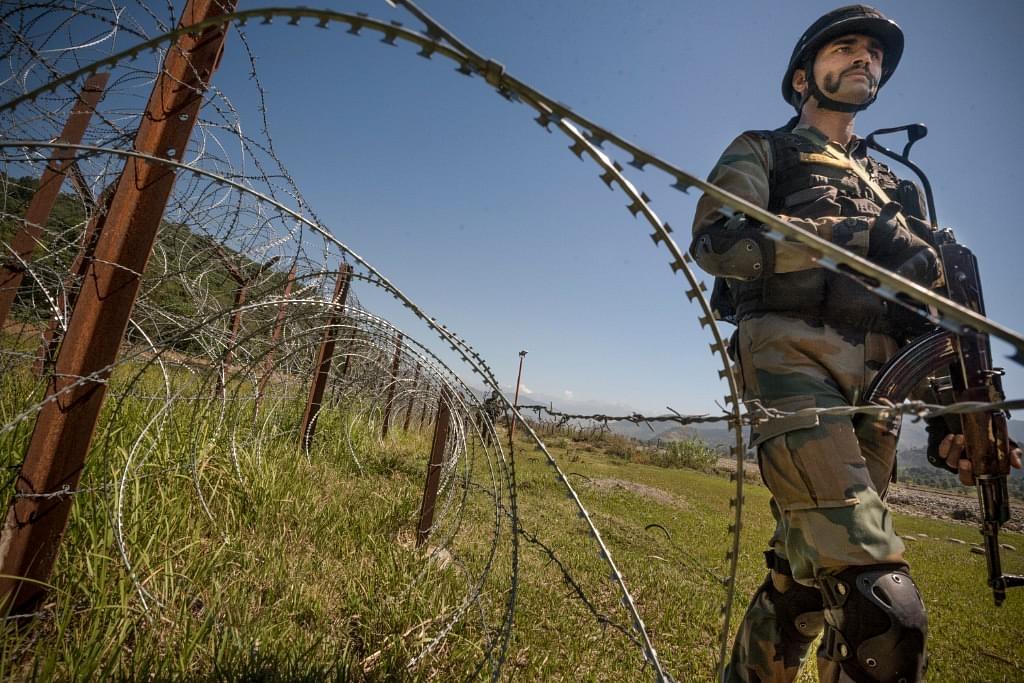 It has been more than two years since the Supreme Court of India ventured into a potential minefield that can vitally compromise the Republic’s defence and security structure. This refers, of course, to the judgement of the apex court in the Armed Forces Special Powers Act (AFSPA) case in July 2016 (Extra Judicial Execution Victim Families Association (EEVFAM) & Anr.Vs. Union of India & Anr. [Writ Petition (Criminal) No.129 of 2012]. After hearing the case that was filed by the families of persons who were allegedly killed in “encounters” by security forces in Manipur, a bench comprising Justices Madan B Lokur and U U Lalit had ruled that every allegation of use of excessive force by the armed forces or state police in Manipur that had caused deaths of individuals must be investigated. The apex court even took upon itself the task of monitoring the probes into the deaths of more than 1,500 persons who were victims of alleged extra-judicial encounters.

Subsequent appeals by the Union of India through review and curative petitions against the 2016 verdict were turned down by the Supreme Court in 2017 as was expected.

The results of this judicial innovation were soon forthcoming. Earlier this year, on 27 January, a violent mob in Shopian in Kashmir had isolated and attacked an Army convoy of 10 Garhwal Rifles. The rioters threw stones at the military vehicles and tried to lynch a Junior Commissioned Officer, after which warning shots were fired. When this had no effect, the soldiers opened fire on the violent mob and three rioters died.

The Jammu and Kashmir (J&K) Police, under instructions from the state government (then headed by Mehbooba Mufti), filed a FIR against the Commanding Officer of the Army unit, Major Aditya Kumar, who was not even present at the spot. Aggrieved by this blatantly unjust move, the father of Major Kumar and a Kargil War veteran, Colonel Karamveer Singh, moved the Supreme Court, to stop this travesty of justice. The good Colonel asked the apex court to quash the FIR, by asserting that the Army unit was only discharging its bona fide duties under the law to protect government servants and property.

The distraught father emphasised before the Supreme Court that he was compelled to file his petition on behalf of his son in order to protect the “morale of the soldiers of the Indian Army, who are facing enormous odds in the performance of their bonafide duties” and “to uphold the dignity of the Indian flag”. The petition also emphasised the manner in which the J&K state authorities, the political leadership and the local civilian administration had portrayed the lodging of the FIR. It also questioned why no FIR had been registered against the violent mob. The petition averred that all this reflects the extremely hostile atmosphere in the state. The Colonel was clear that savage attacks and atrocities against “serving personnel of the armed forces… operating in the state of Jammu and Kashmir are increasing day by day”.

The apex court found it difficult to dismiss a petition like this and ordered interim protection to the young Major. Given the labyrinthine progress of court cases in our country, one is not sure how long it will take for the shadow of the legal menace on the young warrior to be finally lifted.

However, recent developments in this area are even more significant. Within the last month, two groups of serving Army officers and soldiers have approached the Supreme Court in two different petitions and sought protection against criminal cases that might be instituted against them for merely carrying out their legitimate duties in insurgency-hit areas. These soldiers are pleading before the apex court that there should be no dilution of the provisions of the AFSPA that protected them from prosecution without the express sanction of the Union government. The two petitions have been admitted by the Supreme Court and will, one trusts, be heard soon and the country’s highest court will, hopefully, render justice under the tenets and framework of law, ethics, morality and principles.

All this brings us back to the key issues that the recent developments have thrown up. The first deals with governance and administration while the other falls under the realm of our nation’s existential crisis. Let us deal with each of these broad themes.

In any modern democratic country, different state institutions work in their own distinct spheres and interact with the others in a clearly defined manner. The three organs of a modern republic (or even a constitutional monarchy) are universally recognised as the legislature, the executive and the judiciary. They all function in a harmonious and mutually-reinforcing manner, in accordance with the rules set out in their country’s constitutional documents. These rules have an inbuilt sanctity and have been refined and fine-tuned over centuries and decades (as in our case). The fundamental characteristics of these rules are non-interference in the functioning of the other wings of the national framework, mutual respect, and the overarching need to preserve the integrity of the entire structure of the country’s governance.

As is evident from what has been spelt out here, the primary duty of every member of the three wings is to avoid turf wars. This needs sagacity, maturity, intellectual honesty and courage. Encroachment by one wing (or even a part component of a wing) in another wing leads to unavoidable friction and tension in the country’s governance fabric. The same applies to internecine warfare within each of the wings, as we will discuss a little later in this article.

This writer has been observing this subject for quite some time. Over the years, his opinion about the role and functioning of the country’s higher judiciary (the Supreme Court and the high courts) has steadily veered to one inescapable conclusion - this branch of the Indian constitutional structure has become overwhelmingly powerful and non-accountable.

In my article on this portal last year, I had ventured to say that the higher judiciary had become “untouchable”. “Many commentators are criticising the Supreme Court’s ill-advised moves to venture into a terrain that it really should not. ‘Judicial overreach‘ is a term that one gets to read very often these days. It certainly has the necessary gravitas and the requisite tact that are obligatory when commenting on the conduct of the highest court in the land.”

Along with other commentators, I advocated that the Union government must take a determined stand and the highest court must do some self-introspection and must retreat after having crossed the Lakshman rekha. However, there is another ill wind that blows across our national landscape and makes the situation dire. This is the inability of the executive and the legislature to rein in the nation’s humongous civil bureaucracy.

Worse, some of these babus are indulging in daylight robbery of the country’s resources, by virtue of their unquestioned clout and the stranglehold they have on the political class (the legislature). Indeed, the complex nature of the various forces and pressures that are at work in India defies most analysts and quite a lot of theory. I have given it a shot earlier on this portal in a recent article.

Destroying or critically undermining the capabilities of our armed forces to combat terror will be inviting the country to commit hara kiri. This is not a hyperbole. It is not the Supreme Court alone that must be critiqued. The executive, too, bears a lot of responsibility in this matter. Along with a number of other analysts and commentators, this writer has also consistently written about the onslaughts on the nation’s sword-arm by the bureaucracy, often under the protective umbrella of the political leadership.

Over the last seven decades, the list of dishonour heaped on our warriors by the babu-neta clan should be briefly listed: (a) persistent downgrading of the military in terms of emoluments, privileges and status, as compared to the babus (b) abysmal failure to provide and procure necessary military hardware, even when the armed forces have been found to be critically deficient in many areas, particularly in their ability to confront dual threats from Pakistan and China simultaneously (c) making the armed forces subservient to the bureaucracy under the pretext of the military being under “civilian control” (d ) as a corollary of the earlier category, failing to institute the post of Chief of Defence Staff, reporting directly to the Defence Minister and finally (e) the present ignominy that the defenders of our Republic are being made to go through.
And now comes this onslaught by the judiciary.

One cannot but hypothesise that one of the major reasons that lead the politicians, the bureaucracy and the judiciary to cast aspersions at the military is the overwhelming respect and support that the Indian public routinely and steadfastly extend to our armed forces. This has been proved time and time again – the fauj is miles ahead of the other organs of the Indian state in the eyes of the citizens. Therefore, pulling down the military is fair game in the eyes of the others in the race. Ultimately, it is conceivable that the simplest explanation may suffice, when other sophisticated theories do not fully pass muster.

Many of us in our school days were made to read the epic poem of a First World War soldier, John McCrae, who faced the horrors of trench warfare for his country’s honour and survival, and sent this plea to his fellow-citizens:

Loved and were loved, and now we lie,

Take up our quarrel with the foe:

To you from failing hands we throw

The torch; be yours to hold it high.

If ye break faith with us who die

We shall not sleep, though poppies grow

One can transport ourselves through hundred years and it is the voice of the present-day Indian soldier that we hear in these words. Comparisons are invidious but the following lines engraved in the Siachen Memorial, whose authorship I have not been able to ascertain, resonate more immediately for me:

Quartered in snow, silent to remain. When the bugle calls, they shall rise and march again.

Are the judges, babus and netas listening?