Why Defence Of Ladakh May Lie In The Indian Ocean 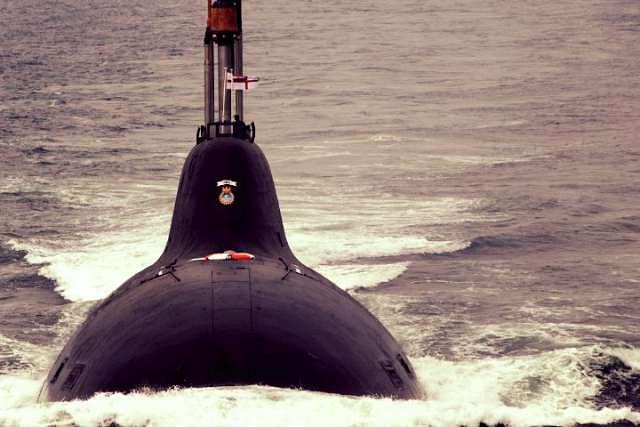 There is a cliche in international relations: “Nations judge each other by their capabilities and not by their intentions as intentions can change overnight”.

Relevance of this cliche was on display on 15 June 2020 when we lost precious lives of our brave soldiers on China border in Ladakh.

Himalayas being this huge physical barrier, historically our border with China has remained largely insulated and peaceful.

But lately, it seems intentions have changed with change in capabilities.

This article limits itself to discussing how India can develop a coercive capability at one of the points of weakness of the adversary and how it can be leveraged for ensuring peace.

A lot has been said and written about what is known as Chinese ‘Malacca dilemma’. Malacca dilemma is a term coined in year 2003 by Hu Jintao, the then president of China.

This explains the vulnerability of China and its critical dependence on Strait of Malacca for securing its 70-80 per cent of oil supplies and trade.

Strait of Malacca is a narrow sea passage between Malaysia and Indonesia with Singapore located on its mouth and Andaman and Nicobar Islands close by.

Presence of the US Navy in Singapore and Indian Navy in the Andamans make it a potential choke point.

This Chinese vulnerability is so huge that a lot of its actions, defence and foreign policy goals, can be seen as a response to this dilemma.

To break out of this constraint, China has adopted a multi-pronged approach.

Firstly, it tries to reduce its dependence on Strait of Malacca by developing alternate routes. Its efforts of using Gwadar Port in Pakistan and supply route through China-Pakistan Economic Corridor is one such effort, which tries to reach western China directly through Arabian Sea.

Again China is trying to build an oil pipeline through Myanmar directly to China. It is also proposing to build a navigable canal (known as Kra canal) through Thailand to short-circuit Strait of Malacca.

Wherever possible it also uses Sunda Strait or Lambok Strait further south as alternate routes. But fact remains that all these alternate routes are either long, or inefficient or both.

Being away from Chinese mainland and in Indian Ocean, they also remain vulnerable to hostile military forces. Second leg of Chinese strategy is geared to undermine this military threat.

It tries to secure southern end of Strait of Malacca through a carrot and stick policy, which uses a mix of bullying and bribing the littoral states.

Its efforts at laying claims to all of South China Sea or different islands along this sea route may be seen as the proverbial stick used for bullying. Bribing is done through the lure of carrot of investments.

But China finds itself on a relatively weaker ground while securing the northern end of this strait as it has to confront a very large country like India. Its strategy at tackling this potential threat is much more nuanced.

While dealing with India, China seems to adopt this Sun Tzu saying, “if you are far from the enemy, make him believe you are near.”

As Chinese vulnerability lies in the seas, far from its shores, it tries to keep us occupied up north, in the Himalayas.

Seeing it thus, China’s behaviour of arming and encouraging Pakistan against India and not settling its border dispute with India can be seen as diverting our time, money and focus away from Indian Ocean.

This diversionary tactics may be seen as operationalising the Sun Tzu’s philosophy of subduing the enemy without fighting. Apart from such diversionary tactics, China is also building its military capabilities to directly counter its unique geostrategic weakness.

China’s strategy is to develop weapons, which specifically counter and work on the vulnerability of its adversaries.

Looking out towards the sea from its coastal economic hubs, China sees itself hemmed-in by the mighty US Navy through its bases in Japan, Hawai, Guam and Philippines in the Pacific. And then further south it has this choke point of Malacca.

Aircraft carriers primarily came into being during the Second World War, in which they were used by the US and Japan to extend their reach across the vast Pacific Ocean. These days they are used to fight wars away from one’s own shores and are used as a tool for power projection.

These missiles intend to deny free access to the US aircraft carriers near Chinese shores. Second in line are the submarines, which are our area of interest right now.

Submarines, right from the days of German U-boats, are a weapon of choice for denying your adversary free access to the seas. Lurking inside the sea and being stealthy in nature they play on the psychology of the adversary. With time, their role has evolved and specialised.

In the realm of conventional submarines, China has improved upon its earlier diesel-electric submarines and deployed submarines with air independent propulsion (AIP), which drastically increases their range, endurance and stealth.

Open sources reveal that its latest Yuan-class submarines operate on AIP. As AIP is based on fuel cells, these submarines do not require to surface daily to run their diesel engines to recharge their batteries. Fuel cells also mean less number of moving mechanical parts, making them quieter and stealthier.

China also has worked upon and improved on its nuclear submarines. These submarines powered by nuclear fuel have theoretically infinite endurance. Their range is only limited by crew fatigue and availability of food supply.

Looking to challenge the US in Pacific and to keep more than a toe-hold in the Indian Ocean, China is rapidly deploying Type-093 Shang-class and Type-094 Jin-class nuclear submarines.

Type-095 and Type-096 are also in various stages of development and deployment.

Bigger and quieter from their earlier generation, these are both attack submarines (SSNs) and strategic ballistic missile submarines (SSBNs), popularly called as boomers.

China hopes to dominate Indian Ocean with bases in Djibouti and Gwadar through these nuclear submarines.

It is also noteworthy that recognising the vulnerability of aircraft carriers and lack of usefulness in addressing its unique threats, China operates only two aircraft carriers (Liaoning and Shandong) as of now. These two also have been acquired by it during the last decade only.

Now, let’s consider what should be our appropriate strategic response and what are we doing to counter this threat.

India has been operating at least one aircraft carrier for the last 60 years.

Currently, it has one INS Vikramaditya deployed and another one in the making. It plans to add another one after that and operate three carriers at a time in future.

In comparison, it has may be 14 diesel-electric attack submarines, one SSBN or boomer (INS Arihant) and one nuclear attack submarine (INS Chakra) taken on lease from Russia.

Of the diesel-electric attack submarines, India is in the process of acquiring six Scorpene class French submarines under Project P-75.

These submarines are known as hunter-killer, are capable of AIP and are considered one of the best in the world due to their stealth features.

They are capable of anti-submarine, anti-ship, land attack, mine laying and intelligence gathering roles. Their only limitation is their limited numbers in service as of now.

Aware of this Chinese submarine threat, India is also augmenting its anti-submarine warfare capabilities through deployment of Poseidon-8I planes and acquisition of Romeo MH-60 helicopters from the US.

These two weapon systems are also considered the best in their class and known for their formidable surveillance, detection and anti-ship and anti-submarine warfare capabilities.

So, on the face of it everything seems fine with our strategic vision. But a bit closer look may reveal a contradiction.

A report in The Print dated 21 February 2020 indicates that the Indian Navy is planning for the third aircraft carrier but the Chief of Defence Staff seems to have some reservations about it.

The issue is that India is planning for more aircraft carriers and submarines simultaneously. Given our size of economy and availability of resources, this may require a trade-off and deciding in favour of one over the other.

How do we settle the debate? Two incidents may help in throwing some light.

First incident is when at the peak of Bangladesh’s war of liberation in December 1971, the US decided to deploy its 7th fleet to the Bay of Bengal. This fleet deployment, led by the aircraft carrier USS Enterprise, was to coerce India.

This force projection was working fine till the time it was learnt that this fleet was being tracked by some attack submarines of the USSR.

It is possible that these submarines deliberately got discovered to put psychological pressure on the US. The end result was that Pakistan was disappointed while waiting for 7th fleet to arrive.

Second incident also relates to this war only. Now, a lot has been written about the sinking of Pakistani submarine PNS Ghazi near Vishakhapatnam harbour. But the threat perception of this lone Pakistani submarine required Indian Navy to remove and deeply camouflage the movement of INS Vikrant, our sole aircraft carrier.

These incidents reveal the advantage a submarine enjoys and effectiveness it has as an area-denial weapon of choice.

Since those days of 1971, submarines have evolved a lot and have only become stealthier and quieter.

Aircraft carriers on the other hand require heavy capital expenditure upfront and have high operational costs as compared to submarines.

Aircraft carriers also concentrate strategic resources at one place making them attractive targets for the enemies.

So, looking at the distance of major sea lanes and Strait of Malacca from Indian mainland and Andamans respectively, an area denial weapon like a submarine seems preferable to a force projection weapon like aircraft carriers.

We should also further augment them with our enhanced anti-submarines warfare capability. So, more of P-8Is planes and Romeo M-60 helicopters may be the need of the hour.

So, where have we reached with all these arguments?

Given the overall geostrategic environment we should prioritise allocation of resources towards acquisition of an effective submarine force and also enhance our anti-submarine warfare capability.

Two aircraft carriers and our location should give us a chance for dominance in the air.

Looking it this way, our capability to track Chinese submarines and ships in Indian Ocean and our leverage to block the Strait of Malacca may be the best guarantor of peace as compared to any pious intentions.

China has been the biggest beneficiary of this rule-based world order and has harvested rich dividend of peace.

It has become rich without fighting any serious wars.

Given the right leverage, being a rational actor that China is, it shouldn’t choose conflict. But this outcome hinges on us acquiring that capability. Because, as the cliche goes, intentions can change overnight but capabilities cannot.