Why India Must Get The Better Of Hybrid Warfare 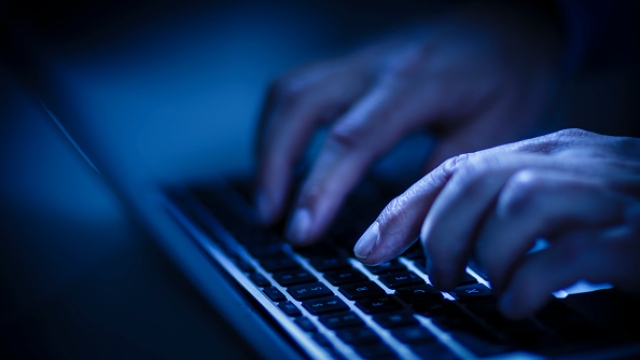 Cyber warfare is the latest addition to the spectrum.

This piece is a spin off from the happenings in Jammu and Kashmir in the last three months. It is increasingly clear that what we have faced all these years and will continue to do so is hybrid conflict. Hardly anyone is fighting conventionally any more. That’s for training yourself and for readiness as part of deterrence forces.

Why do I perceive the need for all national leaders and intellectuals to be fully conversant with the hybrid variety of conflict? Simply because the military part of this warfare is just a small subset. It is more about the nonmilitary aspects but the label ‘conflict’ throws it squarely back at the military without a second thought. Preconceived are the thoughts that these terms belong to the Armed Forces, not even the police or the intelligence community. This is the reason why in India in particular we are unable to cope with hybrid threats. The non-military threats are all perceived as stand-alone ones. Few in the domain of academia realise their crucial role, and the business community’s interest in such issues is abysmal.

So what’s this sudden brainwave all about? Here is one nice and complex definition which you would do well to read once and then look at the different domains it covers, once again. “Hybrid conflict has been defined as a combination of conventional, irregular, and asymmetric means, including the persistent manipulation of political and ideological conflict, and can include the combination of special operations and conventional military forces, intelligence agents, political provocateurs, media representatives, economic intimidation, cyber-attacks, and proxies and surrogates, terrorist, and criminal elements.”

Let us be clear hybrid conflict is nothing new; it is just that the various segments of the conflict spectrum are getting more complex with introduction of new technology and also with regressive actions such as stone throwing. The use of narcotics to paralyse a society is another novel way of non-violent conflict.

A mix and match of the various domains of the conflict spectrum is the concept in hybrid conflict; in doses as perceived to be effective for a situation. In other words, you can closely examine the spectrum and identify the range of conflict activities that you can indulge in and exploit with your experience, imagination and resources. You can add a few innovative ones too. For example, cyber warfare is probably the most crucial new entrant into the spectrum after the introduction of the World Wide Web and modern networks. Cyber warfare and stone throwing are two poles within the spectrum and quite dramatically different in scope, content, resources and effect. Networks have enabled social media, and social media is the new weapon too, as a part of information warfare. It can get an entire community to rise in arms or simply resort to as archaic and as banal an activity as stone throwing. It can generate flash mobs at encounter sites in counterinsurgency situations or whip up passions for separatism by spread of hate speeches or disinformation.

Through the first Kashmir uprising led by the Hurriyat in 2008-2010 few were aware that Syed Ali Shah Geelani’s chief guide was a book by Gene Sharp called From Dictatorship to Democracy - more specifically the write-up by Sharp - ‘198 Methods of Nonviolent Action’. That, nonviolent action used in a novel way could become such an important subset of hybrid conflict few could appreciate. Geelani’s ‘chalo programmes’ took a leaf from Sharp’s book, and the protest calendar too was an idea taken from there.

Hybrid warfare is ensuring that security agencies cannot look at just their narrow domains because there is such rapid intermingling and overlap of domains here that everybody needs to know something of everything. This is one of the reasons why there is such paralysis in the Indian security community on information warfare or adopting proactive ways of bringing information operations to the fore while dealing with hybrid conflict. No one knows whose domain it is, certainly not the Information Ministry. Since we do not know, it remains unexploited while the adversaries merrily use it against us.

From across the Line of Control (LoC) a sharp and well informed leadership of the Inter-Services Intelligence (ISI), which has understood and experienced the hybrid domain in Afghanistan, is now applying it against us progressively with greater understanding than ever before. It has selected various domains for its ‘mix and match’ strategy. It also emphasises on a combination of these in a given duration. From the activities of the Border Action Team and infringements of ceasefire, to terrorist actions in hinterland, financial conduits including fake currency, to attempts at civil disobedience and stone throwing, use of mosques for ideological warfare and targeting of political functionaries and police officials, there is no limit to the range that it has chosen to adopt. Most of our nonmilitary leadership is unaware of the nuances of this type of conflict. Without the basic knowledge it is unnerving to be hit by a situation which is typically hybrid in every way. The political community and the bureaucracy need to be briefed and orientated to this.

It is now the Army which has been tasked to establish order. If the higher leadership of the Army has not done its job of sensitising and actually teaching the commanders and staff about hybrid conflict it will be found wanting. I am aware that a modicum of understanding exists within the Army officer cadre but yet insufficient. The task at hand of re-establishing state control is a challenging one and has not been attempted before. In 1990 a similar situation arose. However, then the presence of the Rashtriya Rifles was not there and much more kinetic was our approach. No one is advising the Army to follow a benign or soft approach; let it be completely situational. What the Army has to remember is the basic principle of countering hybrid conflict – ‘whole of government approach’. It should not attempt to do it by itself but by empowering the police, the administration and the political community. It acts as the enabler and the stand by element to respond. The Army is there for everyone to rely upon and it must make itself omnipresent without becoming the overarching authority.

Hybrid conflict is more akin to manoeuvre philosophy - it opposes attrition and linear approach. It’s a question of how good a conjurer one can be to mix the right domains at the right time. One of the most difficult things in this situation is the measuring of success. Victory must not be a notion at all since there is nothing black and white here. This is one of the reasons why we failed to appreciate that pulling out the Army was always fraught with danger and that Armed Forces (Special Powers) Acts is really not such a bad law if you correctly play the information game related to it.

The fact that the Army’s Center for Land warfare Studies (CLAWS) is conducting a full day seminar on hybrid conflict in the very near future should be an indicator for all that there is a need for a clearer understanding of this all-pervasive threat.