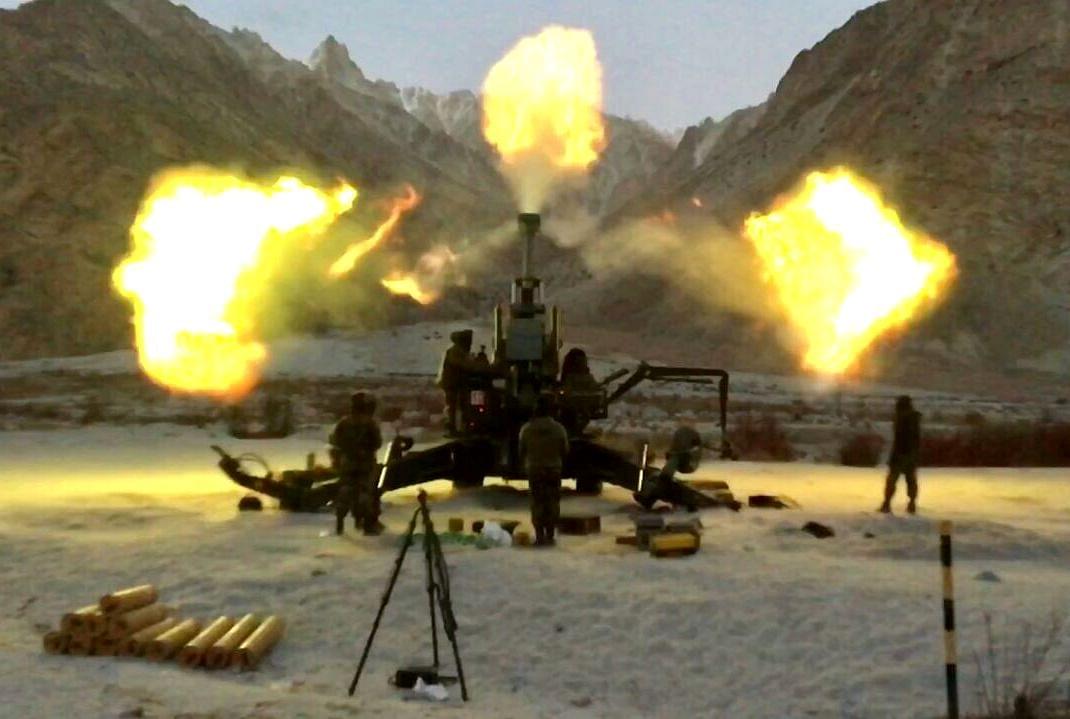 The Indian Army had pounded Pakistani positions along the LoC in the Keran Sector on Friday afternoon. The Keran Sector, along the norther-most parts of the Neelum valley, is a favoured infiltration route used by terrorists to infiltrate into India, so much so that it has come to be known as an “infiltration highway”.

Events over the last two weeks, according to many commentators, suggest that this was a calibrated response to Rawalpindi’s provocations, which include ceasefire violations to aid the infiltration of terrorists from terror launch pads. This, observers have suggested, is clear from what the army has been saying over the last few days.

“The situation has been particularly hot south of Pir Panjal and as the snow melts with the onset of summer, the LoC will become hotter in the north also. We can see early signs of that,” a senior army officer said on 5 April.

The army feels, “all indications are for a very hot summer in Kashmir this year”.

Events leading up to the Indian Army’s response:

24-30 March: Multiple instances of ceasefire violation and shelling reported from different sectors along the LoC. India responds to provocations.

1 April: Indian Army noticed movement of infiltrators near fence in drone imagery, which was later confirmed by footprints in snow in the area.

The infiltrators had entered Indian territory from Shamsabari range and were hiding in ‘Gujjar Dhok’ (temporary shelter for nomad).

Indian Army launches Operation Randori Behak. Search parties which have troops from the 8 Jat Regiment are deployed to locate the infiltrators. The troops manage to engage the terrorists briefly but they escape.

2 April: Soldiers from 41 and 57 Rashtriya Rifles also join the operation.

At around 4:30 pm that day, the soldiers manage to engage the infiltrators with heavy gunfire, but they escaped from a ledge.

In an unrelated incident, two army soldiers were injured on the LoC in shelling by Pakistan Army in Balakot area of Poonch district.

Ceasefire violation, firing of mortars reported in the Nowshera Sector of Rajouri.

4 April: Given the difficult terrain and the challenges involved, the army called in Special Forces. At least two squads — with six men each — of the 4 Para (Special Forces) were deployed by the army to search and eliminate the terrorists. The commandos were dropped off in waist-deep snow from a Dhruv helicopter.

This picture, captured at 12:45 pm on 4 April, shows one of the soldiers standing waist deep in snow as the others emerge from the helo.

5 April: Around daybreak, one of the two squads, which was following the footprints of the terrorists in snow, found itself on a cornice — an overhanging edge of snow on a ridge or mountain precipice. It collapsed under their weight and they fell into a nullah, only a few meters away away from where the terrorists were hiding.

Four terrorists were killed by the commandos in the close quarter fight that ensued. One of the five terrorists, who had managed to escape from the site, was killed by troops from 8 Jat near the LoC. Five of the six commandos died, three at the site of the encounter and two after being airlifted to Srinagar.

The remains of the commandos were found only a few metres (within two metres, by some accounts) away from those of the terrorists, indicating that the firefight took place at virtually point blank range.

“The situation has been particularly hot south of Pir Panjal and as the snow melts with the onset of summer, the LoC will become hotter in the north also. We can see early signs of that,” a senior military official says.

“Ceasefire violations are directly linked to infiltration attempts,” he added.

9 April: Inter-Services Public Relations (ISPR), the propaganda wing of the Pakistan Army, claims that an Indian quadcopter that violated the country’s airspace in the Sankh Sector along the LoC was shot down. ISPR’s press release claimed the quadcopter intruded 600 metres inside Pakistan’s territory.

According to observers, the use of artillery is a clear escalation, and the choice of using heavy weapons suggests that the aim of the army was to send a message that it was ready to do “whatever it takes” to push back.

This isn’t the first time the army has used howitzers during a flare-up along the LoC in peace time.

Most recently, in October 2019, India had conducted a precision artillery strike using Bofors guns in response to Pakistani Army firing in the Tangdhar Sector of Kupwara, in which two Indian soldiers and one civilian were killed.