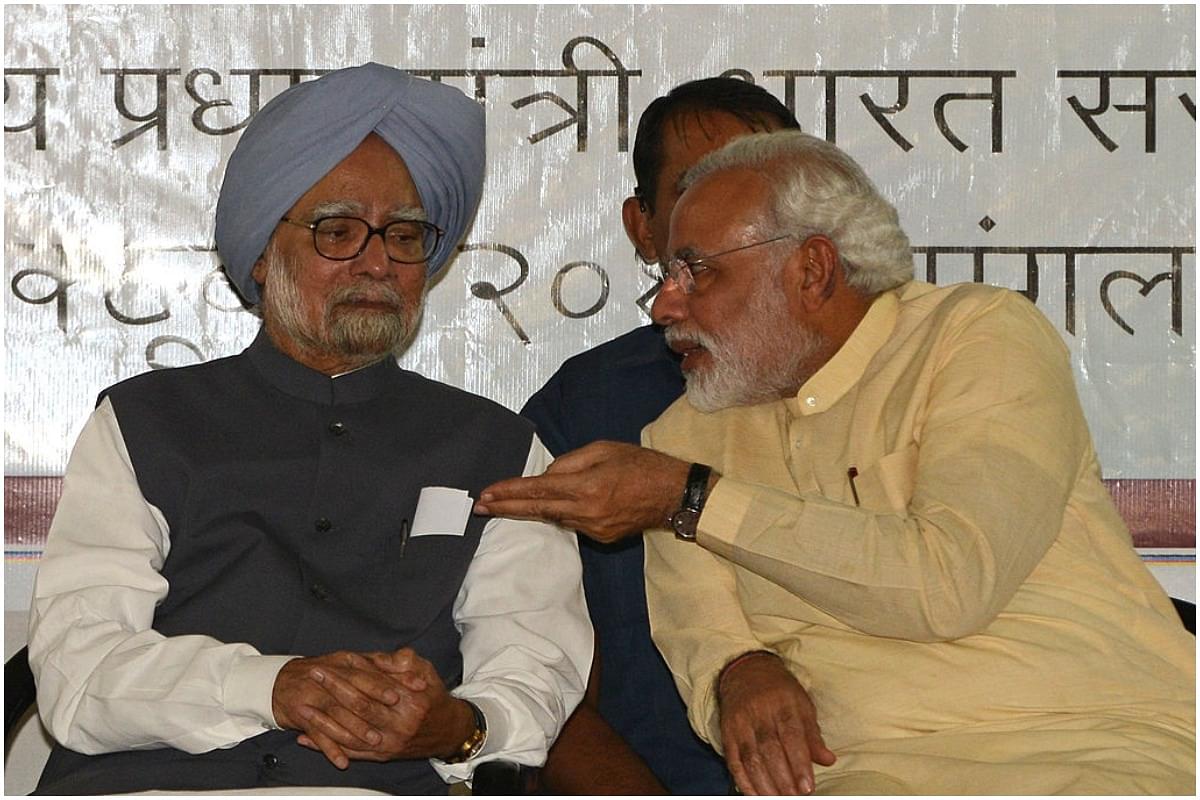 The Congress-led United Progressive Alliance (UPA) government was unceremoniously booted out by our electorate in May 2014 for three primary reasons: venal corruption of sub-Saharan levels, economic mismanagement, and a curious disregard of vital security needs.

The corruption led to policy paralysis. The financial mess led to rising prices, inflation and deficits. And the inexplicable apathy demonstrated towards strategic matters led to a debilitating reduction, and inordinate delays, in the acquisition of weapons platforms and systems.

For 10 long years, from 2004 to 2014, military requirements were given such Cinderella treatment, that not a single major order for advanced fighter jets was placed by the Manmohan Singh government.

Instead, his Defence Minister, AK Anthony, glibly told the public that they didn’t have money for capital purchases.

Unbelievably, this same Anthony also informed parliament that not shoring up border infrastructure was actually a crafty strategy. People didn’t know whether to laugh or cry.

As a result, whatever the military got, during this second Ashokan decade (a painful reference to Jawaharlal Nehru’s naïve, militant pacifism of the 1950s), was mainly thanks to acquisition plans approved by previous governments.

The navy and our missile programmes suffered slightly less, but only because they, mercifully, had already started building for themselves by the time the Congress fatefully returned to power in 2004.

This is the dangerous quagmire Narendra Modi inherited from the Congress, when he and the Bharatiya Janata Party (BJP) wrested the popular mandate in May 2014.

Not only had India lost 10 precious years on the world stage, but a slothful Congress approach to critical defence developments, and purchases, along with an impoverished treasury purse, meant that Modi would be severely handicapped in implementing his party’s strategic policies.

He had neither the money nor the materials to play the great power game.

It was also clear as mud that covering up for lost time, and building up our forces to requisite levels, would take 10 to 15 years. The trick, then, was to somehow devise innovative stopgaps (until a robust, homemade force was built), which countered the shocking apathy of the preceding decade, while giving our military a few fresh fangs to bear at unfriendly ‘friends’.

Seven years on, with Chinese forces now permanently parked in droves along our great mountain chain, and Beijing having made it clear, finally, that they prefer a strategic relationship with Islamabad over better ties with Delhi, how has this stopgap policy worked?

Although this approach has not been declared explicitly by the government as formal policy (and no one in the Opposition or mainstream media seems to want to know), it is an uplifting image which forms, when we connect a few dots.

First is the integration of border infrastructure within the ambit of social spending. Key tunnels in our hill states, like the Atal tunnel under the Rohtang Pass in Himachal Pradesh, have more strategic significance than is popularly understood.

But since these tunnels would also boost commerce significantly, the net result is that they will pay themselves off while simultaneously boosting military capability.

Same too, with the slew of all-weather roads being built; for perspective, readers would do well to note that present plans to greatly improve the Char Dham pilgrimage circuit, in Uttarakhand, means that access to the Mana Pass, on the Tibetan border is going to get that much easier for our military.

Second is a sparkling innovation by DRDO to overcome a shortage of submarines — a missile which delivers a torpedo to a location in seconds.

Called SMART (Supersonic Missile Assisted Release of Torpedo), this is a unique weapon which has the potential to change the very nature of anti-submarine warfare: instead of subs chasing subs, our SMART launches from a variety of platforms, has a range of over 600 km, and reduces the risk of exposure our submarines to hostiles.

Third, India has purchased a number of phased-out second-hand Mirage 2000 aircraft from France, to cannibalise them for spares. This would keep our own potent Mirages, who led the Balakot strikes, flying for some more years to come.

Fourth, the Indian air force has weaponised its fleet of Hawk trainer jets with precision strike weapons. While these planes aren’t expect to participate in air combat, their new ability to drop munitions means that the Hawks can do severe damage to airfields, depots, cavalry and suchlike, once the big birds have captured the skies.

The purchase of Rafale fighter jets from France, though, shouldn’t be counted as a stopgap measure just yet, since the decision on a few more squadrons is still pending.

Despite these few examples, and more, the number of fighter squadrons continues to dwindle as age catches up with the Jaguars and Mig-21s, our submarine shortage will only worsen in the coming decade before it improves, the army still awaits bulk orders of main battle tanks and howitzers, and planners are now confronted with the prospects of a veritable ‘two-and-a-half-front war’ (Pakistan and China acting in tandem, along with the enemy within).

And yet, the one word missing from our strategic vocabulary is ‘consternation’. Why is that, when the lacunae are so vividly apparent?

Prime Minister Modi offered a clue at Nowshera on Diwali day, while addressing troops, when he said that “Today's warfare is not limited to operational capabilities…Today, technology and hybrid tactics have to be in tandem and in coordination... So, we need to reform consistently and our preparation should be according to the fast-changing landscape across the world”.

Obviously then, we may infer in conclusion, that stopgaps were employed to ensure that operational readiness didn’t fall below a certain level, while an entirely new paradigm of warfare was evolved to ensure the defence of our realm.

Does that mean a quantum leap in missile tech? Does that mean the advance fighter jet programmes are moving faster than believed? Was the recent Agni-V missile test, held so oddly at night, something more?

Are we folding commerce, diplomacy, geopolitics and pure military power into a firm new fist? Is this why China blinked first at Doklam, and then again in Ladakh? Alas, if we can’t confirm then we mustn’t speculate.

Instead, it is enough for now to say that, while the benefits of an innovative stopgap approach have accrued to India, the shame of our nation being forced to trudge this path shall remain forever with the Congress party.