Why Pakistan’s Strategic Confidence Is On The Wane 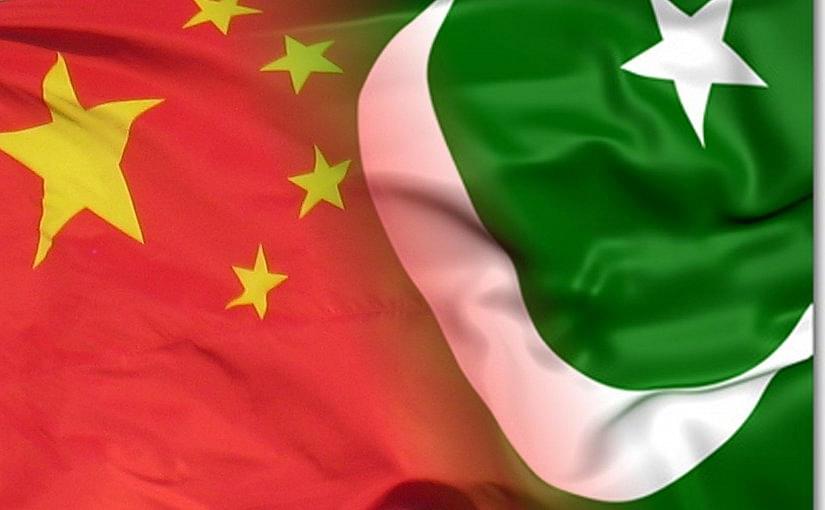 Pakistan betters us at a couple of things. First is its outreach and ability to tell its version of every story to the world well before us. The second is its capability to exude confidence far beyond what the circumstances actually permit. Its soldiers tend to be brash and project artificial and unrealistic bravado when facing Indians; almost as if a defensive mechanism has been switched on. That can be attributed to the emotive response to its defeat in the 1971 war; something they don’t have control over.

Admittedly, in the last two years or so, I deduce from my observations and subsequent analyses, based on many conversations with Pakistani citizens that the country’s strategic confidence has been on the rise, to the point of actually adding cockiness to the national image. Without going into too much detail, the reasons for this surmise are alluded to six factors.

First, an economy which was then perceived as improving, at least till recently. Second, the enhanced strength of the strategic relationship with China arising primarily out of the flagship status given to the China Pakistan Economic Corridor (CPEC) within the Belt and Road Initiative (BRI). Third, the return to good old days with former ally Saudi Arabia; General Raheel Sharif's appointment as head of the 42-nation Islamic Military Counter Terrorism Coalition being the facilitator. The relationship had some challenges when Pakistan refused to send troops to assist Saudi Arabia in the war in Yemen. Fourth was the Russians warming up to Pakistan although with an intent to maintain the balance of power in the subcontinent after India moved towards a strategic partnership with the US. Fifth, with an improvement in the counter terrorism situation, Pakistan believes that it had won the internal security challenge it had been confronted with since 2007. Sixth and the last was the US blowing hot and cold without ever being able to carry out its threats against Pakistan, even through the first year of the Donald Trump Administration. This is inevitable because the US is compelled to maintain its troops in Afghanistan, facilitated by Pakistan, and its lines of communication. Also, the necessity of keeping terror networks such as the Haqqanis under control obviated any meaningful coercion against Pakistan.

Now in the last few weeks as my travels bring me in contact with people from Pakistan, they appear to reflect diffidence with an almost overnight dilution of confidence in their nation. So what has happened that there was such a dramatic turnaround in self perception? I think many in Pakistan are beginning to believe less in what their government and their army tells them.

On the one hand, we hear of 5.8 per cent gross domestic product growth this year with prospects of Pakistan heading towards the 7 per cent figure. However, devaluation of the Pakistani rupee twice, taking it to an exchange rate of Rs 115 to a dollar, doesn't appear to signal such strength in the country’s economy. With just $12 billion in its foreign exchange reserves, Pakistan was placing many eggs in the basket of the Chinese, especially after CPEC was heralded as the flagship project of BRI. Neither the Pakistani citizens nor their media appear to have any clarity about the viability of the CPEC and its profitability for Pakistan. Informed sources point out that once debt servicing of the loans received for the CPEC begins, there could be an outflow of as much as $5 billion per year. Queries and discussions elicit no intelligible responses; everyone seems to be at sea.

The spectre of what is being experienced in Sri Lanka's Hambantota as well as the case of leasing of the naval base in Djibouti seems to be causing some consternation about what deals with the Chinese really mean. Amid brief mutterings about how well Pakistan knows about Chinese dealings, the follow up questions on other domains such as the CPEC's effect on the psyche of the common Pakistani receive even more negatives. Pakistan's public demands to know where the promised jobs are, everything seems to be done by the Chinese themselves. The Chinese presence in large numbers is causing security problems and the ultra radical elements which constitute a fairly large number are not happy with the infringement on Islamic culture and ways.

The fact that the Chinese are wary of Pakistani businessmen travelling to the Xinjiang area is also not going down too well with Pakistanis, who have taken the Sino-Pakistani relationship for granted all these years. The 'deeper than the oceans and higher than the skies' bit can get dented when Pakistanis are known to be entering Xinjiang and marrying into the Uyghur, something the Chinese are very sensitive about. And we have not even mentioned Baluchistan yet. The corridor through the Baloch territory will cause sufficient headache for the Pakistani security forces.

The domain which Pakistan seems to be the most defensive about and to which they will have no rational answers at all is the Financial Action Task Force (FATF) strictures of March 2018 and the decision to give it time till May 2018 to prepare an action plan to put an end to terror funding. This will decide whether Pakistan has to be placed on the black or the grey list. Even the Chinese voted against Pakistan after some initial hesitation. Pakistan has been under FATF monitoring before, from 2012 to 2015, and can claim to know the ropes. However, this time it may be a bit more real. President Trump did not seem to be joking with his first tweet of the New Year in 2018, when he observed how Pakistan has been reneging on its promises despite being the recipient of US largesse. A FATF stricture could be a clamp on Pakistan's international banking system.

All this should worry Pakistan no end especially when the Line of Control (LoC) remains hot and there would be pressure from the friendly proxies for support to more operations in Jammu and Kashmir’s hinterland, where they would wish to be seen active in an election year. Whatever brave face Pakistan wishes to put on, it is clearly at wits end because the LoC pressure from the Indian Army is not easing. Knee jerk responses through breaches of ceasefire and targeting of civilian habitation have been absorbed by India, which is no longer in the mood for talks of any kind. Ratcheting terror activities will only fetch Pakistan negative dividend at the FATF.

In the light of all this, is there likely to be some change of heart in the Pakistan's military and political leadership? This is the time India's formal and informal diplomacy must be at a high to project how we have suffered Pakistan's waywardness all these years. Equally, India needs to be alert to the fact that Pakistan's continuing and increasing dependence on China could coerce it into inimical actions at the borders to support something the Chinese may have in store for the subcontinent; people do keep talking of a Doklam 2. It's worry time and India’s political, diplomatic, military and intelligence domains need to be on a higher state of alert through this summer. Sometimes, loss of confidence can lead to wayward steps by nations; hopefully Pakistan isn't thinking that way.