Why This ‘Astra’ Is More Than Just Another Weapon For India 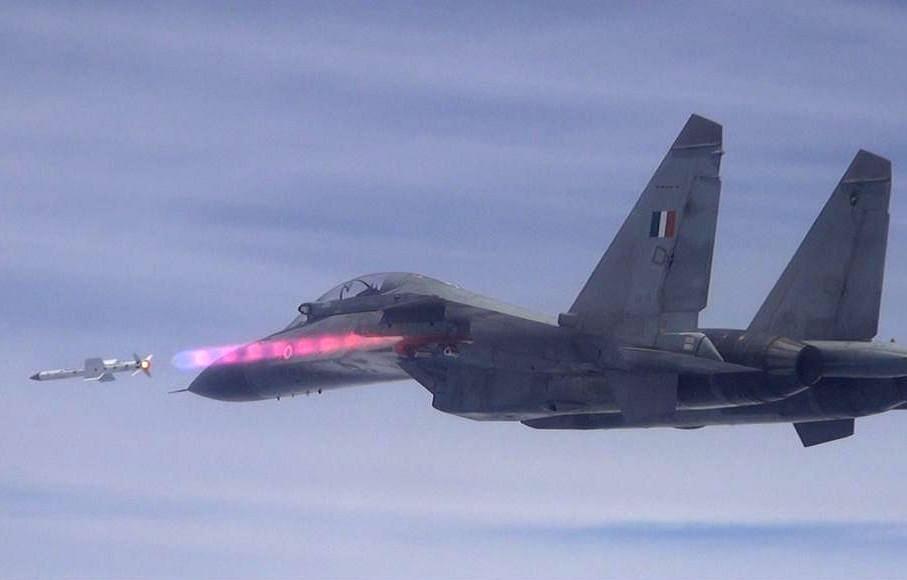 When the flight trials of India’s indigenously produced ‘Astra’ missile on the domestically developed Tejas jet fighter start soon, it will mark a huge leap for the country’s armaments industry.

It will propel India into the exclusive league of a handful of nations that have been able to fit domestically produced fighter jets with indigenous 'beyond visual range air to air' (BVRAAM) missiles.

Apart from the boost to the country’s pride and self-confidence, Astra will give India’s fighters a definite edge over China’s PLA Air Force (PLAAF) and the Pakistan Air Force (PAF).

That’s because Astra compares favourably with the United States-made AMRAAM AIM-120C BVRAAMs that the PAF’s prized F-16s are weaponised with.

The physical parameters of the Mark 1 (Mk1) version of Astra being produced now is similar to those of the AIM-120C. Astra, in fact, can travel at 4.5 Mach while the AIM 120C has a top speed of 4 Mach.

Indian Air Force (IAF) sources said that the ground trials of the Astra Mk1 have been completed successfully. The missile, which has all-weather day-and-night capabilities, has been successfully tested on Sukhoi 30MKI.

The Defence Acquisition Council, headed by Defence Minister Rajnath Singh, has already granted ‘acceptance of necessity’ for an initial order of 248 Astra Mk1 missiles that will be delivered by July 2021.

Commercial production of the Astra Mk1 at the defence public sector undertaking (PSU) "Bharat Dynamics" will start once the flight trials on Tejas fighters is completed by next month.

The missiles will cost Rs 7.5 crore apiece, a fraction of the cost of Russian, French, and Israeli BVRAAMs that IAF fighters are now armed with.

Meanwhile, defence PSU Hindustan Aeronautics Limited (HAL) will get an order for producing 83 Tejas Mk1 fighter jets at a cost of Rs 37,000 crore. This deal will be inked within this fiscal, IAF chief Air Chief Marshal R K S Bhadauria has said.

The IAF has already started getting 40 Tejas Mk1 fighters under two contracts valued at Rs 8,802 crore that were signed earlier.

The Astra Mk1 will also be equipped with advanced electronic counter-counter measures to negate jamming by hostile aircraft.

The Astra Mk1’s active radar terminal guidance and other features enable a very high single-shot kill probability in both head-on and tail-chase modes.

The Astra Mk1, a fifth-generation missile, will replace the Vympel R-77 and Matra Super 530D missiles that the IAF fighters are equipped with now.

The Astra Mk1 has already been integrated with the Sukhoi 30MKI and MiG-29 fighter jets with the IAF.

Since the Astra Mk1 compares favourably with the US-made AIM-120C, the sunlight superiority that PAF fighters enjoyed over the IAF will be effectively negated.

On 27 February last year – a day after the Balakot air strikes – F-16s of the PAF tried to enter Indian airspace and fired five to six AIM-120Cs at IAF fighter jets.

The IAF fighters – Sukhoi 30MKI and MiG-21 Bisons – successfully dodged the AIM-120C missiles, but did not engage with the PAF fighters since they were equipped with the inferior R-77 and MICA missiles.

The PAF shot down one MiG-21 and the IAF also shot down an F-16, but that claim was strongly contested by Pakistan.

But that encounter hit the Indian defence establishment hard and drove home the strong message that the IAF needs the latest BVRAAMs for its fighters.

The decks cleared for quicker acquisition of the French Rafale fighter jets along with the Meteor missiles developed by MBDA, a pan-European consortium comprising the United Kingdom, Germany, Italy, France, Spain, and Sweden.

The Meteor is superior to the AMRAAM AIM-120C. Apart from its longer range (120 km), it is the Meteor’s unique propulsion system that makes it superior to the American missile that Pakistan uses.

The AIM-120C is powered by rocket engines that deliver a uniform thrust for the duration of the flight, after which the motor burns out.

The missile then glides at high speed to its target, but the longer the distance this missile travels to its target, the lesser the energy it has for its critical terminal phase of flight.

This allows the target aircraft to engage in steep manoeuvring and to deploy counter-measures to confuse the missile. This is exactly how the IAF’s Sukhoi 30MKI fighters dodged the AIM-120C missiles in February last year.

The Meteor missile, on the other hand, has a miniature supersonic jet engine called the "ramjet" that allows the missile to throttle back its engine during the cruise, thus saving fuel, and throttle up when it approaches the target.

This allows the Meteor to achieve its highest energy state during the critical terminal stage of the attack, making it nearly impossible for the target aircraft to successfully dodge it.

MBDA (the Meteor’s manufacturer) asserts that the missile has the largest ‘no escape zone’ (NEZ) of any air-to-air missile. The NEZ is the zone in which an aircraft cannot rely on manoeuvres to evade an incoming missile.

The Meteor’s NEZ is estimated to be three times that of the AIM-120C. Also, since the Meteor weighs just 190 kg, a Rafale fighter jet can easily carry up to four of those missiles at a time.

China’s PL-15 BVRAAMs, which have a range of 200 km, are propelled by rocket motors like the AIM-120C. That makes the Meteor superior to the PL-15.

“The successful integration of the Astra Mk1 into IAF fighters has given our confidence levels a huge boost and ignited a passion among our scientists at DRDO (Defence Research and Development Organisation) to quicken the pace of development of the Mark 2 and Mark 3 versions of the BVRAAM,” said Defence Minister Rajnath Singh.

A top IAF officer told Swarajya that the DRDO is only a short distance away from developing the Astra Mk2, which will have a longer range of 160 km and will be powered by a dual-pulse solid rocket motor.

This motor is a cheaper version of the ramjet (which powers the Meteor). Its design allows the motor to be burned in segments (pulses) and thus achieves the same effect as the ramjet engine.

This will increase the NEZ of the Astra Mk2 to much more than that of both the AIM-120C and the PL-15.

The Astra Mk3, which is also being developed by the DRDO and whose prototype will be out soon, will have the newly developed solid fuel ducted ramjet (SFDR) technology with a range of 350 km, at par with the Meteor.

The Astra Mk3 will impart a huge edge to the IAF over both the PAF and PLAAF and enable the IAF to fight a ‘two-front’ war.

As of now, the Astra Mk1 and the Meteors that have come with the Rafale will give the IAF a major boost and overcome the advantage the PAF and PLAAF had come to enjoy over it of late.