A Case to abolish the Income Tax 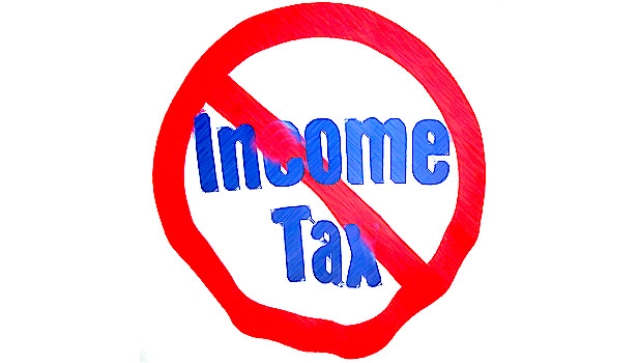 Recently BJP came up with a proposal to abolish the Income Tax. This is in contrast with the Congress led UPA whose regime saw an increase in Income Tax and other taxes in real terms. However, BJP’s proposal is being labeled as impractical and pro-rich which will not ensure any substantial political gains.All these cynicisms are unwarranted. The abolition of Income Tax is a great idea which will reduce corruption and have substantial benefits for the economy.

The abolition of Income Tax can prove to be a political master-stroke. It is being argued that only 3 percent of the population pays the income tax. Hence the abolition of income tax will not translate into political capital. However, assuming that these 3 percent individuals have a family size of three, this translates into a vote-bank of 9 percent. It is also important to note that most of this vote-bank is concentrated in urban areas which make them much more influential in urban constituencies. A 9 to 10 percent voter base might not be sufficient to win an election; but it is sufficient to swing the elections decisively towards the party which favors the abolition of income tax.

It is the salaried middle class, rather than the rich which bears the brunt of the income tax. While rich people can avoid taxes with assistance from accountants, the poor people simply do not earn enough to pay the income tax.

One of the most regressive features of the Income tax is that it penalizes people for being productive. In economic terms, it is highly inefficient. It distorts the choice between work and leisure. An Income tax is equivalent to imposing a fine on gold medalists. The harder the people work, the more they earn which ensures that they have to face higher tax rates! It sends out the message that the society does not value its talent.

The high income earners are fleeced 30 to 40 percent of their incomes at source, which still does not exempt them from all other taxes like property tax, commodity tax etc. This high income group consists of our most talented professionals who received training at elite institutions. High taxes, coupled with poor standards of living and low incomes (relative to developed countries) makes it highly unattractive for them to contribute to Indian economy. In contemporary times when countries around the world are looking to attract talent, India should abolish the Income tax to incentivize its talented professionals to stay back. The migration of this talent to other countries represents a great loss to the Indian economy. The low income earners too, should be exempt from paying income tax because they are already paying all other taxes.

The loss of government revenues as a result of abolition of the income tax is a non-issue. Less money in the hands of politicians and bureaucrats imply lesser corruption. Besides, the government should focus on increasing its efficiency in utilizing tax revenues to achieve the various social objectives.

Even the loss of tax revenues can be made easily too. Abolition of income tax will imply higher disposable incomes which translate into higher standards of living, increased demand for goods and services and higher employment generation. As the economic output grows, it will translate into higher indirect tax revenues. Besides, revenues can also be raised through disinvestment, selling spectrum and other resources owned by the government. The need to impose a banking transaction tax will not arise.

The abolition of Income tax will be a positive populist move which is practical and healthy for the economy.