Coal Availability: It's A Quagmire And Centre And States Are In It Together 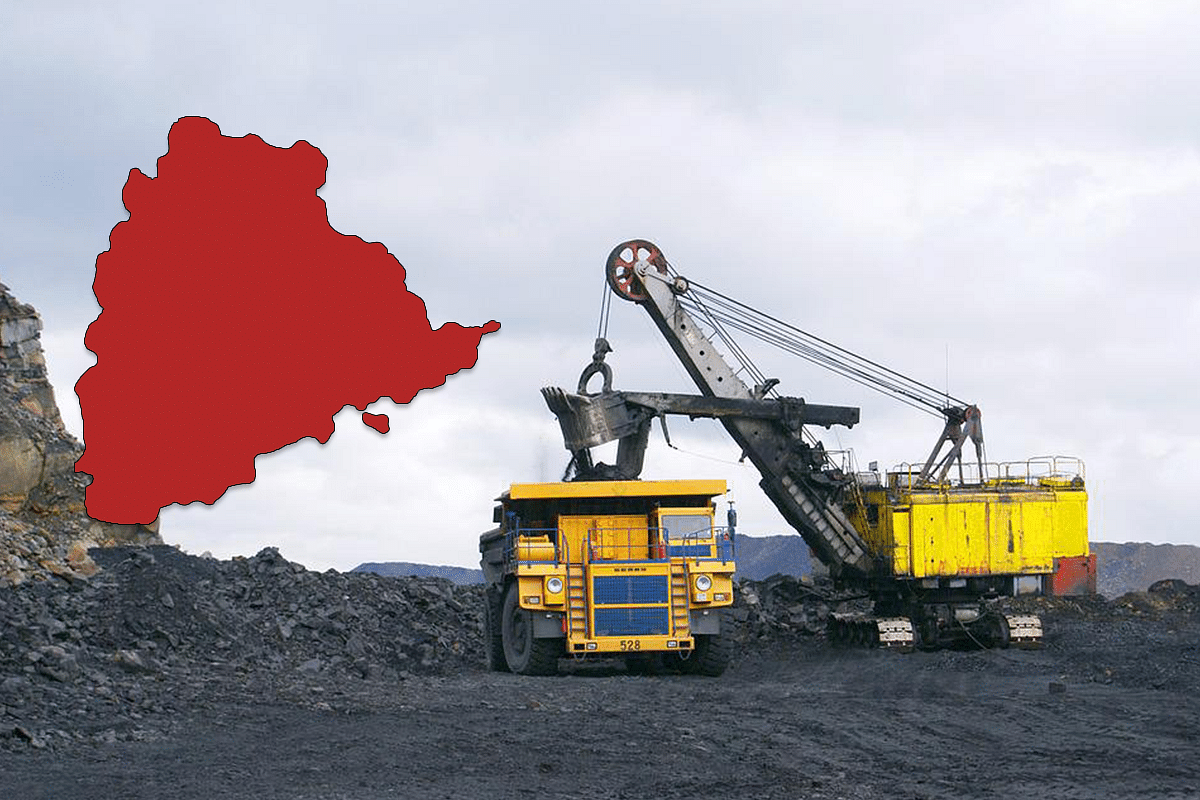 According to Hindustan Times, Telengana’s special chief secretary (energy), Sunil Sharma, recently wrote to the centre stating that “the state government won’t go in for import of coal as it was financially and practically not viable for the state.”

The debate has strong arguments on either side. The central government is keen to avoid blackouts and ensure the growth momentum. However, finance is equally important. More so, when weak state finance is India’s biggest worry to tide over the global uncertainty.

The Power Ministry’s concerns are justified.

India is currently mining coal at a world-beating pace. According to the Coal Ministry, domestic production grew by over 31 per cent year-on-year during April-May 2022. This is over and above 19 per cent growth in domestic supplies (offtake) in the financial year 2021-22 (FY22).

However, the pipeline remains stretched. There are many reasons for it. The most important of them all is the 42 million tonne (mt) supply gap of imported fuel between the pre-Covid year of FY20 and the growth year of FY22.

The total import by the power sector was down from 69 mt in FY20 to a decade’s low at 27 mt in FY22. Imported coal-based plants reduced intake to less than half at 19 mt. Blending was down to one-third from 24 mt to 8 mt.

Meanwhile, power demand soared. According to the central electricity authority (CEA), as of April 2022, India’s total power supply (including hydropower imports from Bhutan) stood at approximately 123 billion units (BU), as against 115 BU in April 2021 and 112 BU in 2019.

Thermal (which is almost entirely coal-based) electricity supplies increased from 94 BU in April 2019 to 104 BU in 2021 and 112 BU in April 2022. From the pre-Covid level, coal-power generation increased by over 19 per cent. The increase is 7.6 per cent year-on-year.

The electricity demand is riding on string GDP growth. On the flip side, the demand growth was intercepted by too many uncertainties which impacted import planning. Domestic coal sector filled up the gap in FY22. There are concerns about FY23.

Globally, mining production suffers from low elasticity. From that perspective, Indian production is increasing at a breakneck speed. Small mischief by the weather god, in the ensuing monsoon season, can bring correction. To remain safe, India must ensure adequate availability of fuel.

Availability, however, is not the only worry. The Coal Ministry data on rake loading is a clear indicator that the rail-logistics are overstretched. The stress will peak in the October-December quarter which coincides with the harvesting season.

The daily average loading by Coal India (which contributes 80 per cent of domestic output) increased by only four rakes (1.3 per cent) year-on-year to 285, in May 2022. This is 11 per cent short of the projection. Loading dipped in four out of seven CIL subsidiaries. Though loading for power sector increased by 30 rakes a day, the final tally was 95 per cent of projection.

Assuming that there is no quick solution to rake shortage; there are concerns if extra availability of fuel - be on pitheads or at ports - will be able to improve supply scenario at power plants in the coming months.

Now, Telangana has flagged an additional concern. Considering the spike in global coal prices, wild volatility in sea freight and, a depreciating rupee, imported fuel may have a significantly high impact on electricity tariffs. Can states recover that cost from the end-consumers?

In the prevailing scenario, there is no clear benchmark for cost escalation. Cost of delivery of containers to India’s east coast is 20 per cent higher than that on the west coast.

Timing is also a key factor. NTPC has proven expertise in coal imports. Based on the price trends in contracts issued by the company in early 2022, Business Standard reported 20 mt (10 per cent of requirement) imported fuel may result in 50-60 paise a unit tariff hike.

In April, Andhra Pradesh cancelled two tenders for importing a total of 1.25 mt of fuel due to “high prices”. In one tender, the lowest bidder offered to charge Rs 40,000 ($526.50) per tonne. This is 22 times the average ex-colliery price of (raw) domestic fuel.

Roughly 1.5 mt of domestic fuel is equivalent to 1 mt of imported fuel in energy value. Andhra is a coastal state. Telangana is landlocked, meaning landed costs of imported fuel may be higher.

Telangana’s concerns are valid. According to an August 2021 NITI Aayog study, DISCOMs incurred a total expenditure of Rs 7,12,610 crore in FY19 against the total revenue of Rs 6,63,093 crore indicating a 6.94 per cent revenue gap. Even for this revenue, DISCOMs are disproportionately dependent on subsidies.

While 77 per cent of DISCOM cost is attributed to power purchase, 74 per cent of revenue is recovered from operations. Approximately, 17 per cent of earnings are attributed to tariff subsidies by states. Considering stretched finances of states, such subsidies are rarely paid in time and a good part of it is converted into paper or regulatory assets.

According to PRAAPTI (Payment Ratification And Analysis in Power procurement for bringing Transparency in Invoicing of generators) portal, on 6 June the DISCOMs had a total overdue of Rs 101,264 crore to power producers.

Debt settlement schemes are no solution to this problem. For the last two decades, such schemes came time and again. This included, UDAY (Ujwal DISCOM Assurance Yojana) in 2015. The outcome is questionable except for fresh debt piling on States.

State finances were already a cause of worry. The cause of concern has only gone up after Covid and the rush to offer freebies to win votes. The gap is filled by debt.

“The aggregate net market borrowings of the 20 states are budgeted at a record Rs 5.72 trillion in FY23, up 13.59 per cent year-on-year led by states such as Maharashtra, Madhya Pradesh, Telangana and West Bengal,” the rating agency said.

Will these imports lead to further fiscal imbalance? Take the case of Telangana. NITI points out that in FY19, the cost and realisation gap in the state was nearly double the national average. PRAAPTI portal says Telengana contributed nearly 8 per cent of the total overdue to gencos.

Telangana will go to the polls next year. They now have two options: Go for power rationing in case of any disruption or buy imported fuel risking the fiscal stability. It is difficult to judge what will be the right choice for the nation.