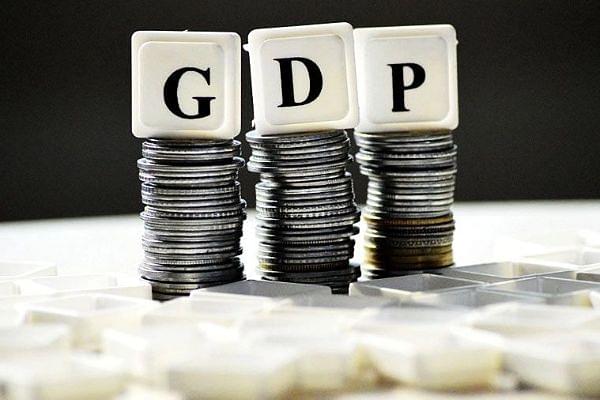 The Indian economy grew at a rate of 20.1 per cent in the first quarter of financial year 2022, totalling 30.1 lakh crore. The increase in gross domestic product (GDP) numbers is primarily owing to a weak base year and a comeback in consumer spending in the third quarter.

The RBI governor Shaktikanta Das underlined the lenient approach that the RBI has opted to pursue to encourage GDP development during the last Monetary Policy Committee review. Although the RBI has cautioned about the risk of a third wave of the epidemic, it has estimated annual growth of 9.5 per cent for the current fiscal year.

Upasna Bhardwaj, senior economist, Kotak Mahindra Bank said: The GDP figures for the first quarter came in marginally weaker than our expectations (21.7 per cent growth). However, economic activity has been reviving since July and has picked up momentum. As vaccination pace picks up, we expect the momentum to pick up further, although remain wary on the evolution of delta variant cases."

In the fourth quarter of FY21, India's GDP increased by 1.6 per cent. After the pandemic's early impact began to fade, there was a minor uptick in inactivity. In the fiscal year 2020-21, however, GDP dropped by 7.3 per cent. India's GDP dropped by 24.4 per cent year on year in the same quarter last year.

Despite the drag produced by the second and more severe wave of Covid-19, which drove the majority of states to reimpose localised lockdowns and entirely restrict mobility from late April to early June 2021, the Indian economy rebounded. The impact of such state-level or localised lockdowns, however, was not as severe as the nationwide shutdown imposed during the first wave of the pandemic in 2020.

According to reports, this is India's fastest quarterly growth rate since data was first available in the mid-1990s. The low base effect is one of the main reasons for this massive increase in GDP. This refers to the baseline year or month against which the data is being compared.

But other incidents played a role in India's GDP growth. Since June, many sectors have improved, including retail, automobile sales, farm output, construction and exports. Additionally, in comparison to the previous week, power demand increased by 0.1 per cent, while the labour participation rate increased to 40.8 per cent from 40 per cent.

Furthermore, equity indices soared to new highs, with the benchmark BSE Sensex breaking through 57,000 for the first time. In total, the 30-stock index gained more than 4,000 points in August. Even in July, the GST collection at the centre increased to over Rs 1 lakh crore, and the manufacturing index increased as well.

According to data from the Department for Promotion of Industry and Internal Trade, the output of coal, natural gas, refinery products, fertilisers, steel, cement and electricity increased in July 2021 compared to the same period last year. Crude oil production, on the other hand, fell by 3.2 per cent.

However, in June 2021, the infrastructure sectors had grown by 9.3 per cent. The sectors rose by 21.2 per cent from April to July 2021-22 compared to the same time the previous financial year. Although from a poor foundation of a 35.6 per cent reduction in the same time a year earlier, industrial output increased by 45 per cent in April-June of the current fiscal year.

Additionally, mining, manufacturing and energy generation all grew by double digits in the June quarter, according to figures from the Index of Industrial Production (IIP).