Seven Reasons You Should Worry About Rajasthan's Economy 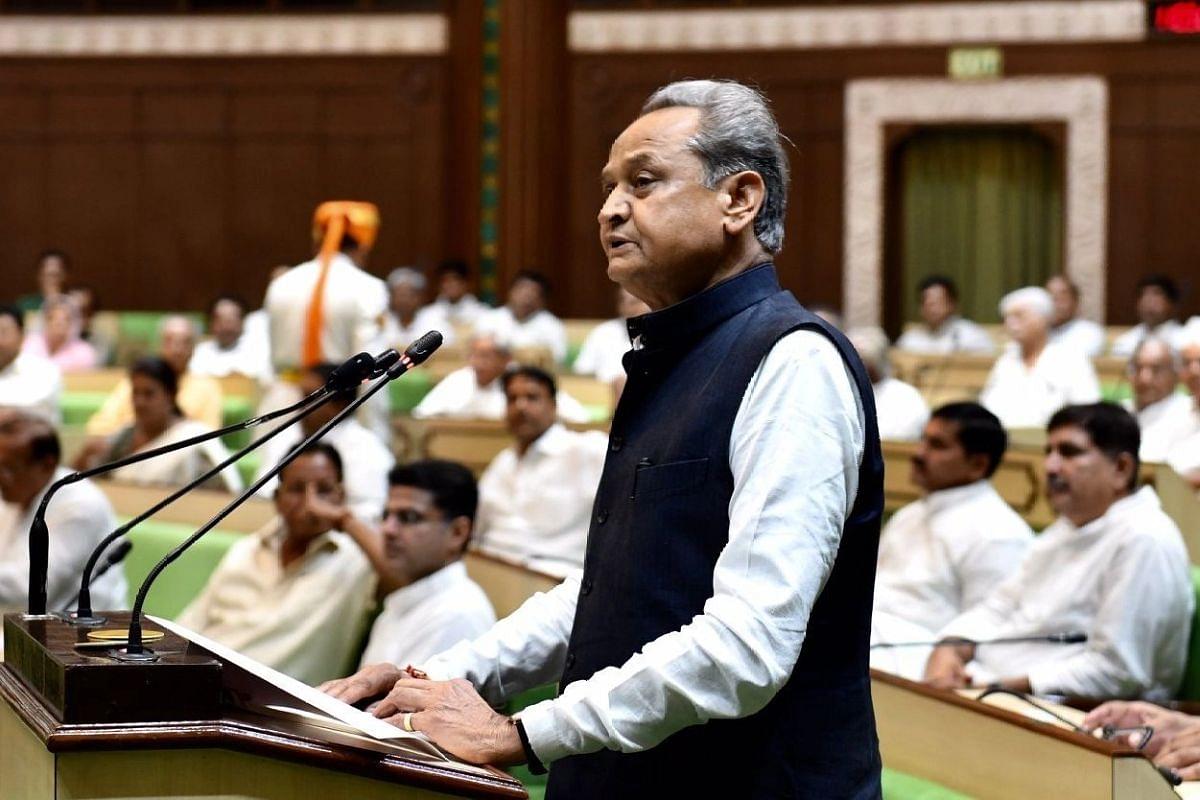 A recently released report by the Reserve Bank of India (RBI) assessing the fiscal health of Indian states paints a particularly scary picture of Rajasthan’s economy.

Much of it has to do with the devil-may-care economic policy of the Gehlot government.

Here are seven steps that Congress government has taken in Rajasthan that are driving the state's economy further in the doldrums.

In May 2022, Rajasthan reintroduced the ‘Old Pension Scheme’ (OPS) for its government employees with retrospective effect from 2004. Simply put, this scheme entitles retired employees to draw 50 per cent of their last drawn salary as pension without making any financial commitment for the same while in employment.

In this way, the government will start paying pensions in 2034, thus leaving it to the future generations to bear the burden worth thousands of crores, loaded on them by decades-old politics.

According to the RBI report, Rajasthan and Punjab were the worse performing states in the Gross Fiscal Deficit (GFD) to Gross State Domestic Product (GSDP) ratio. The ratio for both the states has crossed 3.5 per cent. The government is spending way beyond its revenues by simply borrowing more money.

Another revelation in the report was the fact that 89.5 per cent of Rajasthan government’s total expenditure goes under the head of revenue expenditures. Meaning it is spent on interests, salaries, pensions, subsidies etc.

None of these expenses leads to asset creation. Most asset-building projects have a long gestation period and Gehlot government's politics seems to be of instant gratification.

The report elaborates on one of the weakest spots for the vulnerable state economies – distribution companies (DISCOMS). Owing to negligible attention being paid to the DISCOMS till they reached the breaking point, today Rajasthan government’s DISCOMS are under stress with long-term debt of Rs 48,934 crores.

This is why during the coal shortages earlier this year, Rajasthan’s power generation companies threw their hands up because of uncleared dues.

Furthermore, the overdues of DISCOMs to power generating companies (GENCOs) have increased since March 2018 which may require fresh liquidity injections to ensure uninterrupted power supply.

The government cannot even think of providing relief to these companies due to its own precarious finances. Who suffers? Rajasthan has been facing daily power cuts which last for several hours, during peak summers.

Rajasthan has the second-highest unemployment rate in the country at 29.80 per cent.

According to a report from the Centre For Monitoring Indian Economy (CIME), the unemployment rate in Rajasthan has been rising consistently for several months now.

Even if one were to adjust for Covid-induced job losses, no other state besides Haryana did as poorly as Rajasthan on this metric. And as if that wasn’t enough bad news, Rajasthan isn’t doing all that well in the self-employment category either.

Rajasthan’s performance in the recently released States Startup Rankings of 2021 shows that in spite of its location near the national capital and excellent connectivity, Rajasthan was ranked in the ‘Aspiring state’ category, after the ‘Top achievers’ and ‘Achievers’.

Rioting, vandalism, arson and lynching reports emanating from Rajasthan have been dominating media headlines. Islamist violence, be it in Udaipur, Alwar, Karauli or even the CM’s own district of Jodhpur, is a growing concern.

Mining mafia is said to be thriving. It is anybody’s guess what a weak rule of law and order does to business sentiment in a state.

If the above statistics weren’t shocking enough, the knockout punch came in the form of a projection made by the same RBI report that by 2026, Rajasthan’s Debt to GSDP ratio will cross 35 per cent. This economy will then no longer be standing even on wobbly legs like today.

This is not the end of Rajasthan’s miseries though. Vidhan Sabha elections are due in December 2023. Going by the cyclic nature of the state’s politics, it’s the BJP’s turn to be in power.

But Chief Minister Ashok Gehlot is not the one to give up. Considering the poor performance of his government on all indicators, he will most certainly dole out more freebies, thereby damaging any hope the state’s economy has of resurrecting.

If a state like Rajasthan had been an independent economy by itself, it would have been on a trajectory similar to that of present-day Sri Lanka or Pakistan.

The sad part is that the state faces this situation despite being resource-rich. Petroleum, mining, services, manufacturing, agriculture - the state has it all. It’s one thing for smaller states to be heavily dependent on the central government and another for a resource-rich state with 8 crore people to do it.

Consistent and disciplined budgeting practices are the only way out for Rajasthan. The nation has seen this model work at the center.

Modi government’s stated objective of consistently reducing fiscal deficit worked as per plan till Covid struck. The government is now back on track to achieve the same objective. Rajasthan needs that and a lot more to be implemented at the state level.

For an economy hurtling to the point of no return, tough choices will have to be made. Rajasthan must think fast.

Also Read: Rajasthan And Chhattisgarh Undo Pension Reforms; Why It Can Lead To A Bigger Fiscal Mess For The Country