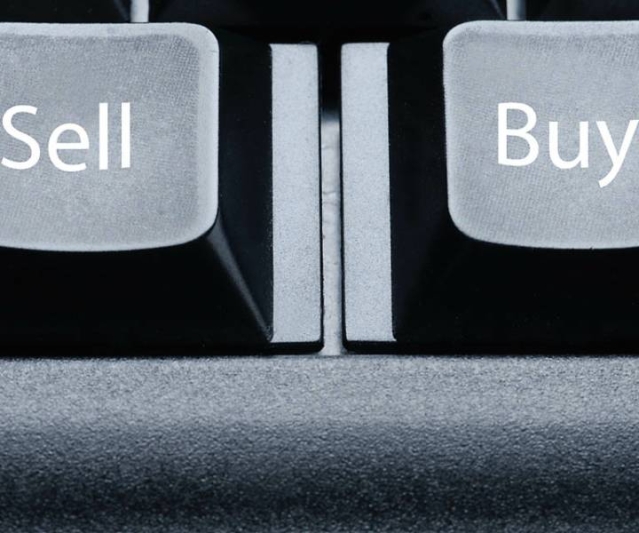 Funnily, my earlier post on Transaction Tax, was impeccably timed (inadvertently of course), as the awareness and debate on this has increased manifold in the last one week, both in social media as well as the mainstream media. As I had expected, and mentioned in my previous post, reactions are in two extremes, either people are all for it and totally gung-ho, or are viscerally against it and call it the stupidest thing since, well trans-fats! I have watched the two discussions on this topic that I came across on TV (on NDTV India as well as India TV), and realized that even the defendants of this proposal (including Baba Ramdev) are not doing a good enough job. J

The cherry on top was when today’s Times of India (9 Jan) in a pompously titled editorial, “Taxing Modi“, proclaims (without any justifications or logical posits) that we don’t need “experimentation with peculiar ideas”! This post is to answer the disingenuous argumentation put forward by the “venerable” Times group, generally answer quite a few of the questions that have been raised in the comments section of CRI as well as on social media, and also offer some suggestions to further fine-tune this idea (which I have maintained from the beginning that it requires). So here goes.

To quote the TOI editorial, it claims, “It is an unworkable proposition, which largely fails to meet the four overarching aims of any tax policy: simplicity, fairness, efficiency and revenue sufficiency.” Now I agree with four aims mentioned herein, but let’s examine each one and see whether there are being fair in their statement.

I would really request the editors of TOI to either do a better job, or leave it to the so-called experts to dismiss the proposal, as they will be forced to at least be more logical in their dismissal!

I have also compiled a set of questions that have been raised and would attempt to answer them, as follows:

Question: How can a Yoga Guru understand and talk about economics and taxation? Why does he not restrict himself to Yoga (and let us worry about economics – Prasenjit Bose, Ex-CPM on a TV channel).

Answer: Now I find this statement highly objectionable and almost “classist”! This is open bias where you refuse to listen to what a person has to say but instead focus on the clothes he wears or the job he does. It is beneath contempt to allow people to make such statements and get away with it.

Question: Wouldn’t brokerage-based businesses (like stock-broking, etc.) get negatively impacted as sometimes their margins are in the region of 2%, and hence the 2% BTT would be a very high burden on them?

This is an issue which is going to crop up in other businesses also wherein the supply chain is very long. However, a critic did an interesting calculation and showed that even if a supply chain has got 20 intermediaries (hence 20 transactions of 2% each), the final tax component under BTT would only be 16%, which is much lower than commonly seen total tax incidence of over 50% in some goods.

Since the overall costs would come down significantly under a BTT regime, there would be a case for the brokerage businesses also to be able to up their commission to a net 2%, after the 2% BTT has been deducted. Please remember that there will be no income tax which will be payable by the business on the profits also. Once the BTT regime comes into force, it will make many changes mandatory across sectors (like happens when any major change happens). Drastic changes would be required in the supply-chains as a GST regime also (but no one seems to be against that). The other alternative of source is to eliminate the “pass-throughs” completely (like has happened in real estate brokerage), where the buyer pays the seller directly, and the broker separately.

Question: If the main objective of BTT is to curb black money, then why not use an amnesty scheme like VDIS, or reduce tax rates, rather than make such radical changes?

Answer: Firstly, the main objective of BTT is not merely to curb black money, but to simplify and broad-base the taxation regime. VDIS is a temporary solution (like a by-pass surgery), as black money builds up in the system again. The primary driver of black money (leaving corruption aside), is the temptation towards tax-avoidance. Lower rates reduce it but do not eliminate it.

If lower rates eliminated black money, then you would not have money-flows from low-tax jurisdictions (like US) to no –tax jurisdictions (tax havens). If people can save tax, they will try to do so, particularly in income tax, as people think that government has no right over the fruit of their labour. BTT, along with elimination of high-value currencies, will be a death-blow to black-money.

Question: How can you replace a 30% tax with a 2% tax and still have revenues go up?

Answer: This is a slightly childish question, but still deserves an answer, because it was not asked by a child but by an “economist” (related to Manmohan Singh?), and not a child. It is unfair to compare the BTT with Income tax (which is at 30% at the highest slab), as it is not replacing just this one tax but all direct and indirect taxes. The 30% income tax at a corporate level is applied on the profits after all expenses have been deducted. For an individual, it is applied after all the allowable deductions have been made.

Question: Lending and borrowing money between friends and relatives, which is common, would also attract the BTT tax? Isn’t this unfair, as this is not really “income” to the individual?

Answer: Again, this is a fair criticism. However, given the fact that there will be a significant reduction in the overall taxation and since it is not really a daily activity for most people, it is something that can be tolerated. I do have a suggestion later, which can eliminate this burden. Having said that, this valid criticism is not reason enough to not go ahead with such a significant tax reform, even if it does remain unchanged.

Question: Won’t black money in the economy go up as people will be tempted to go away from the banking system, as transactions are getting taxed?

Answer: This point has been explained in detail in my earlier post. The reason this won’t happen is because most people would view a 2% tax as an insignificant cost to justify the risks and costs associated with generating, storing, hiding and transacting in black money. Most people would comply. The few who choose not to do so, can be tracked by the enforcement mechanism (which would still be required) and fined.

Even if a certain proportion of that is “lost” to the taxation system, it is still a small price to pay for the huge benefits that we will get through this system. I completely disagree with the premise that black money in the economy, which has already reach pandemic proportions, would go up because of reducing the 50-60% (overall taxation) with a 2% BTT.

Question: Won’t other “stores of value”, like gold, dollars, diamonds, etc., get generated in the economy, as people will want to avoid the BTT and since low-value currencies make it difficult to transact?

Answer: Again, the answer is no it won’t (same as above), as for most people the risks and costs associated with this practice will not be commensurate with the 2% saving that they will make through avoiding the banking system. I think that these are arguments by “Cassandras” who have a vested interest in the current system.

Question: Will credit card transactions be also charged at 2% for the vendor and customer?

Answer: I am a bit unclear on this, but will try and take a stab at it. When a vendor receives payment from the credit card company even today, he gets a deduction of around 2% (called factoring as he is getting his money easily and the total value of transactions in that establishment goes up). The rate could now go up to 4%.

However, please remember that the vendor will not have to pay any other tax anywhere in the system (including GST, Income Tax, etc.), and hence will be saving money and not getting less money under the BTT regime. Similarly, when the customer pays the credit card company, there will be a 2% BTT payable.

Based on the analysis that I have myself done on this proposed system, I do have some suggestions for the concerned people to consider to remove some anomalies and also make it more palatable to people. These are as follows: