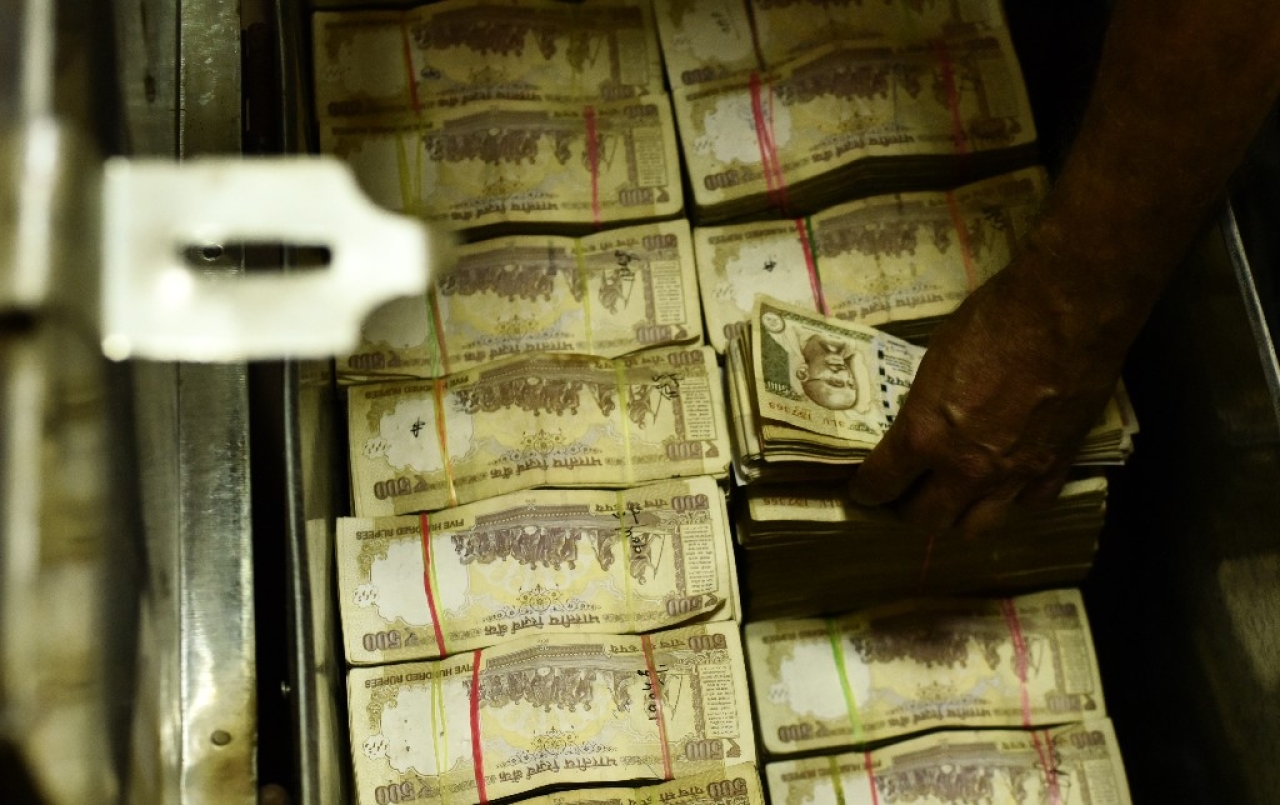 That demonetisation hasn’t really been a magic wand that could cast a spell on the economy and rid it off its ills is clearer than ever. With its costs continuing to outweigh the proposed benefits, the black economy which was supposed to be the biggest prey of demonetisation seems to have only found new ways of carrying on its activities.

Author Arun Kumar, in his book ‘Understanding the Black Economy and Black Money in India: An Enquiry into Causes, Consequences and Remedies’ dissects the black money problem and provides ways to overcome the monstrous menace of the black economy in the country which is estimated to be 62 per cent of the gross domestic product — or about Rs 93 lakh crore.

Here is an excerpt which looks at what is it that fuels the black economy:

The black economy is growing in spite of the reduction in tax rates since 1971 and the whittling away of controls and regulation in the economy over the last three decades. This is not surprising since these are not the causes of generation of black incomes.

To effectively tackle the black economy there is a need to identify the correct cause(s) underlying its existence and growth. For the black economy to constitute 62 per cent of GDP as it does at present, the reasons for its thriving would need to be both ‘systematic and systemic’. In practice, it works as a system just like the white economy functions as a system. This is only possible if those in charge of monitoring and the implementation of rules are a party to black income generation. They have to connive in the persistence of illegality and share the extra profits generated. Thus, a triad of corrupt businessmen, politicians and executive emerges to drive the black economy.

In a Delhi Development Authority (DDA) colony, set up by the government, when construction work begins on an illegal addition or extension to an existing building, the local safai karamchari (or street cleaner) informs the local beat constable, the DDA and municipal officials in charge of the area. Soon these worthies come to the site and settle the amount of money they will charge to overlook the new construction. Later, the property tax man comes and demands his share to manipulate the property tax rate in favour of those constructing the structure. Everyone gets a share of the extra economic benefit the owner of the property stands to make.

To take another example, in Delhi, the height of private homes is restricted to two and a half storeys. There are also regulations that govern the built-up area of houses, i.e. a certain amount of land on which the building stands needs to remain empty. However, most buildings flout these restrictions. The only way this could happen is if there is a concerted effort to bypass the rules by all those responsible for adhering to or enforcing them, starting with the architect who has to draw up the plans and get them approved. It is little surprise, therefore, that in a city like Delhi, or any other city in the country, for that matter, most buildings flout rules and restrictions.

Encroachment on vacant land owned by the state, (including pavements and roads) is widespread. Here again the official machinery and the local politician are a party to allowing this to happen. Slum clusters appear with the connivance of the developers, local politicians and the department in charge of the land parcel. A weekly/monthly payment (hafta) is extracted from the encroachers. Traders, pavement stall owners and rehri sellers (street hawkers) all have to pay hafta to various officials for carrying on their trade. One cannot encroach upon even a square yard of land without paying hafta.

In production, as we have seen, under- and over-invoicing takes place in a systematic way. The accounts department, the official machinery (like excise and sales tax officials), the police, the inspectors, trade channels are all involved in this manipulation. Once these channels are set up, the tax rate becomes immaterial, and the business is assured of a certain return whether the tax rate is 97 per cent or 30 per cent.

Similar examples can be given from the construction industry, foreign trade, various service industries and so on. The point is that rules and laws are systematically violated and those in charge of maintaining the law of the land profit from such violations.

Criminals in the Nexus

A triad of corrupt businessmen, corrupt politicians and corrupt members of the executive is formed for the purpose of systematically circumventing the law. The corrupt members of the executive are drawn from the police, bureaucracy and judiciary. Since the 1980s criminals have become part of the equation. Either the businessman or the politician has a criminal record.

An amnesty was given to smugglers in 1983 so that they could be brought into the mainstream. But this led to the entry of criminals into politics, or at least their more active participation in politics. Prior to this, they had financed politicians but remained largely in the background. As criminals entered the legislatures, the rule of law weakened. They influenced the police, the bureaucracy and the judiciary to ensure decisions went in their favour and also interfered more blatantly in decision-making.

Today, the triad has grown so powerful that even an incorruptible head of government is often powerless to control it. The black economy continues to prosper and there is growing criminalization in society. Ironically, a clean head of the government serves a useful role for the triad to survive and prosper because she/he provides credibility for a largely corrupt system—a mascot. It helps keep the public confused about the real nature of the power structure.

The triad is of benefit to all its elements. Businessmen are able to influence policy and protect their ill-gotten profits. The other two constituents of the triad need the businessmen to invest their funds and launder them. There is hardly much point in keeping the money under the mattress or in a locker when it can earn a return. Most politicians have at least one businessman close to them who provides such services. 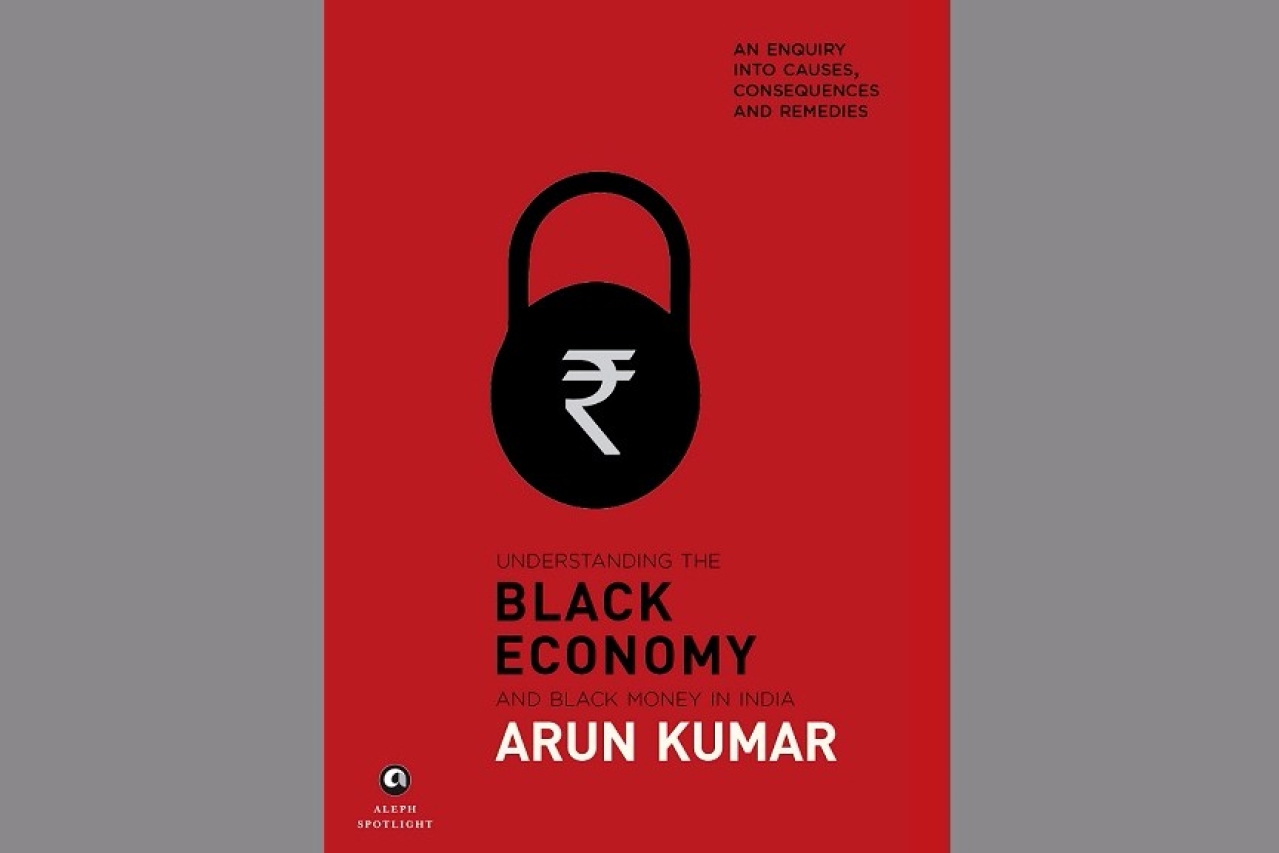 Cover of the book ‘Understanding the Black Economy and Black Money in India: An Enquiry into Causes, Consequences and Remedies’ by Arun Kumar

Excerpted from Understanding the Black Economy and Black Money in India: An Enquiry into Causes, Consequences and Remedies by Arun Kumar, Aleph Book Company, 2017, with the permission of the publisher.

Get Swarajya in your inbox everyday. Subscribe here.
Tags:
269 Shares