10 Implications Of Brexit For India 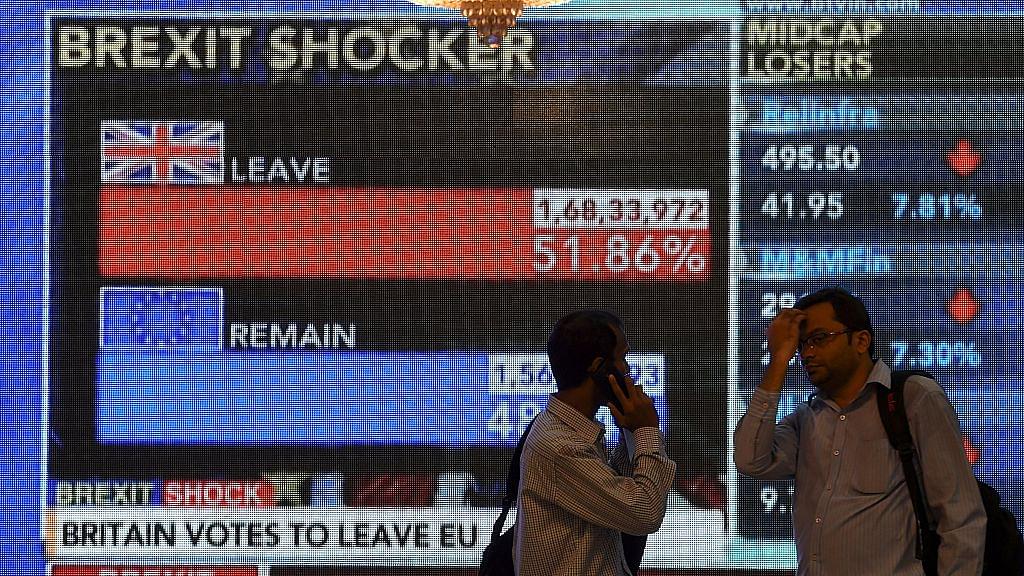 Rating agency Crisil said in a research note that Brexit’s impact on India will be limited, with only a few sectors feeling the heat. Although the vote has created significant macroeconomic uncertainty, India is in a better place to deal with it than its peers.

Let’s take a look at the 10 important implications of the Brexit vote.

1) The rupee may become 50 paise weaker at 66.50 per dollar by the end of the fiscal year. Since the global markets remain volatile, CRISIL has revised its forecast for the year-end from 66 per dollar to 66.50 per dollar with a downward bias.

2) Current Account Deficit (CAD) will be 0.20 percent higher, reaching 1.3 percent this fiscal year. This increase will come about as a result of the tepid growth in exports due to heightened global uncertainties. Even this year, low commodity and oil prices will ‘shield’ the CAD despite higher core imports (non-oil/gold) due to rising domestic consumption and investment demand.

3) We should expect ‘intermittent mini-frights’ as Brexit negotiations proceed. The note says we should view Brexit as a process instead of an event as negotiations will take some time, and Article 50, which makes provisions for countries that want to leave the European Union (EU), has not been invoked by Britain yet.

4) Inflation will remain flat at around five percent as subdued global growth will ensure that commodity and oil prices remain low. Most probably, we will also see lower food inflation due to good monsoons. With the NDA government deciding to remain on the path of fiscal prudence, inflationary pressures due to government spending will remain low.

5) Yield differential will improve in India as yields continue to plummet in advanced economies. While yields on Indian 10-year G-Secs remained stable at 7.48 percent post-Brexit, yields of 10-year US Treasury bills is at a four-year low of 1.47 percent.

Yields of German ‘bunds’ and Japanese Government Bonds (JGBs) touched record lows of -0.17 percent and -0.19 percent respectively. Since the fall in yields in advanced economies is greater than that of India, Indian bonds will be more attractive to foreign investors in the medium-term.

6) Central banks will now start uncorking the liquidity medicine with the Bank of England’s Mark Carney saying that he is ready with 250 billion pounds. The European Central Bank (ECB) and the Federal Reserve may even opt for credit swaps to avoid a liquidity freeze. The RBI says it is ready for any eventuality.

7) Indian companies will have to bear an increase in costs related to compliance and administration due to their having to set up bases in mainland Europe, as well as maintain one in London. The current practice is to set up an office in London for all operations in the EU.

8) The IT sector will face a double whammy of a fall in discretionary spending and a rise in administrative costs. While the EU accounts for 29 percent of total IT exports, United Kingdom (UK) alone accounts for 17 percent. The fall in discretionary spending due to economic uncertainty during the divorce negotiations will hit Indian IT exports. If the mobility of professionals between the UK and EU is restricted, IT companies will have to bear higher expenses.

9) Auto exports to the UK and EU (five percent and 25 percent respectively) will be hit due to market volatility and depreciation of the pound. Motherson Sumi Systems, Bharat Forge and Apollo Tyres have significant exposure to these markets among Indian auto-part exporters. Crisil predicts limited impact on original equipment manufacturers.

10) The metals and garments sectors will be affected. Metal companies might have to contend with a slump in demand, with commodity markets already having to contend with the oversupply of steel and aluminium and lower demand growth in China. The EU is the single largest market for the Indian garments sector, accounting for 35 percent of the total revenue. Garments exporters might see a demand slump in the EU for the second consecutive year despite the Rs 6,000-crore package given to the sector by the central government.

Also, an India-UK Free Trade Agreement (FTA) will be somewhat easier to sign, considering the stalled nine-year-old negotiations for an India-EU FTA. Besides, even Australia, New Zealand, Canada and Iceland will look to sign an FTA with Britain.