10 Things Modi Government Could Do Before, Or Even Without, Privatising Banks 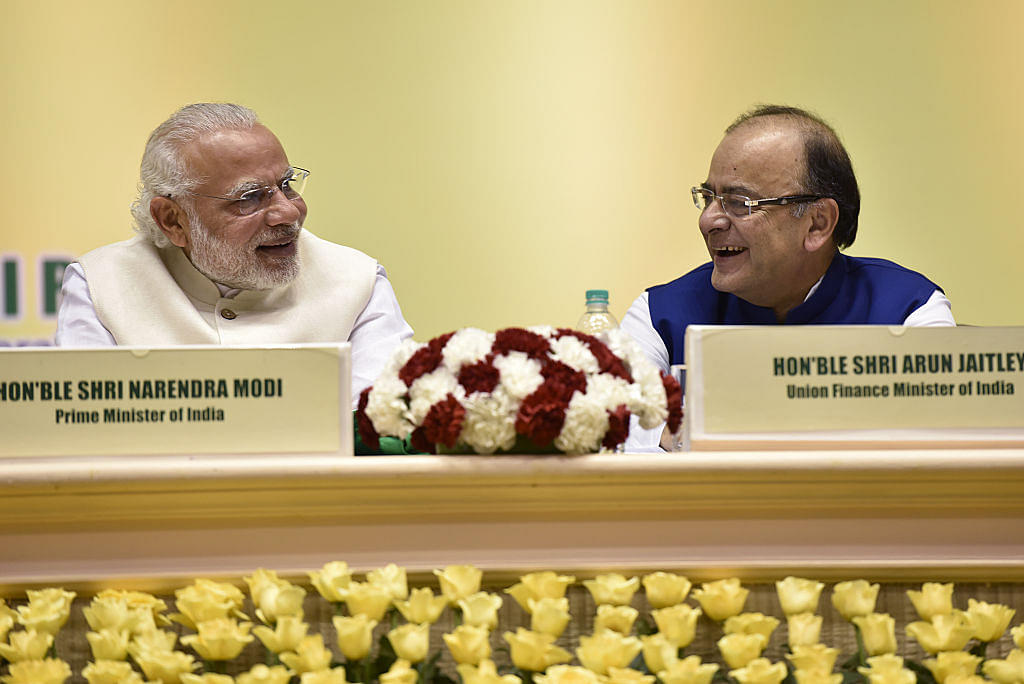 That public sector banks are periodic drains on taxpayer resources is obvious. Every time they lose money, through inefficiency, bad lending or fraud, the taxpayer has to recapitalise them at huge cost. The bill for recapitalising public sector banks this year and the next is already Rs 211,000 crore, and much of this is coming from the government. And the bill could rise significantly if some of the defaulting borrowers despatched to the insolvency courts fail to find good buyers for their assets.

While calls for privatisation have risen from many directions, these calls cannot be immediately heeded for they don’t ask the basic question: who will buy our inefficient banks? It is the same question we faced with Air India, whose liabilities exceed assets by a wide margin, and what we call privatisation essentially means giving the buyer a gift of Rs 15,000-25,000 crore for taking Air India off the government’s hands. It was not different for the Tatas, who had to practically gift Tata Teleservices to Bharti Airtel and kept most of the debts with themselves.

Most Indian banks are in the same state as Air India and Tata Teleservices, with 11 banks currently in the Reserve Bank’s ICU – called prompt corrective action (PCA) cases.

So, privatisation is a pipe dream unless the idea is to take the liabilities onto the government’s books and gift the bank concerned away to private parties.

This is not to suggest that privatisation (unless we mean gifting) is not needed, just that it can’t happen right now. The logical thing to consider is what should the government be doing with these banks even as a prelude to eventual privatisation? Here are 10 things that need doing.

First, insulate them. We need to build an arm’s length distance between government and most public sector banks by creating a buffer in the form of a non-operative bank holding company, which will hold all the shares of banks that are not strategic holdings for the government. This means apart from the State Bank and two or three other big banks, the rest of the shareholdings can be transferred to the holding company. This holding company can then divest shares in some banks and invest the proceeds in others, as long as the total holding in each one of them does not fall below 51 per cent. There should be no interaction between the Finance Ministry and the banks directly, and all policy orders have a single point of interaction: the management of the holding company. This holding company should have a wide mandate to raise funds, including non-voting equity and debt, to manage its brief.

Second, shrink. There must be a plan to shrink the public sector banking system to somewhere around 30-40 per cent (currently 70 per cent). Since the SBI already accounts for about 20 per cent plus, logically, only three or four other banks are needed in the public sector. The assets and liabilities of the public sector banks need shrinking. The 11 banks now in the ICU should be asked to shed not only non-core assets (stakes in insurance or broking firms), but core assets too. This means they should shed both good assets and bad ones until the capital and cash flows they have are enough to sustain them for growth. All these banks should be starved of capital until they become viable. The only liabilities the government (ie, the taxpayer) should take on are guarantees on deposits (so that there is no run on these banks), and excess employees costs (who should get generous voluntary retirement schemes to exit gracefully).

Third, focus. The banks that remain in the holding company’s kitty suffer from one serious ailment: they are all plain-vanilla banks, offering no reason why customers should choose them over some others. If United Bank can offer me nothing more than what an SBI or HDFC Bank does, why should I not opt for these stronger banks to do business with? If Paytm or Airtel Payments Bank are good enough for my day-to-day retail payments and everyday banking needs, why do I need Oriental Bank of Commerce? If small finance banks and non-bank finance companies can fund my small business better, why should I go to Indian Overseas Bank? In one line: public sector banks with undifferentiated product offerings will not survive, when specialists are their competitors. They too must choose where to compete. They need to be among the best in something, not below average in everything. The choice could be to become a strong regional universal bank, a bank focused on high-value horticulture and agriculture, an outfit offering only digital banking, or one that offers only fee-based services. We don’t need 15 all-things-to-all-people public sector banks.

Fourth, redefine purpose. Before investing any more in the remaining four banks that will always remain in the public sector, the government should ask itself a basic question: why do we want public sector banks at all? When Indira Gandhi nationalised them, the answer was simple: the private banks were essentially being run by corporate interests, and not lending to smaller businesses and social sectors. But this part of the agenda is more or less over. Jan Dhan has brought most Indian households into the banking system, and Mudra loans, small finance banks, microfinance institutions, and non-bank financial institutions are doing a better job of lending to smaller business than the main nationalised banks. The answer to why we need big public sector banks may thus be simple: to act as wholesale banks, and to finance long-term lending from resources raised either by government-guaranteed bonds or pension funds. Most retail banking can be done in the private sector. But huge long-gestation infrastructure loans can be refinanced only by sovereign-backed public sector banks, which can use their status to raise lower-cost long-term funds.

Fifth, subsidise inclusion. When financial inclusion has to be subsidised, governments usually load these costs on to public sector banks without compensating them. Thus, they took the giant load of opening Jan Dhan accounts. Would it not be far more sensible to float a tender where all banks could participate in financial inclusion, and those offering the lowest cost of acquisition of such no-frills customer getting a direct subsidy? For example, why not offer all banks a subsidy of Rs 200 annually for each no-frill, zero-balance account (Aadhaar-validated to avoid duplication) opened in rural areas for the first three years, until the transaction volumes in these accounts, and allied loan activities, start making these accounts viable? Why expect only state-run banks to incur losses on these accounts, when zippier private banks can also be incentivised to do the same? (Of course, these subsidies should be available also to public sector banks).

Sixth, spare the taxpayer. Granted, the weak public sector banks need capital. But it does not follow that only the taxpayer has to pick up the bill. Why not allow ordinary retail and high-net worth investors to pick up shares at par or low prices, even while retaining 51 per cent voting shares with the government? New non-voting shares, which will get two per cent higher dividends, can be floated to the public at current low market prices to generate dividend yields. The law may need amending to allow the issue of non-voting shares by banks, but the government can conceivably use the current crisis at Punjab National Bank to force the Rajya Sabha to go along with the non-privatisation option of retaining 51 per cent with the government in the foreseeable future.

Seventh, privatise and/or incentivise management. There is no reason why private expertise should not be hired to run public sector banks. They can be paid the same wages as other public sector bankers, but given generous share options which will yield higher emoluments if these banks are turned around. In fact, there should be good enough public sector managers who may be willing to attempt the same turnaround if given the same incentives for performance.

Eighth, experiment with LBOs. One pilot case can be considered for a leveraged buyout (LBO) by employees, as long as they have a competent management leadership. Thus government can retain 51 per cent, but the excess shares can be bought (through EMIs) by the employees to run the bank on their own. At some stage, when privatisation is possible, they can be offered the entire equity at small discounts at the relevant market prices. There may be no takers for this LBO, but there is no reason why the unions should not be challenged to run them if they think they can do a better job than the government.

Ninth, avoid mergers. The temptation to merge weak banks to create larger banks must be eschewed, unless the banks themselves believe there are synergies in doing so. Shotgun weddings are simply not on.

Tenth, cut them loose. We need to delink public sector banking from the Finance Ministry. The political meddling happens primarily because banks report to the Finance Ministry, and their resources always look juicy enough to squeeze. The non-operative holding company should, perhaps, report directly into the Prime Minister’s Office (PMO) to ward off political interference, and if interference still happens, the PMO can be held accountable for the same. But the PMO’s job is not to run these banks; it has to merely choose the right persons to head the non-operative holding company managers, possibly in consultation with the Reserve Bank of India, set the objectives, and then cut them loose. It will be the job of the holding company to run public sector banks, from recruitment of top managers to monitoring their performance.