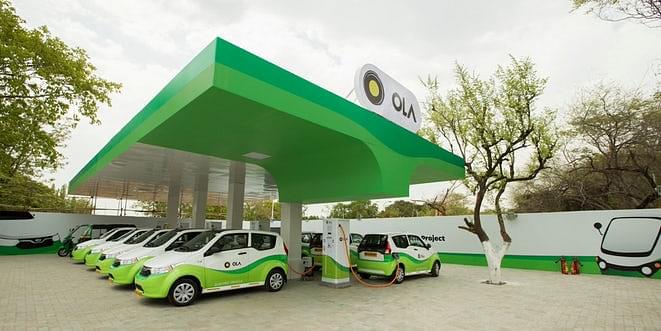 A world with controlled carbon emissions is a dream which has been dreamt by many. Individual dreams and government policies to promote non-polluting sources of energy or mobility have frequently been sacrificed at the altar of budget constraints, difficulty to scale solutions, or simple consumerism.

A few disconnected events taking place across the world in the last few days however should make as pause and think – is the inflexion point here?

Electric vehicles (EVs) have been available in some form or the other for a couple of decades now. They are only just beginning to catch up on volumes. Yet, difficulties abound when it comes to mass adoption. Battery storage is another area where rapid progress can promote renewable power generation as well as longer-range EVs. The disconnected events may foretell good news on both these fronts.

China Doubling Down On Battery Manufacturing

In the month of June, the Chinese government lifted manufacturing licence restrictions on a host of items. One of these items was rechargeable batteries. The country has been working on a friendly industrial policy in an area, where it does not want to miss the bus – literally and figuratively. China, despite being the leading automotive consumer in the world, could never create a booming global auto industry. Manufacturing lithium ion batteries at scale is the Chinese government’s second attempt at dominating global automotive business. Chinese firms now plan to increase battery manufacturing capacity to 120 gigawatt-hours by 2021, taking the country’s share in global battery production from current 55 per cent to 65 per cent in four years. This scale of storage capacity will drive down costs, and hence promote applications like solar power storage, storage for household, agricultural, and light industrial use. Also EV makers can be more assured of low-cost battery availability at scale.

This Chinese battery bounty may immediately find a taker 7,000 kilometres away in Volvo. The Gothenburg, Sweden headquartered firm announced this week that beginning 2019, it will stop producing cars running solely on fossil fuels. The internal combustion engine, an 1862 invention which propelled the Industrial Revolution, will no longer be the only source of running Volvo cars in two years. Every new Volvo car in two years will be either electric or a hybrid. The firm will introduce five new electric cars in the first two years after adopting the new strategy – three under Volvo brand, and two under Polestar performance brand. Starting 2019, Volvo will effectively have two chassis architecture for all its cars, supporting three electrified power trains. These power trains will include a gasoline engine with a mild-hybrid system, a plugged-in hybrid EV, which will have both types of motors, and a pure EV. Volvo is still not doing a Tesla – a pure-play EV strategy – but more automakers may follow their lead over time.

The new French government has announced a total end to sale of petrol and diesel vehicles by 2040. The country will also aspire to be a carbon neutral country by 2050. Energy Minister Nicolas Hulot has set an ambitious target for his country, where more than 95 per cent of the cars sold are still run on fossil fuels. The aggressive French response also comes in the wake of the American snub to the Paris Climate Accord. The minister also announced that France will have no coal powered plants by 2022 and cut the share of nuclear in energy mix to 50 per cent by 2025, the rest coming from renewable sources. The French announcement cited the Volvo electrification plan and the progress countries like Sweden have made in promoting EVs. The announcement also mentioned how India is aggressively chasing a 2030 deadline for cutting over to EVs.

Gurgaon may have been renamed as Gurugram, but no one was expecting it to emerge as the guru of using EVs in public transport. Swarajya had earlier argued that the best way to promote EVs in India was to design policy interventions around scaling battery technology quickly. Gurugram seems to be the first major city to create an electric bus programme. The city is now targeting introducing 75-100 buses in the first phase, catering to 50,000 riders a day. A tie-up with the JBM Group of Poland may be the conduit for manufacturing these buses in Ballabhgarh in the state. Also this plan is still on the drawing board, rapid strides can be made if a few other cities join in to create economies of scale.

As if these global events were threaded together, Bloomberg New Energy Finance produced their Electric Vehicle Outlook Report 2017 this week. This report makes the following broad and bold predictions:

5. Post 2025, EVs will not need subsidies to compete with fossil fuel powered vehicles

8. EVs will consume 5 per cent of total power produced globally by 2040

9. EVs will displace 8 million barrels per day of fossil fuels by 2040

10. Europe will hit 5 per cent of total cars being EVs by 2021, while the USA and China will close in at 4 per cent mark

More details on these encouraging Bloomberg predictions can be looked up at the Twitter feeds of Nathaniel Bullard and Colin Mckerracher. The full Bloomberg report can be read here.

Environment protection benefits are not the only reason why governments are looking to cut carbon emissions. Geopolitics is a far greater driver – all large countries want to reduce their dependence on the Middle East oil and gas to the extent possible. Lithium driven world rather than a carbon driven one is likely to be infinitely more peaceful and predictable.

These are still early days of EV and battery storage revolution. But it would seem like the stars are finally aligning to increase the pace of change. The directionality was always right. We may now find momentum.