And Where Is The Bogey Of Inflation? 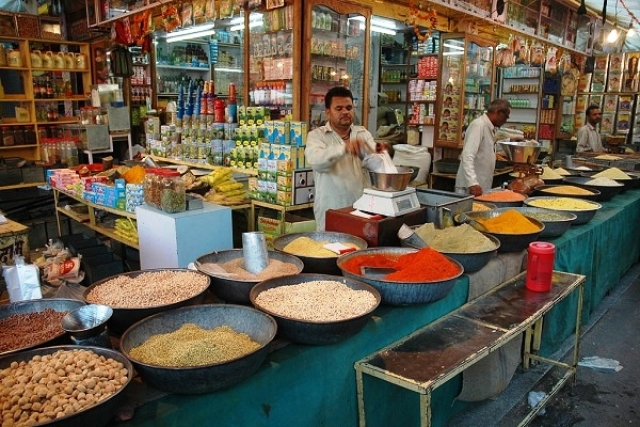 It feels like life has come a full circle as we are back in the month of January and China is back with a lockdown.

The last one year – in many ways for most of us can be considered as a zero year. But it was a zero year with significant discussions on the pandemic, its likely progression, its impact on inflation and so on and so forth.

Let us focus on inflation and the conventional arguments that were raised during the course of the year, including those by a former Governor and Deputy Governor raising concerns of ‘persistent and high inflation’ as a consequence of the monetary easing.

Many presented an argument that the rate cuts would result in inflationary impulse becoming permanent, which would then feed into inflationary expectations.

This would have, as per many, resulted in an inflationary spiral, which would require aggressive tightening in the future.

The opposing view – and one that I ascribe to - was that there would be some temporary inflation as an outcome of the Covid-induced disruption in supply chains which would repair over time.

Thus, inflation would be driven by non-monetary factors and the real threat was of an income shock in subsequent periods which could push down prices.

Inflation has since then eased as it is back in the 2-6 per cent range and it will perhaps moderate over the coming few months and might be even below 4 per cent for a prolonged period.

One of the key reasons why I believed that there are limited prospects of an inflationary impulse was because nominal wages were slashed.

Conventional theory suggests that inflation picks up when the economy overheats, and demand far exceeds the available supply of goods thereby pushing prices.

When wages are down, then the chances of economy overheating are limited - thus if there is inflation in such situations, then it must be because of supply factors such as an increase in cost of inputs.

In such a case, increasing interest rates could have been counterproductive. Therefore, we must applaud the Monetary Policy Committee, and primarily Dr Ashima Goyal for repeatedly stressing on the fact that inflation in preceding months was temporary.

The reason why this discussion is important is because inflation being well within the 2-6 per cent range has interesting implications for all of us.

What this means is that MPC can continue to keep the interest rates low in the foreseeable future without any looming threat of inflation becoming a key concern.

In fact, MPC had explicitly stated that it will continue its accommodative stance till the economy recovers – but with inflation moderating, there are prospects of the RBI keeping rates low well beyond our economic recovery as inflation could well be muted.

The simple argument here is that if there is no inflationary impulse, then why would the MPC hike rates?

After all, its mandate is to achieve the target of 4 per cent inflation (+/-2 per cent).

Lower rates are critical as they affect sectors such as real estate and automobiles given that EMIs are essentially the instrument through which people evaluate the cost of their ownership.

The recent pickup in residential real estate is largely an outcome of the confluence of stamp duty cuts and lower rate of interests which have made home ownership an attractive proposition.

Thus, clearly low rates and surplus liquidity is assisting our economic recovery while also creating space for the government to borrow to meet its deficit.

One of the institutions which I criticised a lot in the past has emerged to be a star-performer for India during the pandemic – and that is the Reserve Bank of India.

Here’s hoping that the measured approach of evaluating the drivers of inflation before responding using monetary policy tools becomes a key institutional mechanism to ensure such a performance for the future.