Are Financial Markets A Public Good? 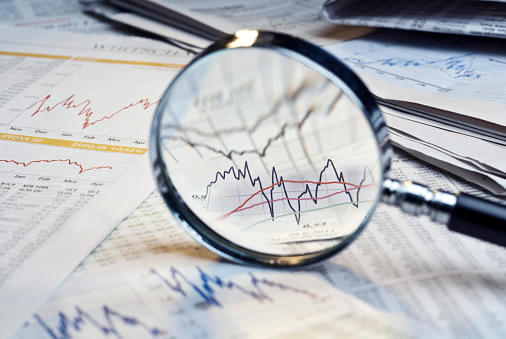 I think that is the real issue. King goes towards the heart of the problem here:

Monetary stimulus via low interest rates works largely by giving incentives to bring forward spending from the future to the present. But, this is a short-term effect. After a time, tomorrow becomes today. Then we have to repeat the exercise and bring forward spending from the new tomorrow to the new today. As time passes, we will be digging larger and larger holes in future demand. The result is a self-reinforcing path of weak growth in the global economy.

In these sentences, he has captured the essence of today’s vexing low growth problem, in spite of (or, because of) record low interest rates and so much debt creation. Too much of bringing growth forward through debt induced spending. How did that happen?

It happened because of reliance of financial markets to price debt. Saving-spending imbalance between nations did not lead to the mispricing of debt. That is what Bernanke believes in. That savings glut in emerging economies found refuge in debt issued by the developing world and this demand for debt of advanced economies brought down their interest rates below natural levels, causing borrowing to surge. That is poppycock. Debt levels in Western societies had begun to raise steadily and spectacularly from the Eighties as most of them ran out of sources of growth.

Since the 1980s, public debt in countries defined as advanced economies by the International Monetary Fund have grown just under 14 times whereas their Gross Domestic Product (GDP) had grown little over five times (chart).Debt and financial liberalisation became the key drivers if not the only drivers of growth. So, financial markets have a lot to do with mispricing of debt. Perhaps, the whole of it.

If financial market theories were right, sophisticated, rational investors discounting all future outcomes with an appropriately risk adjusted discount rate, should have been able to offset the perilous effects of low and ever-declining policy rates. Instead, financial markets (investors) priced debt too low even as debt - both private and public sectors were on a borrowing binge - was exploding.

Government bond yields have been on a falling trend since the eighties. Investors priced in the secular decline in inflation and the decline in policy rates (short-term) rates more than they priced in the risk of the rapid rise in debt. In fact, they ignored it.

The decline in inflation was precipitated, in turn, by the focus on wage growth and the emphasis on controlling labour costs. Capitalists accumulated debt (and risk) in pursuit of short-term profits at the expense of labour and of the future of capitalism itself. That is another story for another occasion, of course.

So, investors were willing to lend more and more to governments at cheaper and cheaper rates even as governments (and corporations and households) became more and more indebted. It does not make sense at all. But, why did it happen?

One explanation is that stock-based financial compensation has played a role in the shrinking of horizons for executives. They seek to boost the stock price performance short-term as their personal financial rewards are tied to that.

Further, most stock-based compensation plans are not for risk-adjusted improvement in the share price. Therefore, anything that increases share prices is fair game. Consequently, debt-financed share buybacks have proven to be the norm. Investors have gone along with that, until now.

Second, central banks are partly responsible for investors’ reluctance or refusal to learn this basic lesson, as they keep asset prices levitating at higher levels without any fundamental backing. By underwriting asset prices, implicitly or explicitly, central banks have removed policy risk from the investors’ lexicon. In turn, that has removed the perception of risk itself, not just policy risk.

But, a large part of the explanation is that humans have always had problems with discounting outcomes that are more distant. That has continued from their hunter-gatherer days. In his famous book, ‘Thinking Fast and Slow’, Daniel Kahneman documents the human tendency to overweight the ‘peak-end’ experience rather than the average experience over its duration. Put simply, we go for the highs and we want the ending to be good. We are not interested in maximising our happiness evenly throughout an endeavour or experience.

That militates against the long-term and biases us towards actions that provide the instant high. If human beings are wired that way, then the stock market becomes a barely-concealed avenue for gambling. Technological progress feeds into this short-termism. Algorithmic and high frequency trading are logical but not ultimate extensions of the tendency to overweight the ‘here and now’.

If so, the so-called reliance on (financial) market mechanisms, allegedly for capital allocation, is doomed to fail and result in frequent crises, for it gives full scope to humans’ short horizons and ends up mispricing or not pricing risk at all. That logically leads to a stark conclusion: financial markets are the real drags and sources of past and future crises.

Unless either they are drastically modified or completely obliterated from the face of the earth, they will keep doing what they are doing - short-term and incestuous gains just for insiders at the expense of long-term losses, narrow gains at the expense of societal losses resulting in periodic crises.

Financial markets are, in short, a public bad. Mr. Nitin Nohria, the dean of the Harvard Business School, gets it only partially right in a recent op.-ed. in Wall Street Journal. Finance may be value creating but financial industry, as it is organised today, is not.

That financial markets exist for the benefit of the institutions and serve no social purpose as of now or as they have evolved over the years is a view that is no longer extreme. John Kay’s entire book, ‘Other people’s money’ is devoted to that idea.How does one make financial investors take a long view? In other words, how do we make investors target risk-adjusted returns, over a reasonably long horizon? That is proving to be elusive.

To the best of my knowledge, neither John Kay nor Mervyn King have proposed concrete solutions. Mervyn King cannot suggest dismantling the present arrangement. So, the only guarantee is future crises. Indeed, that is the only prediction King offers. Perhaps, if monetary policy were not so solicitous towards asset markets and financial services, investor behaviour might change. As mentioned earlier, there is a class war here and central banks have sided with capital, at least since the Eighties.

If monetary policy were to take a more balanced attitude towards both capital and labour (removal of policy bias in favour of capital and against labour), that might make investors look to stay invested longer to make their targeted returns. The sheer removal of the policy bias against labour might lower return to capital to more normal levels. Investment horizons may have to be lengthened to achieve satisfactory returns.

However, I am skeptical because there is overwhelming evidence in research and in real life situations that humans are inherently incapable of discounting the long-term. We are simply not wired for it. Therefore, Kay and King may be right. The safer prediction is that of further future crises, as long as financial markets are around.