As Both CPI & WPI Crash, Real Threat To Economy This Year Is Disinflation 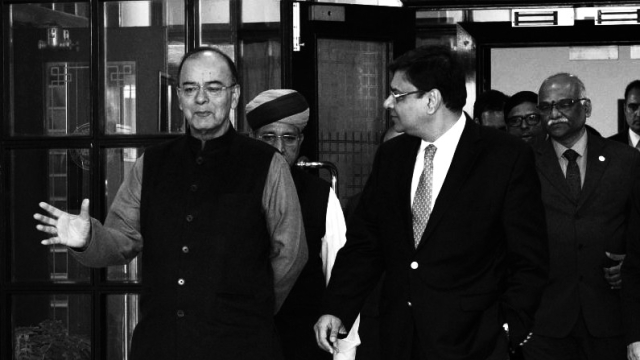 Last week, wholesale inflation (WPI) fell with a thud to 0.9 percent in June, down from 2.17 percent in May. With retail inflation (CPI) also down to 1.54 percent, one would think that the real challenge is disinflation not inflation.

At 0.9 percent, WPI inflation is heading towards zero, which is where it was exactly a year ago. It indicates a lack of pricing power, if one looks at the composition of the WPI decline in June. While primary products, including food, rose by 0.3 percent, fuel declined by 1.2 percent. But manufactured products, which constitute 64.23 percent of the weights in the WPI, actually declined by 0.1 percent.

In part, this could be due to pre-GST discounting that happened in many sectors, but since industry is far from adjusted to the goods and services tax regime, one cannot rule out the possibility of a further weakness in manufactured goods pricing. This is so because it is in manufacturing that GST works best with its tax setoffs. Many key industries, including automobiles, have seen price cuts after GST.

For a government which is less than two years away from a general election, disinflation bordering on deflation is the last thing it needs. Action is, therefore warranted on several fronts. While the shift in the budget date to early February this year has enabled government spending to start in the first quarter of the financial year itself (spending in April-May was 55 percent up this year compared to 2016-17), it also brings with it the possibility that spending in the later quarters may flag in order to stay within the boundaries of fiscal balance, unless growth and revenues exceed expectations.

Similarly, while huge bump-up in HRA for government staff kicks in from July, thus giving consumption demand a possible boost, it will cost the exchequer over Rs 30,700 crore annually. Again, this will put crimps in the fiscal roadmap.

Then, we are also up against the possibility of the government having to pick up large chunks of equity in tottering banks – banks which now have to provide for the haircuts they take on companies sent for liquidation to the National Company Law Tribunal. These cases may well face resolution by the end of the year, or early next year, just when the GST compensation bill for states which did not receive revenue growth may come up for central reimbursement.

If we accept the logic that disinflation or even deflation will be worse than the prospect of a small spike in inflation due to increasing government spends, it follows that this is not the year in which the fiscal roadmap can be adhered to. It needs to be relaxed.

It is also worth questioning the value of a monetary policy committee (MPC) which actually ends up restraining the Reserve Bank Governor from acting quickly between policy dates in case disinflation looms. It is, of course, possible to ask the MPC to meet outside the scheduled meeting dates, but this cannot be done in secret, and will encourage market speculation in the meantime.

In 2008, Governor D Subbarao could quickly cut rates between scheduled policy dates as he was not stuck with an MPC to consult. He could take a call after discussions with the government without waiting for committees to agree on his moves. Many heads are not necessarily better than one in a crisis.

There is a case of making the MPC a recommendatory panel, leaving the RBI with effective powers to act on its own when crisis looms.

Of course, it is possible to argue that inflation may rise later this year for various reasons. But in India, inflation is prone to sudden spikes due to the food and fuel components in CPI. The time to act on inflation is when it actually shows up, not when it is mere speculation in the minds of the MPC.