B. R. Shenoy: A Forgotten Economist And What Modi Can Learn from Him 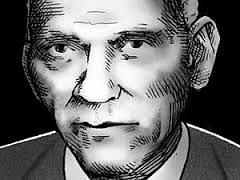 The ‘honour’ and ‘influence’ that have so far been missing from the story of B. R. Shenoy, needs to be restored without further ado. Swarajya celebrates his 110th birth anniversary.

Today, June 3, marks the 110th birth anniversary of an economist little known outside a rarefied circle of economists and classical liberals. But Bellikoth Raghunath Shenoy (1905-1978), was one of the few brave voices that spoke out against the socialist path that economic policy making was being taken down by the post-Independence ruling establishment.

What Shenoy is most famous for is the dissent note that he appended to the memorandum prepared for the Planning Commission by a panel of twenty-one eminent economists in 1955. He was the only one among them to disagree with the basic approach to the Second Five-Year Plan. In his “Note of Dissent on the Memorandum of the Panel of Economists”, Shenoy disagreed with his colleagues on three major issues – size of the Plan, deficit financing as a means of raising real resources for the Plan and certain policy and institutional implications of the Plan frame.

Shenoy saw various problems with the over-ambitious character of the Plan frame. He warned that forcing a pace of development in excess of the capacity of the available real resources would lead to uncontrolled inflation and wastage. He also emphasised that there is no device for creating real resources which are not saved and that it would be short-sighted – and self-defeating – to fill the gap (between the size of the investment programme and available resources) by credit creation or deficit financing.

On policy and institutional implications of the Plan frame, Shenoy raised red flags on matters which were considered necessary to help the Plan succeed, such as taxes on lower income groups, extension of nationalisation, continuance of controls, price support of agricultural produce and other legislative and administrative measures which would threaten individual freedom and democratic institutions. As it happened, almost all of Shenoy’s fears came true as the planners chose to ignore him. Way back in 1963, Nobel Laureate Milton Friedman said about Shenoy’s dissent note: “If one reads Shenoy’s report now, it sounds like a retrospective description of what happened rather than a forecast.”

It is well known now that the economic development path taken under Nehru overly relied on central planning and industrialisation through a network of licensing and controls as a means to achieve accelerated development. It is also well accepted that such a path was a wrong one.

Still, there are many who argue that while we can now, with the benefit of hindsight, question the results of centralised planning, planners of that era did not know any better and had no alternative policy choices. Shenoy’s note of dissent belies such a claim. In any case, Shenoy was not the only voice of dissent. Perhaps he was a lone voice among Indian economists at the time but there were others like Rajaji, Minoo Masani, A. D. Shroff, and Nani Palkhiwala who were warning about the dangers of following this path.

Reviewing 25 years of planning in 1975, Shenoy wrote, “We adopted these policies as a means to an end, not as a political way of life, as in communist countries. It is time that we replaced them by policies that have stood the test of logic and empirical evidence.”

Today, the Planning Commission may have been abolished but government planning and interventions are far from over. India is still pursuing the path of incrementalism – piecemeal changes in the hope that they will lift its masses out of poverty – when what is needed is a complete abandonment of old and new forms of dirigisme. The unprecedented mandate of the recent times given to the Bharatiya Janata Party last year was not for incremental change. Instead, it was for a complete transformation of our policies. And that is why it would be a good idea for Narendra Modi and his economic managers to bone up on Shenoy’s views.

There is much that the current government can learn from Shenoy’s prophetic views and writings which bear relevance and meaning even today, even more so in certain cases. It is about time that the conviction for market reforms that is evident all through Shenoy’s writings starts getting reflecting in policies of Indian government as well.

Just like the United Progressive Alliance government, the Modi government’s attitude towards India’s mammoth public sector and the associated disinvestment programme so far appears limited to bridging budgetary gaps. There are 219 central public sector enterprises, many of them loss-making. Shenoy had said that efficient management of business and industrial concerns in a competitive market economy is a highly specialised function and demands qualities which a civil servant is not required to, and in the ordinary course of his training may not, acquire and therefore this function should be best left to private entrepreneurs.

Clearly, in the modern day and age, there is no reason for the Indian government to own and operate as many as 219 CPSEs. If the Modi government were serious about ‘minimum government’ and ‘government having no business being in business’, it should take Shenoy’s advice and drastically reduce the number of public sector companies, retaining ownership and control perhaps only to a few public utility concerns and those involving national security.

Today, corruption is a hot-button topic. The issue has seen a popular people’s movement transform into a political party which then has gone on to occupy the seat of power in Delhi. The rise of Aam Aadmi Party was predicated on the issue of eradicating corruption by instituting a Jan Lokpal, which essentially means instituting another layer of bureaucracy to check up on all the other layers of bureaucracy and government. Other political parties have so far limited themselves to treating the symptoms and not the root cause of the disease. Shenoy would have found all these solutions quite useless.

In another of his prescient essays titled ‘Economics of Corruption’, he put forward the thesis that corruption is an inevitable by-product of the policy of interventionism. Writing in 1975, he saw that the largest amounts of corruption payments were from import licenses, public sector contracts, and smuggling – all areas which were heavily controlled and regulated by the government. He rightly noted that any administration exposed to these ‘Himalayan corruption potentialities’ would succumb to temptation. Clearly, the answer to the problem of corruption does not lie in instituting better and more efficient and ‘honest’ inspectors or draconian laws. For Shenoy, the answer lay in eradicating such controls and interventions, thus automatically eliminating any potential for corruption.

The agrarian crisis that is facing the country today has sparked much debate on likely solutions. Barring a few, almost every voice speaks about increasing price support to farmers through the minimum support price (MSP) mechanism. High food inflation is also cited to justify the government keeping buffer stocks. Interestingly, these issues were debated in the 1950s as well and Shenoy’s had taken a contrarian view. “In theory it may be possible to distinguish between seasonal price movements from the long-term price trends, and to prescribe that seasonal fluctuations should be smoothed out by State purchases in times of harvest and sales between harvests. In practice, however, such distinctions may prove to be difficult and seasonal interventions may turn into long-term price support operations.”

Look also at how prophetic his warnings about the “inherent dangers” of price support of agricultural produce were. Calling the price support policy a subsidy by the rest of the community to the farmers, he said the strain of the subsidy will result in a shortage of resources for open market purchases and storage of agricultural produce. “This, in due course, would lead to either abandonment of the price support policy or inflation. In either case damage would result.” He also noted that “the distinction between crops would be invidious, the relief provided may prove to be a token, and it might cause a distortion in the pattern of agricultural production and economic instability.” Indian agriculture is currently suffering from all these problems.

Friedman wrote in 1963, “… though most economists display a deep respect for Shenoy’s courage and personal qualities, he remains a prophet without honour in his own country.” Three decades later, speaking at the B. R. Shenoy Memorial Lecture in Ahmedabad in March 1993, British-Hungarian development economist Lord Peter Bauer said, “Shenoy has had no influence on Indian economic policies”.

This needs to change. The ‘honour’ and ‘influence’ that have so far been missing from the story of B. R. Shenoy, needs to be restored without further ado.

Kumar Anand is a New Delhi based Economist
Get Swarajya in your inbox everyday. Subscribe here.
Tags: