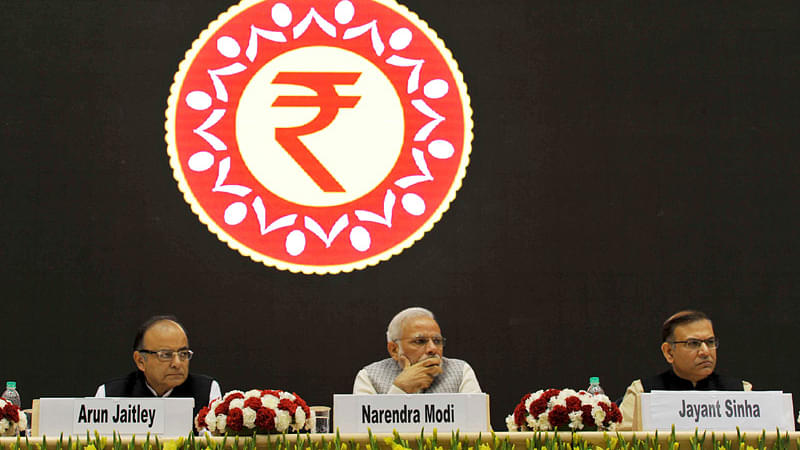 Since his Parliamentary election victory in 2014, Prime Minister Narendra Modi has been the cynosure of all eyes. Promising to shed the Nehruvian past and transform India into an economic superpower, the Bharatiya Janata Party (BJP) and its allies coasted to victory and gained an absolute majority in Parliament. After two years and three budgets, Indians and the world are still waiting with bated breath for what is often deemed in right-of-center economic circles as the ‘Reagan-Thatcher moment’.

Reaganomics or Thatcherism has come to mean economic policies that reduce tax burden, remove onerous regulations and adhere to fiscal discipline. But the most important aspect is the diminished role of the public sector and an enhanced role for the private sector.

In order to reduce the role of the government in the economy, both US President Ronald Reagan and British Prime Minister Margaret Thatcher took on substantial risks in confronting powerful and entrenched employee unions. They staked their presidency and prime ministership to change the fate of their nations and give a new direction to their countries’ economies.

By crushing employee unions, they created a free market economic environment where competition could flourish and innovation and entrepreneurship were rewarded. In a similar vein, Prime Minister Modi must confront employee unions if he is serious about transforming India. Modi needs to look no further than the ongoing banking crisis for his ‘Reagan-Thatcher moment’. By taking on dominant employee unions of nationalized banks, the Modi government can signal to voters as well as India watchers across the globe of a decisive right turn in economic policy.

Riding on the 2014 election promise of “Minimum Government, Maximum Governance”, shares of several Public Sector Banks (PSBs) hit record highs. Following the inaction of the Government over the last two years on privatization and governance reforms, along with a lack of enforcement by regulators, PSBs’ shares hit record lows causing a market cap erosion of close to Rs 3 lakh crore. The Nifty PSU Bank index, which was hovering around 4,100 last year, is currently at 2,300, indicating a loss of almost 45%. Many banks which were valued at 1.5 times the book value not long ago are now trading at about 0.4 times.

Public Sector Banks have already written off more than Rs 1.25 lakh crore of bad loans. Current estimates of Non-Performing Assets (NPAs) range anywhere between Rs 7 lakh crore and Rs 10 lakh crore. Estimates for recapitalization of PSBs will mostly be borne by taxpayers, which is a travesty.

The Finance Ministry and Reserve Bank of India (RBI) officials believe that the problem of bad assets can be managed by tweaking Strategic Debt Reconstruction (SDR) norms and revaluing real estate assets. Regrettably, the current path – “Mission Indradhanush” – to resolve the humongous NPA problem in PSBs is woefully inadequate and lacks courage, conviction and imagination. Moreover, it fails to follow international principles of corporate stewardship and accounting norms.

A universally adopted solution to such a tectonic loan crisis in the banking system is threefold. First, zombie banks should be liquidated. Second, banks with reasonable asset base can be absorbed by bigger banks. Finally, public prosecutors must follow the money trail and prosecute corrupt bankers and promoters who are wilful defaulters to send a strong message of zero tolerance on corruption, abuse and wastage.

Unfortunately for the taxpayers, despite non-performance and lack of accountability in PSBs, the Government continues to infuse capital even in zombie banks. Just last year, the Government received preferential equity in exchange for Rs 13,000 crore of taxpayer money in eight PSBs. Today, those shares have lost more than 50% in value, costing taxpayers dearly. And prosecutors are yet to bring even a single case against the banker-businessman nexus.

Rather than delaying the inevitable, both the Government and the banking regulator should follow international norms to avoid a crisis. Banks that cannot survive without capital infusion from the Government should be absorbed by larger banks. Zombie banks that have perennially deferred recognizing NPAs in order to report a profit should be shut.

NPAs in PSBs are by far the biggest challenge and a true test of governance for the Modi government. Like President Reagan and Prime Minister Thatcher, it’s time to take on entrenched employee unions which stoutly defend the status quo. In 1998, when the Narasimhan Committee proposed far-reaching reforms, employee unions of RBI and PSBs scuttled its implementation.

This time around, the Government must choose taxpayers over employee unions by allowing bank mergers to happen, liquidating zombie banks and relinquishing majority stake. Such an action would send a strong signal to global and Indian investors that the Modi government is serious in transforming the country.