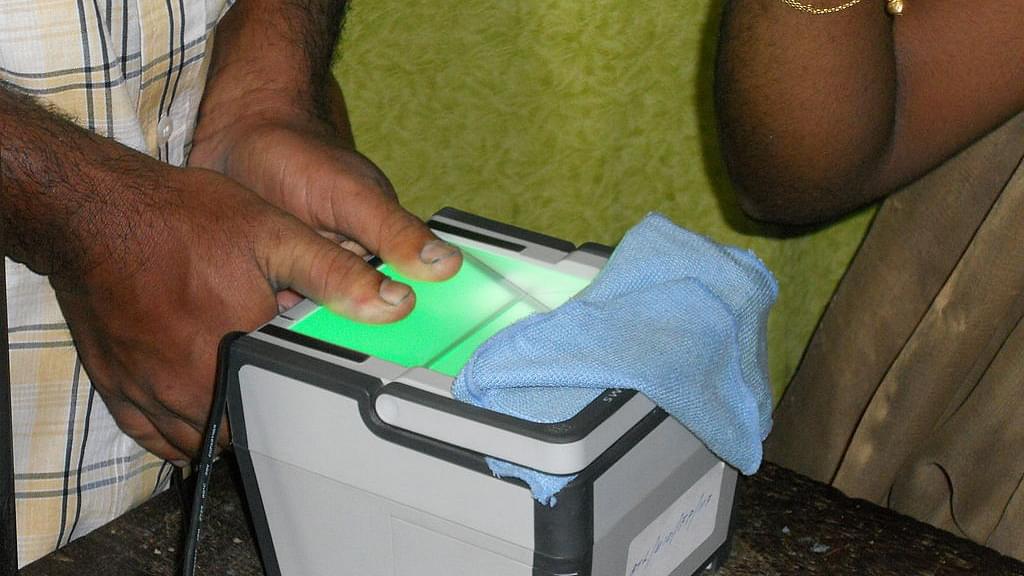 Given the discussion and debate going around Unique Identification Authority of India (UIDAI), better known as Aadhaar Card, I am not sure if this the right time to put forward these views on the topic. There have been questions on the security issues, vulnerability of private data and forceful opt-in for most, if not all, of the existing services, right from admission in schools to entrance exams for IITs and beyond. However, this piece isn’t about any of those issues.

With a huge demography, I believe UIDAI can play a central role within various projects and policy interventions. It can help solve three important issues which country faces – i) visibility to talent beyond Tier I & II educational institutes, ii) background verification in general and specifically for government projects and iii) detecting shell companies used to play around the economic regulations.

Companies do not look beyond Tier I/II institutes

I had first thought about such a central government platform back in 2011 when I had closely witnessed the hardships of students graduating from Tier IV [Tier I = IITs/IIMs, Tier II = NITs/BITs & Tier III = Top regional colleges such SP Jain, NMIMS, etc.] institutes and beyond. For most of these colleges, the concept of campus placement is unheard of.

Educations forums and websites, such as Quora, are filled with queries from students studying in such educational institutes, who are concerned about their slim chances of getting a job. It is no secret that even bright talent from these institutes has to put in much more hard work to gain some visibility from reputed organizations for employment.

And it doesn’t stops there. According to the findings of a survey of 70 companies done by Willis Towers Watson in India, starting salaries for graduate and postgraduate students with technical degrees from Tier III colleges in India is almost 1/3rd of their counterparts from Tier I colleges. It’s much worse for MBA students, as Tier I students command four times as much starting salary when compared to those from Tier III colleges.

Leveraging Aadhar to connect with the right talent

While there was an Employment Exchange in place by the earlier governments, Narendra Modi government has initiated multiple projects to deal with employment issues. In November 2014, CSC eGovernance Services India Ltd, a governance portal by the Department of Information and Technology, had partnered with Monster to launch a new e-KYC based job portal for rural India. Through this portal, village level entrepreneurs could help job seekers with an Aadhaar number upload their resume and access the services of the Common Services Centres (CSC) for jobs.

Government had launched another comprehensive job portal, National Career Service, in July 2015, for connecting all existing employment centers as well as in creating one of a kind of an online employment exchange board using the Aadhar database.

As Aadhaar becomes a checkpoint at multiple stages in educational journey of students, it will eventually evolve to be a rich database having information of all the academic milestones and achievements.

For organizations, it could then become a single go to database to reach out to talent, with a particular skill set or experience. There’s no dearth of job portals or talent networks, but a larger part of Indian population is off it.

However, with Aadhaar being a mandatory for most of the government services, including educational subsidies, it would lead to faster adoption of such platforms. For instance, submitting the details on government portals could help scale the learning curve faster and introduce the students to host of other channels.

Similarly, for companies, a large chunk of background verification might just be getting the bio-metric details of the potential employees.

And for employees, submitting their documents would be as easy as sharing the link of their documents, stored in Government of India’s Digital Locker, which is linked to Aadhaar number.

Long term investment for the government

While from the above scenarios, the Aadhaar looks beneficial only for the private companies, in the longer run, government would actually be able to reap the fruits from it. Government and semi-government organizations would have access to humongous data which could help them assess the vendors or private player partners beyond the costing. Aadhaar database might help government agencies to gauge the strength of the potential vendors, based on the talent associated with them. This might have sounded farfetched earlier, but not now.

According to some reports, government has been using big data analytics to scan through tax returns filed by individuals, companies, etc. and the money deposited by them to paint a clearer picture of tax evaders. So it doesn’t really sound too good to be true, if tomorrow, government decides to work with a particular company to access the right set of talent.

By definition, shell companies are defined as a non-trading organization that does not engage in any activity but exists only as medium for another organization’s business activity.

However, most of them end up carrying out illegal activities such as tax evasion, bankruptcy frauds and money laundering.

Just post demonetization, Rs 3,900 crore was laundered through shell companies between November-December. As Livemint recently reported, only 600,000 out of the 1.5 million companies registered in India file their annual tax returns, leading to the inference that a large number of these non-filers “may be indulging in financial irregularities”. Most of them help politicians and businessmen to convert black money into white – by transferring from ‘A’ to B, C, D, E and many more before it reaches the expected account of ‘Z’, but before ensuring that neither of the two remain accountable for the taxes associated with the transaction.

Rapid usage of such companies during the demonetization has ensured that various government agencies have started coordinating to crackdown on such companies.

UIDAI might not be the direct or immediate answer of this problem but going forward, it can play an important role.

Mapping Aadhaar numbers of employees to companies’ TIN/PAN details can be the first step in the process. More often than not, such companies exist only on paper and they do have any employees associated with them. Using employee-employer tagging and mapping of Board of Directors with Registrar of Companies on the Aadhaar database, can help government establish correlations and associations of same set of people with multiple companies. While the legal ones will be able to justify their one-to-many relationship, others will make it easier to identify the shell companies in a much efficient manner.

Aadhar is no magic wand, but data can help create one

Give or take, in 21st century, privacy is a myth. That doesn’t really mean that citizens should be happily sharing all their information with the government. But opposing Aadhaar doesn’t really cut ice with the government or for that matter, a majority of our population. Instead, the debate should be around highlighting the security issues, accepting the good part of it, challenging the evil associated with it and reaching a common ground.

Governments, across the world, will have to leverage the power of centralized databases if they have to define the way forward and deliver results for this generation.

Government of India has already started using it for plugging the gaps in education and employment, while it is exploring new social contracts in the form of Universal Basic Income. In this context, government and the citizens will have to depend on Aadhaar to serve the purpose.