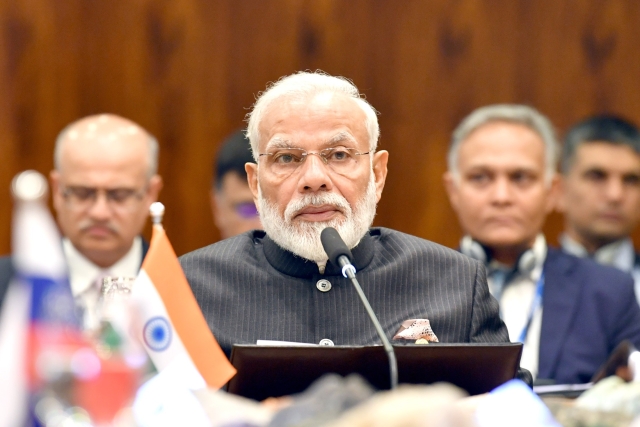 On Monday, the Prime Minister announced complete shutdown of the country for the next 21 days.

This decision is unprecedented in India’s history. While other countries have announced shutdowns, India’s decision comes at a relatively early stage compared to others.

The government has decided to strike preemptively to nip any potential conflagration of the epidemic in the bud.

Unquestionably, the decision is courageous, because of the economic disruption, but it needed an equally bold fiscal and monetary policy measures to prevent debilitating damage to the economy, especially the informal sector, the self-employed, and the daily wage workers.

Now is not the time to pussyfoot with half-hearted measures. The oil price plunge has provided India with an unprecedented triple gift—relaxing any pressure on the current account deficit, keeping any inflationary pressures subdued, and providing fiscal room.

The coronavirus epidemic comes at an especially inopportune time for the Indian economy. The economy was just starting to show some acceleration from a malaise that had resulted in the weakest growth since the global financial crisis.

Moreover, the financial sector was still struggling with Yes Bank requiring a rescue.

The adverse economic impact can be seen in the stock market, with Sensex underperforming most major global indices. The blow to small caps has been even more severe.

Given the precarious state of the economy and the financial system, I would not have recommended such a drastic step as a complete shutdown, which will bring economic activity to a halt and exacerbate the ongoing financial difficulties.

That said, I am not an epidemiologist, I am not answerable to 1.3 billion people, and I cannot fathom the grave responsibility of being in such an unenviable position.

Many people do not fully comprehend the economic and financial ramifications of such a drastic decision.

In a simple village economy, if everybody stored up food and decided to hibernate for a month or two, nothing terrible would happen. They would come back to work, and life would resume as usual.

In a modern economy with specialisation, the web of interlinkages is intricate and in shutting down the economy we should ensure that the web is preserved.

Moreover, with increasing financialisation, the web of financial interlinkages is even more complex and fragile.

Businesses and people with variable cash flows, such as restaurants, daily wage workers, self-employed, are especially going to experience a severe income plunge. However, they will still have to pay their fixed commitments, such as rent, mortgage, electricity bills, etc, causing them to fall behind in their payments.

They are not the only ones. Airlines, hotels—businesses that have large fixed costs and largely variable revenues—are going to come under severe financial stress. These entities falling behind on payments have the potential to create a cascade of financial problems through the economy.

What steps can be taken to alleviate the economic pain, prevent lasting damage to the economic fabric, and put the economy in a position to rebound strongly when the crisis abates?

We need a combination of fiscal and monetary measures. In contrast to usual macroeconomic policies—aimed at boosting demand—the objective here is not to boost demand. In fact, boosting demand is counterproductive when demand has been artificially suppressed by the lockdown.

The objective of policy should be to help people and businesses maintain their financial well-being, so that they are ready to come back when the epidemic fades. In that light, the following steps are vital:

1. Urban wage workers: since the urban and semi-urban poor are most affected by the shutdown, a grant of Rs. 5,000 per month per BPL family for up to three months should be considered.

2. Small businesses should be extended zero-percent loans for at least one year. The programme can be administered by banks but be funded by the central government.

Eventually, these loans can be converted to grants at a later date if the said businesses can show hardship caused by the shutdown. Given that speed is essential, this is not the time to be deciding the criteria for such grants nor for asking the beneficiaries to prove their eligibility.

3. Waiving interest on loans for airlines and hotels should be considered—these businesses have been clearly devastated. The burden should be entirely borne by the central government. However, the businesses availing of the subsidized loans should have a conditionality attached restricting them from laying off employees.

4. RBI needs to support the government’s efforts by keeping the system flush with liquidity, including buying bonds to prevent disorderly rise in interest rates.

5. The terms of NPA recognition for banks and NBFCs should be relaxed. In particular, NBFCs are at the forefront of financing many of the severely affected sectors—MSMEs, traders, contractors. This is a time for forbearance.

6. Most important, the RBI should state unequivocally that inflation is under control, the rupee is on solid ground, and that the financial system is sound, and they stand firmly behind it.

Prior to the Covid breakout, the Indian economy was starting to show signs of a pickup. Unfortunately, the pandemic has been a major setback.

The domestic Indian economy will most probably rebound as the damage is contained and if the right steps are taken. However, the global economy is likely to remain weak, hindering exports.

Luckily, the drop in oil prices will keep the current account in a relatively good shape. A large one-time fiscal boost will stabilise the economy and the financial system.

By keeping the economic foundations intact, any fiscal slippage now will actually improve the long-term fiscal picture far more than efforts at penny-pinching that could permanently damage the economy and reduce the tax base.

Most other countries have been behind the curve in tackling the virus but they have already acted to address the economy. That probably reflects their priorities.

India as always hews its own path. That said, the economy needs an urgent dose of preemptive medicine as well. Let us act with the same boldness on the economic front.