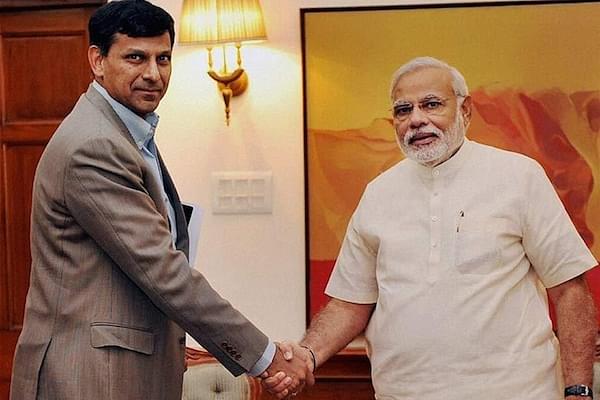 The Reserve Bank of India released its annual report earlier this week. The report had some important data points which I shall discuss in this piece.

“The GNDI...measures the income that residents can actually use for either consumption or saving, thus accounting for their purchasing power and, consequently, for their living standards.”

As per the paper, India’s GNDI is around 1.03 times its gross domestic product.

The household financial savings comprise of currency, deposits, shares and debentures, insurance funds, pension and provident funds and something referred to as claims on government. The claims on government largely reflects of investments made in post office small savings schemes.

Why has this happened? The simple reason for this lies in the fact that the rate of inflation has been lower in 2015-2016 than it was in the earlier years.

The point is that when the rate of inflation goes down (i.e. there is disinflation) people have a chance of saving a greater portion of their income and that is what seems to have happened. Lower rates of inflation have led to higher household financial savings. The inflation, as measured by the consumer price index, peaked at 11.5 percent in November 2013. It collapsed to 4.3 percent in December 2014 and it averaged under 5 percent through 2015.

Both the Narendra Modi government and the Reserve Bank of India Governor Raghuram Rajan deserve credit for this. The Modi government for managing food inflation by not increasing the minimum support price on rice and wheat at the same rapid rate as it had been raised in the past (although this had started during the last year of the Manmohan Singh government) and Rajan for managing inflationary expectations (or the expectations that consumers have of what future inflation is likely to be).

This clearly shows that most people who invest in deposits (of banks or otherwise) are victims of money illusion. In 2011-2012 and 2012-2013, the nominal interest rates on bank deposits where close to nine to ten percent and so was the inflation as measured by the consumer price index. This clearly meant that people were losing purchasing power on the money invested in deposits.

The inflation since then has fallen to around five to six percent. The interest rates on bank deposits has fallen to around 7-7.5 percent. Nevertheless, depositors are now making a real rate of return on their deposits because the rate of interest on deposits is greater than the rate of inflation. This clearly wasn’t the case earlier, and the depositors were essentially losing purchasing power by staying invested in deposits.

“[Money illusion] involves a confusion between ‘”nominal” changes in money and “real” changes that reflect inflation...Accounting for inflation requires the application of a little arithmetic, which...is often an annoyance and downright impossible for many people...Most people we know routinely fail to consider the effects of inflation in their finance decision making.”

This explains why people have moved away from deposits. The falling nominal rates have led to them shifting their investment to other avenues even though the nominal return on deposits is now in positive territory. Take a look at the claims on government. This has jumped from almost nothing to 0.4 percent of GNDI. This basically means that the smarter lot has moved their money to small saving schemes where the nominal rate of interest as of now is higher than the interest on offer on fixed deposits.

Investments in shares and debentures has also jumped up from 0.4 percent to 0.7 percent of GNDI. This should make the Finance Minister Arun Jaitley happy. He complained some time ago that people invest so much money in fixed deposits while ignoring other forms of investing like shares, debentures and mutual funds.

Currency holdings have also jumped from 1.1 percent of GNDI to 1.4 percent of GNDI. I really do not have an explanation for this. Why would people want to hold money in a form where they don’t get paid any interest?

This basically tells us that households borrowing is alive and kicking. These numbers are again an answer to those who keep demanding that the RBI cut the repo rate at a much faster rate than it has. The trouble is clearly with corporate borrowing which continues to remain in a mess, and there is not much (and it shouldn’t) that the RBI can do about ensuring that banks lend to corporates.