Budget 2021: Reforms Crucial, But No Substitute For Fiscal And Monetary Action 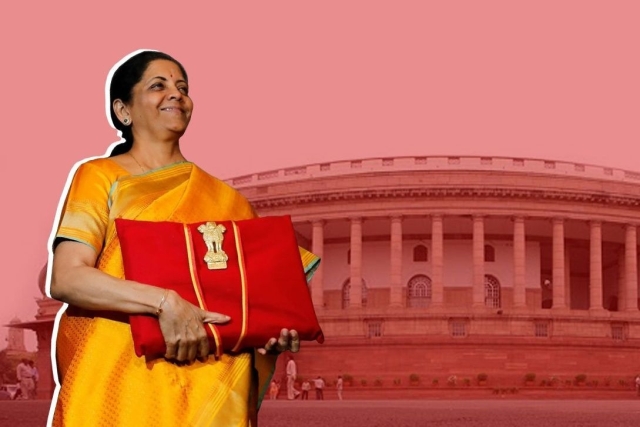 We are a few days away from what could prove to be a significant budget as it can shape up policy for the next decade.

The budget comes with the backdrop of a pandemic which has created significant disruption to economic activity across the world – and which has pushed our domestic economy to contract for the first time in several decades.

It is one thing to state that the extent of contraction is not as bad as one feared and it is another to say that all is well.

There has been a permanent loss of economic activity and it will very likely take some time before we are able to recover the same. But it is clear for everyone that the focus of this budget has to be on revitalising the economy – unshackling the animal spirits – or any other phrase that analysts and financial commentators like.

The bottom line is that this budget must revive and accelerate our growth rate as we have had one and a half year of growth slowdown followed by another financial year where Covid-19 induced an economic contraction.

The objective and priority of the exercise has never been clearer – but the question is how do we achieve the same. That is, how does a government manage to ensure that growth recovers.

Keynesians would argue that the government should simply spend – others may point that spending may not resolve the production capacity constraints while there is a third section which says that spending is a must, but it must be directed towards a specific set of objectives.

Among the third group of people, there are two categories, one who believe that the spending should focus on the poor to ensure we can cushion them against the impact of the pandemic and resultant economic disruption.

The other sub-section argues that the government must spend on infrastructure and capital development – whether physical or human.

This view comes from the fat that such investments are prudent and will result in dividends in future which makes them a perfect way for utilising a higher deficit.

The consensus view, however, is on the need to spend – or to allow for a higher fiscal deficit for a longer period of time to ensure that the economy recovers.

The divergent views on the deficits will ultimately be resolved by the government when it takes a policy decision in the budget so we will have to wait and watch the approach it adopts.

It is important though to highlight that additional spending is actually required and that reforms – while desired may not be a substitute for fiscal and monetary action.

In fact, research has illustrated that reforms may improve growth in the long-run but they may have an adverse effect in the short run (The J – Curve of Institutional Reform).

Thus, while the budget may continue with reforms – and perhaps may initiate privatisation of sick PSUs, they will positively affect our growth with a lag as productivity level improves.

In the immediate short run, public expenditure is critical, and my inclination is towards directing this expenditure in areas that may act as a catalyst for private investment to come in. That is, it must be spent on developing physical infrastructure in the form of our road-networks, rail-networks, ports and other such infrastructure.

The more we spend here, the richer will be the dividends provided that projects are on time and finished within their deadlines.

The key task, therefore, remains of state capacity in terms of execution of these big-ticket projects which has been historically poor.

The present administration has done well in execution and implementation of projects but there is still a long way to go.

Our ability to improve logistics along with easing of systems and processes for doing business – whether at state or central level will play a major role over the coming decade as it will serve as a key determinant for companies to prefer India over other competitors.

Infra spending too affects growth with a lag, but government can always attempt to finish existing projects by front-loading expenditures required to speed them up.

There is no doubt that this budget would be significant – and that it will shape up the discourse over the next decade. What is simultaneously needed is a short-run boost which could accelerate the process of recovery and revive growth rates back to the seven-eight per cent levels.

Therefore, the important task is to pave way for a sustainable growth trajectory for the coming decade while providing the economy a stimulus to tide over the present situation. It is an unconventional situation where the challenge is not of meeting the deficit – but it is instead of figuring out how to best utilise the deficit to ensure economic recovery without compromising on the sustainability of our medium-to-long term growth ambitions.