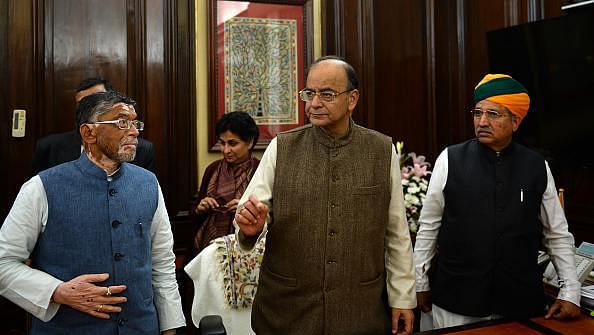 Is the 2018-19 Union Budget a narrative that supports ‘Make in India’ to the core? And is the Narendra Modi government tackling the huge trade deficit with China through strategic hike in customs duties? Yes, if one goes by the memorandum explaining the provisions of the Finance Bill, 2018.

Solvent extractors or oilseed crushers have been demanding a higher import duty to discourage imports. A bulk of Indian vegetable oil imports are in the form of palm oil and its products, mainly from Malaysia and Indonesia. India imported over 15 million tonnes of edible oil, spending precious foreign exchange of over Rs 75,000 crore during November 2016-October 2017. Nearly 70 per cent cent edible oil needs are imported.

Duty on imported mobile phones, its batteries, spare parts will all now be higher at 15 per cent. But will this duty hike be enough to stop the Chinese juggernaut? Electronics, toys, mobile phones, their accessories, lamps, wrist watches, video games, fishing rods, candles, kites and sunglasses from China are being lapped up by Indian consumers in a big way. A 5 per cent duty has been slapped on preform of silica used for optic fibres. The duty hike in these products ranging from five percentage points to 15 percentage points, hopefully, will narrow the trade deficits.

The Budget proposes to abolish education cess of 3 per cent aggregate duties and instead replace it with social welfare cess of 10 per cent aggregate of all customs duties. A similar duty of three per cent has been imposed on gold, petrol and high-speed diesel.

On petroleum products, the government has decided to replace the Rs 6 per litre infrastructure cess with Rs 8 per litre road and infrastructure cess. However, additional customs duty on these products have been cut by Rs 2 a litre. These amendments should, basically, not help consumers, who had been expecting some relief in the wake of galloping fuel prices.