Centre's Fuel Tax Cut Eases Retail Inflation To 7.04 Per Cent In May 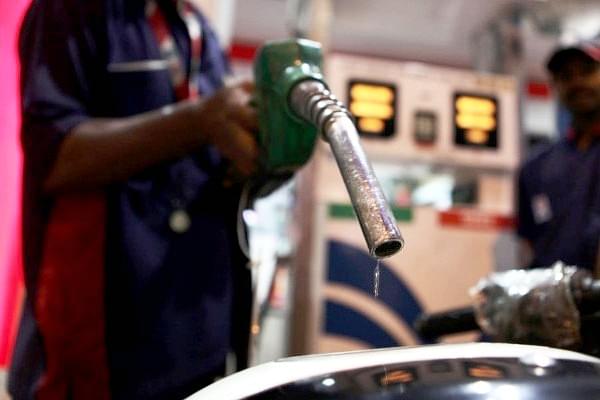 New Delhi, Jun 13 (PTI) Retail inflation eased to 7.04 per cent in May, mainly on account of softening food and fuel prices as the government as well as the RBI stepped in to control spiralling price rise by way of duty cuts and repo rate hike.

However, the inflation print stayed above the Reserve Bank's upper tolerance level of 6 per cent for the fifth month in a row.

Inflation in the food basket in May 2022 was at 7.97 per cent, down from 8.31 per cent in the previous month, as per data released by the National Statistical Office (NSO) on Monday.

The food basket has weightage of 39.06 per cent in the overall Consumer Price Index.

As per the data, the inflation print in 'cereals and products' segment eased to 5.33 per cent in May as against 5.96 per cent in the preceding month, while that for 'oil and fats' softened to 13.26 per cent from 17.28 per cent.

Among others, the prices of eggs and 'pulses and products' showed deceleration, with negative inflation prints of (-)4.64 per cent and (-)0.42 per cent, respectively.

In the 'fuel and light' category, inflation during the month softened a tad at 9.54 per cent from 10.80 per cent in April.

The Reserve Bank, which factors in the CPI in its monetary policy, had earlier this month raised the inflation forecast for the current financial year to 6.7 per cent from its previous estimate of 5.7 per cent.

The government has tasked the RBI to ensure inflation remains at 4 per cent with margin of 2 per cent on either side.

In an off-cycle meeting on May 4, the Reserve Bank had hiked the key repo rate -- at which it lends short term money to banks -- by 0.40 per cent.

Later, the government intervened by cutting excise duties on diesel and petrol. Diesel is the main transport fuel in India which directly impacts the transportation cost of almost all commodities across the country.

The government also eased import duties on edible oils such as soyabean and sunflower in May to ease the burden on consumers due to costlier food items.