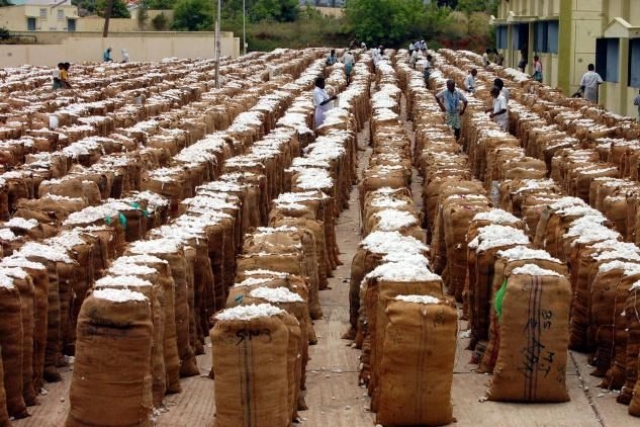 A decision by the Cotton Association of India (CAI) to prune the production estimate for the current season (October 2019-September 2020) by nearly 25 lakh bales (of 170 kg each) has led to some traders sparring, questioning the lower estimate.

Releasing its April estimate last month, CAI reduced the cotton production to 330 lakh bales from 354.50 lakh bales estimated earlier. This is against 312 lakh bales during 2018-19 season.

A cotton trader, who did not wish to be identified, said CAI’s initial estimate of the cotton production was itself lower than the 370 lakh bales estimated by some traders.

“On top of it, the association has now reduced this to 330 lakh bales without assigning any reason. This does not reflect the correct ground situation and we are at loss to know why there is such a correction,” the trader said.

The general assumption of production estimate is that it is actually the production of cotton crop.

When contacted, CAI president Atul S Ganatra said that with the textile industry coming to a near standstill during the nationwide lockdown to tackle the spread of novel coronavirus pandemic, over 25 lakh bales had got held up with the farmers.

“Now, since the Centre has announced the higher minimum support price of Rs 5,515 per quintal against 5,255 last year, growers will not bring the held over crop to the market this year. By bringing it after October, they stand to gain. That’s why we have taken out that amount from the production figures,” the CAI president explained.

Ganatra said the cotton that had been left out of the calculation would be reflected in next year’s production as growers would be bringing them for sale.

The CAI president said production could be lower than estimated also because some farmers pulled out their crop in February without completing the third picking. Usually, growers pick cotton bolls thrice during the crop period.

Another explanation given was ginning factories, which process raw cotton into lint, were shut due to the nationwide lockdown from 23 March to 30 April. After that, they operated at 20 per cent of their capacities.

Thus, a huge quantity of raw cotton will be left with farmers, who would carry it over to the next season.

One of the problems faced by the industry as well as the traders in getting a clear picture of the crop is that the Cotton Advisory Board (CAB), comprising representatives from the government, industry, trade and growers and convened by the textiles commissioner’s office, has not met after November last year.

The CAB meeting, which takes place around the month of March, has not taken place mainly due to the coronavirus situation. In the November meeting, the CAB had pegged Indian cotton production at 360 lakh bales.

In March this year, the United States Department of Agriculture (USDA) had pegged its revised estimate of the Indian cotton crop for the current season at 375 lakh bales.

The trader, who had found the reduction in the cotton production, said if CAI had taken into consideration only the cotton that was brought to ginning mills for pressing, then it should have made it clear.

In the coming season, besides the additional cotton carried over by the farmers, lower consumption this year will also see the opening stocks at record levels.

With CAB unable to meet and make a revision, traders providing different estimate and the USDA giving a different figure, the industry has been left a little confused on the production figure.