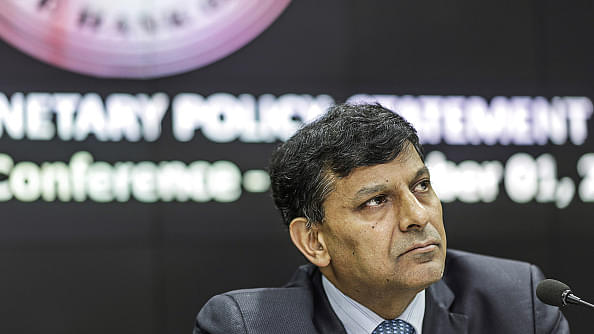 The inflation numbers released yesterday (14 March) can be seen as both positive and negative, depending on your perspective.

From the point of view of inflation management, it should be seen as a triumph for monetary policy and fiscal and supply management. While the Consumer Prices Index (CPI) was down to 5.18 percent in February (from 5.69 percent in January), the Wholesale Prices Index (WPI) stayed negative for the 16th straight month in a row by clocking -0.91 percent. There is clearly no inflation monster on the loose.

But if one looks at it from a growth perspective, the WPI’s reluctance to emerge from its negative zone shows the deflationary pull dragging India Inc down. Pricing power is low, and corporate profitability will thus remain under the weather, impacting business’ ability to invest for growth. Without a revival in the investment cycle, India can kiss goodbye to any smart rise in growth rates.

There are several readings one can make from trends in the two price indices.

First, and most obvious, is the CPI’s benign number, and its implications for interest rates. The CPI is well below the Reserve Bank’s promised 6 percent target for January 2016. The Consumer Food Price Index is even more encouraging, down to 5.3 percent in February from 6.85 percent in January. This is remarkable since this comes after two years of weak monsoons. The behaviour of CPI and CFPI, combined with Arun Jaitley’s decision to stick to the fiscal consolidation path, means that Reserve Bank Governor Raghuram Rajan has no excuse whatsoever to keep Indian interest rates high. In a world moving towards negative interest rates in some parts (Europe and Japan), and towards economic slowdown if not recession in some parts (US and China), India cannot be the lone holdout on the pricey money. The next monetary policy in April is sure to cut rates. A 0.5 percent cut is warranted.

Second, India needs a producer price index very badly. In its absence, our statisticians use the WPI in combination with the CPI to deflate GDP figures to adjust for inflation. In 2015-17, this made the gap between real GDP and nominal GDP one of the lowest ever – under two percent. In 2016-17, the budget has pencilled in a nominal GDP growth of 11 percent, and if WPI stays negative and CPI keeps trending down, we are going to have another year in which nominal GDP growth may not rise too much. While this is fine, and indicates a triumph of anti-inflationary strategy, among other things, it also means that the fiscal deficit will bulge higher as the denominator of nominal GDP will be smaller than anticipated. The chances are that WPI is dated, with a base in 2004. And, in any case, what we need for a more effective measurement of the real GDP is a mix of consumer and producer prices. We need a producer price index as of yesterday.

Three, warts and all, the fact that the WPI and CPI are now moving more in tandem is welcome. Around mid-year last year, the gap between CPI and WPI was a huge 7.8 percent; it is now down to just over 6 percent. and the narrowing gap between the two is good news. CPI and WPI food inflation are now more in sync, at 5.3 percent and 3.35 percent respectively. Given that one can expect a reasonable pickup in food production this year after two years of bad monsoon, we can consider food inflation as a less likely threat in 2016-17.

Four, there is a downside to the drop in food inflation, if one sees this as reflective of earning power in the rural sector. The rural distress, accentuated by low rural wage growth, is a ticking timebomb for Narendra Modi since this will make it more difficult for the party to gain rural votes. Even though agriculture and rural development are largely state subjects, it is the centre which is held responsible for what happens there, thanks to the existence of large food procurement budgets, large central subsidies in food and fertiliser, and large makework schemes such as MNREGA for the rural sector. Modi needs two good monsoons in 2016 and 2017 for political gains.

Five, with India’s high nominal rates, and positive real rates, it is logical to assume greater inflows of foreign capital henceforth, even after factoring in a 0.5 percent rate cut in the first half of 2016. Indian debt and equity are attractive for foreign investors, and if the inflows do materialise, India’s exchange rate will remain high vis-à-vis the US dollar. This means export growth will not happen in 2016-17, and overall growth will depend on government stimulus and domestic consumption demand driven by the large OROP and Seventh Pay Commission payments.

2016 offers an interesting situation where what looks good on the outside also carries a negative on the inside.