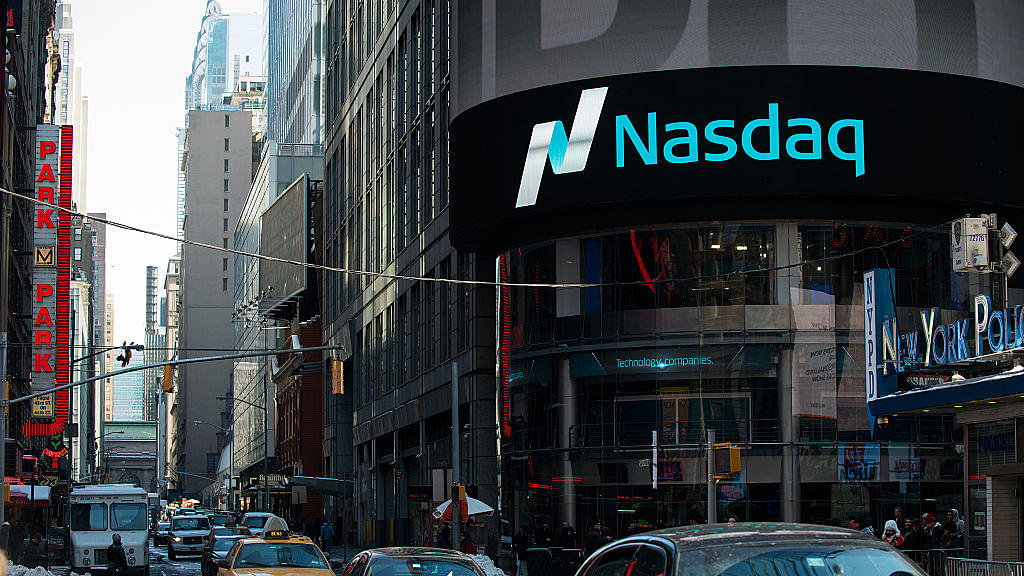 The crash on Nasdaq last week, and the fall from grace of India’s own tech companies (TCS, Infosys, Wipro) in recent quarters, brings home one simple reality: no stock, no business, is ultimately exempt from the laws of economics. And what goes up need not permanently stay up. There is a down coming some time.

While the decline in the fortunes of Indian IT companies is some quarters old, the crash in Nasdaq’s biggies – which go by the acronym of FAAMG, short for Facebook, Apple, Amazon, Microsoft, and Google – shows that investors are spooked by the high valuations of tech in a world where growth is so hard to come by for almost any other industry.

Aswath Damodaran, Finance Professor at NYU’s Stern School and valuation guru, calls India’s tech giants “fading stars”, but the attention now is on the rich valuations of the world’s Big Five, which between them, account for a market valuation of over $2.7 trillion. The Big Five should actually be the Big Six, if one adds China’s Alibaba to the group, which is in the same valuation league. The Big Five account for over a quarter of the valuations of all the stocks listed on Nasdaq, and 13 per cent of the S&P 500 index.

Goldman Sachs chief investment analyst Robert Boroujerdi, whose bearishness on the hypervaluations of FAAMG stocks was one reason for the weakness in tech stocks, believes that there may be a tech bubble developing today as there was during the dotcom boom of the late nineties. He is quoted by CNN Money as saying that today’s FAAMG stocks are actually cheaper than the Big Five tech stocks of 2000 (Cisco, Oracle, Intel, Lucent and Microsoft), but they are also less profitable. Then there is the concentration of value in just a handful of tech stocks.

The mitigating factor this time is comfort factor in cash. Tech’s Big Five today have loads of free cash, with Apple alone sitting on more than $256 billion – a figure bigger than GE’s market cap of $254 billion.

But cash is a double-edged sword. It may give comfort in terms of ever-present value, but it also points to the lack of investment opportunities for the surplus capital sloshing around the world economy. American companies hold more than $2.5 trillion of their profits abroad. That’s bigger than India’s current gross domestic product (GDP).

If cash remains cash, it means future growth will slow as investment is not happening.

There are many points one needs to ponder over when tech companies fetch such huge stock market valuations, and many are also sitting on piles of cash.

First, when tech companies generate so much surplus, and much of it will get invested in even more cutting-edge technology, the chances are you will get more automation, less jobs in the foreseeable future.

Second, this generation of excess wealth from technology and automation will create more social tensions, since the vast majority of workers in the world will not benefit from this accumulation of wealth in fewer and fewer hands. The biggest challenge of tech-based capitalism today is how to recycle the paper wealth accumulating in a few hands into investment that creates jobs. There is little thinking on this in almost any country, rich or poor, though the accumulation of wealth itself has been criticised by the Left. The issue is not the wealth per se, but the best way to recycle it for the greater good. Tech reinvested in tech will create more social tensions, not less. Tech surpluses need to be invested outside tech to be of use. When capitalism faced its first major crisis in the Great Depression of 1929, it invented the welfare state and Keynesian ideas to recycle wealth. What will it do this time?

Third, the maldistribution of paper wealth between tech companies and even manufacturing and services companies suggests that the market is privileging the creation or money from money rather than money from job-creating investment. Today more money can be made by speculating about money than by real investment. A hedge fund will make billions by speculating on which way the US Fed will turn, using the wealth of billionaires; a private equity or venture capital fund will speculate on which technology will make the most money rather than by figuring out which investment is optimum for society. Financial entrepreneurship is trumping real entrepreneurship, with difficult-to-predict consequences for social balance and welfare. There is surely something wrong in equating wealth created by churning money and wealth created in more useful ways.

In a sense tech and automation are digging their own graves. If wealth gets concentrated in tech and tech billionaires, how many will have the incomes needed to pay for tech products which get even more sophisticated with every passing decade? Marx saw this problem of excess capital chasing higher returns resulting in greater inequality and social tensions. It is upto today’s tech capitalists to show the way forward to the next welfare state, or a way of recycling wealth without resorting to excess taxation.