DBT In Food: Quality of Grain, Quantity Of Cash Is The Key — Part II 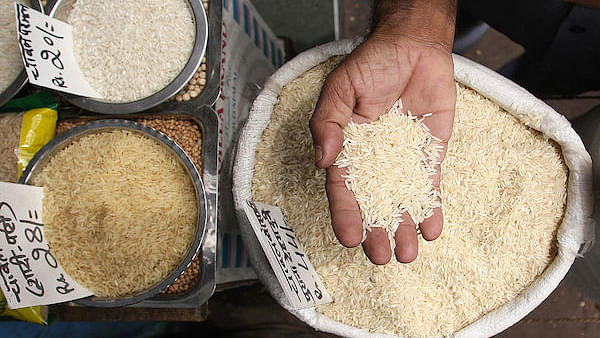 Despite a total of 18,000 failed bank transactions and the money not being seen as sufficient, there is no virulent backlash against the cash transfer pilot in Puducherry, as this writer encountered in Chandigarh. There are sound reasons for this.

Firstly, after all, while not getting cash or subsidised rice is a hardship for each of the 18,000 card holders, this is just 10 percent of the total transactions. No official figures are available in the case of Chandigarh but the failure rate is reported to be much higher, apart from the fact that a large number of people have not been brought into the NFSA-cash transfer net.

Secondly, and more importantly, the people have not been left entirely to the mercy of open market prices. Each card holder still gets 10 kg of free rice under the Union Territory government scheme. Would the attitude to cash transfers have been more benign if this was not available is open to question.

Because there is no denying that the the money is not enough. The market price of the poorest quality broken rice is around Rs 30 a kg while the subsidy amount is set at Rs 24 a kg. Unbroken rice costs anywhere between Rs 35 and Rs 45 a kg.

Kantimati, who lives in the Samipillai Thottam area which is just short of a slum cluster, manages with her widow pension of Rs 1500 and the 10 kg free rice. Deepa, the wife of an electrician who also lives in this area, says she can buy only seven kg rice from the market with the money she gets; earlier she would buy 10 kg from the open market. Rice used to cost around Rs 20-25 a kg; it is now Rs 35-45 a kg, she complains.

But why was she buying rice at Rs 25 a kg from the market when she was getting 20 kg of rice at Rs 7.45 a kg? This throws up an interesting dynamic in the case of Puducherry. Across the four low-income localities this writer visited, people said they used to spend extra to buy rice from the open market to mix with the rice they bought from the ration shops.

The FCI rice cannot be eaten just like that; it has to be mixed with better quality rice even to make idli-dosai batter which is what we used it for, was what each and every person said— even Indira Gandhi who lives in a thatched roof hut in the rural area of Abhishekapakkam.

So, before September 2015, people were spending between Rs 300 and Rs 700 a month on better quality rice in addition to the rice from the ration shop. It wasn’t easy on the household budget but they managed by eating idli-dosai twice a day and rice only once. With the cash transfer, they don’t have to spend money on buying ration rice, but the requirement of store-bought rice has increased because there is no ration rice to mix it with.

Thirdly, in Chandigarh, ration shop owners who found their business gone overnight were at the forefront of fuelling opposition to cash transfers. In Puducherry, they haven’t been put out of business— they still get 90 paise a kg as commission for distributing the free rice. However, they lose the commission (also 90 paise per kg) they earned on the larger quantities of FCI rice. According to Priytarshny, close to 6000 metric tonnes used to be handled every month.

The Puducherry Fair Price Shop Employees Cooperative Society (PFPSECS), which runs 85 percent of ration shops in the Union Territory, has lost close to Rs 30 lakh of monthly revenue. Its 600-odd employees have not been paid for nine months; many of them are not entitled to either NFSA benefits or the free rice scheme of the Union Territory government.

Apart from this loss of commission, there is little ration shops in Puducherry stand to lose with the implementation of cash transfers. The biggest loss is that of opportunities for diversion of subsidised food grain. In Puducherry, the scope for this was anyway limited because, for the past three years, people could buy rations only using a smart card and bio-metric authentication at a point of sale machine (POS). Diversion could only happen if people sold their rations; one woman in Samipillai Thottam said she used to give away most of her quota of FCI rice.

In general, beneficiaries did not appear to be overly unhappy with the PDS, barring those attached with the 30-odd private ration shops. Indira Gandhi, for example, found the private ration shop she is attached to inconveniently located and the dealer difficult to deal with. She, therefore, prefers to get cash because she can then buy rice in small quantities from shops closer to her house. Those attached to the PFPSECS shops or the 40 run by the Pondicherry Agro Products Food and Civil Supplies Corporation (PAPSCO) are less dissatisfied and would not mind going back to the PDS, provided they are not given the FCI rice.

Where the Puducherry programme deviates in design is that not all the bank accounts into which money is being transferred to is in the name of the woman of a household. This is a thumb rule followed in most cash transfer experiments and programmes, since women are supposed to be more responsible spenders. In both Chandigarh and Dadra and Nagar Haveli (the third Union Territory where the pilot is being tried out), all the cash transfer bank accounts are in the name of women.

But when the programme was set to start in Puducherry, only 30 percent of the accounts of beneficiary families were found to be in the name of a woman member. The administration went ahead to avoid delaying the rollout. The result, however, is that many women are not aware if the arisi kaasu has indeed come into the account of the male head of family. The administration is now in the process of addressing this, either by helping women open accounts or converting these accounts into women-held accounts.

What, then, are the lessons from Puducherry’s experience with cash transfers?

One, it is clear that some kind of cash transfer could be better than supplying a uniform poor quality grain across the country, given local dietary preferences. In Chandigarh, people did not complain about the poor quality of FCI rice; in Puducherry people were not consuming it in large quantities (if at all) even before the cash transfer pilot was initiated. A March 2005 performance evaluation of the TPDS by the Planning Commission’s Programme Evaluation Organisation found that a large number of PDS beneficiaries were unhappy with the food grains supplied and wanted local varieties. In Puducherry, people who revolted against cash transfer in the case of single-boiled rice were more accepting of it in the case of FCI rice, which they did not want.

Two, there needs to be some thought about increasing the cash payout. The calculation on the basis of procurement price may make economic sense, but it clearly is not enough to buy rice from the open market. Resistance may be lesser if there was at least near-parity with open market prices.

Three, the problems with the actual transfer of cash needs to be addressed urgently. Every failed transaction is hardship for an individual, even if the percentage may be low. There is little that the local administration can do and the responsibility for this squarely lies with the PFMS, NPCI and the banks.

Four, the programme should not be started without adequate preparation or when systems are not in place. The near-universal identification of beneficiaries in Puducherry has to do with the fact that its beneficiary lists and PDS were computerised for more than two years; this was not the case in Chandigarh. In addition, the state/local administration needs to be pro-active in rectifying problems that crop up.

Fifth, if ration shops have to be put out of business, there needs to be some way of compensating them. It is difficult to implement cash transfers without the cooperation of the ration shop owners whose help will be needed in contacting beneficiaries; antagonising them will prove counter-productive.

The Puducherry administration is now thinking of junking rules disallowing ration shops from stocking groceries. Close to eight crore rupees is being pumped every month into bank accounts of beneficiaries, Priytarshny points out, which is available for extra spending. The administration is encouraging the ration shops to set up card swiping machines and banks to give ATM cards to cash transfer beneficiaries. This way, she explains, the beneficiaries need not spend time visiting the banks to withdraw money and banks too will not have to deal with people lining up for small transactions. It could be a win-win for all concerned.

Cash transfers are not easy to implement; it takes years for things to settle down. So it would be unwise to write off the concept itself within a year or two. What is needed is a clear-headed focus and determination to identify the problems and address them.

The first part of this article can be accessed here.

Modi’s DBT Review 2: Teething Troubles Can And Must Be Addressed Urgently