Despite Getting CPI Wrong Repeatedly, MPC Continues To Tilt At Windmills 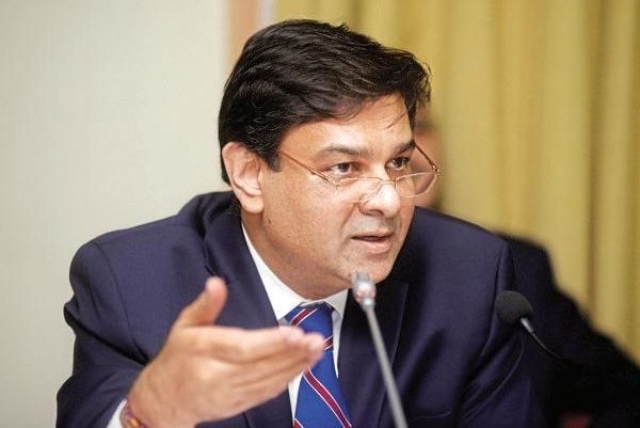 Give someone a hammer, and everything starts looking like a nail. The Monetary Policy Committee (MPC), given the job of keeping inflation around 4 per cent, plus or minus 2 per cent, has made it a point to highlight inflation risks even when it has repeatedly been wrong on its consumer inflation projections for the last two years.

In his latest monetary policy statement (5 December), Reserve Bank of India (RBI) Governor Urjit Patel announced, with a straight face, that the consumer inflation projection for the second half of this year is being lowered to 2.7-3.2 per cent and to 3.8-4.2 per cent in the first half of 2019-20, “with risks tilted to the upside”. (Read the policy statement here)

There were no red faces in the Governor’s press conference despite the fact that this new projection is a sharp reduction from the one made just two months ago, when “CPI inflation was projected at 4 per cent in Q2 2018-19, 3.9-4.5 per cent in H2 and 4.8 per cent in Q1 2019-20, with risks somewhat to the upside.”

The second half of this fiscal has seen a sharp revision downwards by 1.2-1.3 per cent, and the first half of next year has also seen a lowering of the forecast by 0.6-1 per cent, but the RBI has seen no need for contrition, or even a change in the policy stance. The policy stance continues to be one of “calibrated tightening” instead of being shifted back to “neutral”, which was what one MPC member, Ravindra Dholakia, wanted. The RBI’s conservative views obviously prevailed over the evidence.

Despite missing the broad side of the barn in its inflation forecasts, the RBI/MPC continues to list as many as seven factors as threats to future inflation. These threats, to use the MPC’s own words, include the following:

“First, inflation projections incorporate benign food prices based on the realised outcomes of food inflation in recent months. The prices of several food items are at unusually low levels and there is a risk of sudden reversal, especially of volatile perishable items.”

The logic seems to be that if something is too low now, its price must rise some time.

“Secondly, available data suggest that the effect of revision in minimum support prices (MSPs) announced in July on prices has been subdued so far. However, uncertainty continues about the exact impact of MSP on inflation, going forward.”

The fact that market prices are below MSPs has cut no ice with the MPC. It believes in a modified version of Murphy’s law, which states that if nothing has gone wrong till now, it will go wrong later.

“Thirdly, the medium-term outlook for crude oil prices is still uncertain due to global demand conditions, geo-political tensions and decision of Opec which could impinge on supplies.”

Of course, crude can always rebound. But then it can also crash. So why believe that it can only go one way, and not the other?

When have financial markets not been volatile since 2008?

“Fifthly, though households’ near-term inflation expectations have moderated in the latest round of the Reserve Bank’s survey, one-year ahead expectations remain elevated and unchanged.”

The logic: let’s forget the short-term good news, and focus on the long-term fears of households, who anyway have no way of figuring out why prices should rise or fall at any time.

“Sixthly, fiscal slippages, if any, at the centre/state levels, will influence the inflation outlook, heighten market volatility and crowd out private investment.”

Of course, when the government has been shouting from the rooftops that the fiscal deficit target will be met, that is no reason to believe it will actually do so.

Ho-hum. When the impact of the central HRA changes made no impact, one should start worrying about staggered impact of HRA revisions in states, which anyway will be highly localised.

Clearly, the RBI’s seven listed inflation risks do not amount to anything more than boilerplate statements – something like what they put out on IPO prospectuses or financial statements of companies. These risks exist at all times. It’s like saying today everything seems fine, but the sky may fall on our heads tomorrow. So, sorry, we can’t do what is right – cut interest rates or reduce cash reserve ratio – today.

Cassandras have one advantage over optimists. They may be wrong for a long period of time, but ultimately something somewhere will indeed go wrong. This is the MPC argument for fighting the imaginary inflation dragon today. Never mind what the data shows.

The only reason why the MPC has remained cussed may be this simple one: it needs to keep flagging inflation risks in order to hide its embarrassment over getting its sums wrong since 2016. By repeatedly highlighting risks, it knows that someday, when something will eventually go wrong, it can be vindicated in its obstinacy.