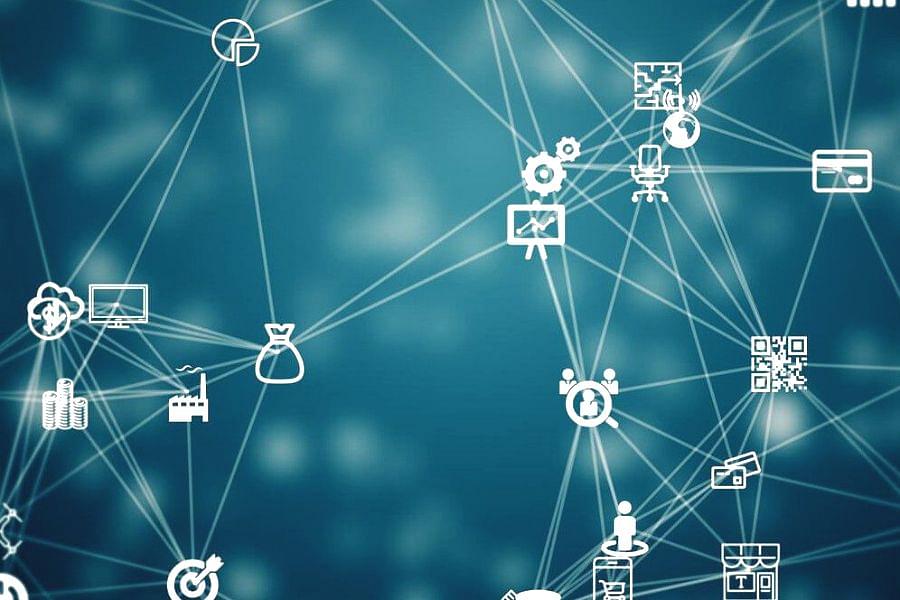 The context is our Union budget this year, and a lot of deliberations thereafter. In the hundred and eleventh paragraph of this year's budget speech, digital rupee is mentioned. The understanding is clear. It will be based on the blockchain technology as it is implemented in several other crypto-currencies like bitcoin.

However, there will be governmental control. First of all, we think this is a logical and positive move in terms of available technological developments related to secure communication. While the main discussion on the Internet-based ideas always tend to get into deeper scientific technicalities, we here like to dig more into the socio-political issues.

Science changes the world as it is evident from history, but its implications to mankind as a whole should also be placed in a related thread.

One immediate question that will be asked is what are the differences between our normal currency used in the digital domain and the new digital or crypto-currency? The existing currency is generally controlled by the governments or the designated banks, such as the Reserve Bank of India.

The currency was already in place, but with new technologies, along with the physical coins or paper notes, transfer of money is possible through digital technologies. This is equivalent to replacing normal stamped envelopes with electronic mails. The existing currency remains, but the modes of transactions are modified in certain places using electronic technologies. Here cryptology is involved in providing relevant security in transactions.

However, this is not crypto-currency. Use of cryptologic techniques over existing currency, such as Internet banking or credit/debit card transactions over the Internet is generally not referred to as crypto-currency.

The Wiki says, "A cryptocurrency, crypto-currency, or crypto is a digital currency designed to work as a medium of exchange through a computer network that is not reliant on any central authority, such as a government or bank, to uphold or maintain it." With this we like to add that generally there should not be any physical currency behind this.

The generation of currency is also quite complicated, as in the case of bitcoin, it is related to computational power based on solving certain algorithmic puzzles that are connected to the cryptologic primitive "Hash Function". It is also understood that the most important database containing information on all the transactions, ie, the ledger will be stored and updated in a distributed environment through a democratic process.

This can never be tampered by any authority. The main aspect here is, a small power group should not be able to control this inherently democratic system. Unfortunately, such a nice blockchain technology is most popular and associated with bitcoin, which is presently being exploited for wrong reasons.

In a country like India, more than seven in 10 are in a lower income group. They swing the election and thus, either motivationally, or professionally, every political party as policy maker (when they rule) shows the intentions to distribute wealth among a larger spread of citizens. This is related to socialism in some broad sense, but the idea of socialism has changed significantly in the last 50 years. The communistic paradigm might be still relevant in a theoretically principled world.

On the contrary, we all know how the so-called communist leaders used to act autocratically in their respective countries. China is doing well in different parameters, but the concept of democracy is undermined repeatedly. On the other hand, we, the Indians, enjoy democracy to a reasonable extent, even with the present down-trend in certain indices.

One should also note that the increasing inequality hinders the democratic values for a large proportion of our citizens. Here, the concept of decentralised finance (DeFi) might provide logical direction towards attaining better indices in implementable socialism as well as political democracy in parallel.

In this context, let us briefly outline DeFi given that we talked about crypto-currencies a little while ago. DeFi is based on the blockchain technology and initially fuelled by cryptocurrencies. It creates a parallel financial system that can compete with centralised financial institutions through advanced processes, greater transparency and robust security.

It can offer an immediate opportunity to approximately 1.4 billion people (who are unbanked or underbanked in our country) to be included in a formal financial system which is otherwise not available to them. Using DeFi, people who normally are forced to use informal intermediaries for financial transactions, would be able to avoid hefty and unreasonable fees — this would lead to less exploitation of the underprivileged class.

That is, blockchain has the potential to become the "gold standard for supply chain". On one hand, it would eliminate the middlemen, on the other, it would enable superior control, tracking and standardisation for transfer of goods and services end-to-end. Any person with a smartphone and an Internet connection would be able to take advantage of the supply chains, reach out to potential customer-base to deliver products and services and improve profit margins while keeping the prices competitive. Thus, the blockchain technology may appear as a great leveller when it comes to giving market opportunities to small-scale or cooperative enterprises.

Not only technological jargons, the figures tell that the wealth is available as well. In November 2021, Bloomberg reported that the market capitalisation of cryptocurrencies crossed $3 trillion. Apparently the value of the crypto universe quadrupled in 2021. A deeper understanding will reveal that the source of this wealth is not transparent.

Like the share market, sometimes, the root of this wealth might not be related to tangible production. Thus, with a new proposal of digital currency controlled by the central government, there is a possibility of resource generation almost from nowhere. Once such wealth is generated, the intention of the government to deliver it among the lower income group could be a direction of social development. According to a German study, it would take approximately $330 billion to mitigate world hunger by 2030.

When we compare this with the market capitalisation of cryptocurrencies, it becomes apparent that this new paradigm is going to be a force that must be reckoned with. With clever tapping of resources, this has the potential to reduce extreme wealth polarisation and inequality around the world.

As we have already mentioned, it is now well understood that the modern concepts of socialism and democracy cannot be based on communistic dictatorship. On the other hand, there is a trend in undermining the democratic process by the democratically-elected governments themselves, which is presently termed as "electoral autocracy" or "demo-to-cracy".

In such a situation, the elected governments should be more cautious in terms of upholding democracy and DeFi, also termed as “open finance”, could be an important component in that social direction. The very basic idea of distributed ledger in securely and publicly maintaining all the transactions provides the basis of a democratic infrastructure. This has the potential to open up an ecosystem of financial products like loans, insurances, exchanges, lending platforms, marketplaces to those who are otherwise deprived of such formal platforms.

In this direction, the present government shows intention to expedite the process by designing peer-to-peer payment infrastructure based on central bank digital currency (CBDC). This is highlighted in this year's budget. As it is understood now, there will be government control, unlike bitcoin. The security infrastructure, where it will not be possible to manipulate the transactions in the ledger, can be guaranteed by the underlying blockchain technology. Thus fraudulent transactions should be mitigated with increased confidence.

Finally, one must note that the application of blockchain is not only related to digital currency. It can be exploited in handling large amounts of distributed data in any application. For example, at this point of time, more than one billion people worldwide have no nationally-issued identity document.

Blockchain-based technology with minimal biometric information (available through simple biometric apps) can bridge this kind of gap as well. In summary, the intention of our central government, in the Nelson paragraph, provides a direction towards our national development. The concepts are good modulo the actual implementation and right intention. We need to examine around the next budget whether this idea stays only in the budget speech or can be implemented on the ground.

Pranab Chakraborty is a senior manager working in the L&D Team of Wipro Limited. His research and interest areas lie in the fields of cryptology and leadership development. Subhamoy Maitra is a senior professor from Applied Statistical Unit, Indian Statistical Institute. He has authored several books and 200+ research papers in cryptology and quantum information.
Get Swarajya in your inbox everyday. Subscribe here.
Tags: