Digital India Can Create A More Intelligent Economy. . . If Only It Is Allowed To 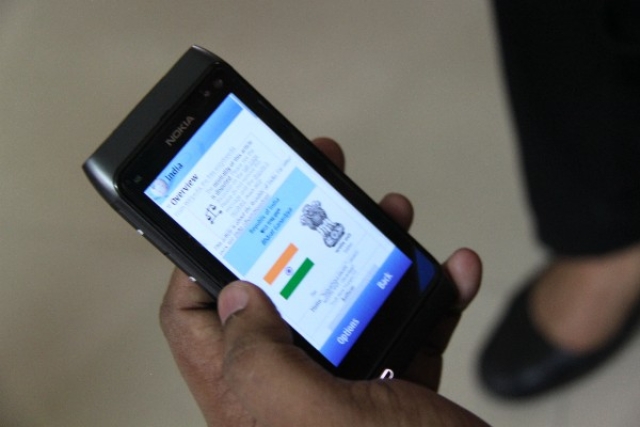 “Probability is not a mere computation of odds on the dice or more complicated variants; it is the acceptance of the lack of certainty in our knowledge and the development of methods for dealing with our ignorance.” – Nicholas Nassim Taleb, Fooled by Randomness: The Hidden Role of Chance in Life and in the Markets.

The whole significance of this quote is profound. On close observation, one can glean three aspects: one, that life is uncertain; two, that circumstances are best described by probability; and three, that the realisation of the former aphorisms best equips us with tools to deal with the “odds that we have been dealt with”, so to speak. Indeed, one can argue that the greatest fortunes in modern history have been made addressing uncertainty, whether it be the invention of the light bulb to rid us of darkness or Calculus as a model to understand change. But, with declining numeracy of the general populace and the consumption of “mindless information”, starkly exacerbated further by the intentional or misguided peccancy of journalists and those engaged in the reporting of news and events, the virtues of addressing uncertainty and working with systems that are inherently imperfect have been entirely forgotten. And as a result, we are forced to answer in binaries to questions that concern us greatly, today.

Nothing highlights this better than recent discussion about the government’s push for Digital India that seeks to “transform India into a digitally empowered society and knowledge economy”. The programme focuses on three key areas:

By 2020, number of internet users in India is expected to grow to 770 million, with over 75 per cent new users from rural India (source – NASSCOM/Akamai) and mobile users expected to grow to 990 million (source – CISCO). Viewed in this context, Digital India has a real chance of translating its lofty goals to tangible results. Pivotal to the Digital India effort has been Prime Minister Narendra Modi’s thrust on Jan Dhan, Aadhaar and Mobile (JAM). The Jan Dhan Yojana was launched in August, this year, to facilitate savings and institutional credit among the unbanked masses; it has since resulted in over 25 crore accounts and over Rs 74,000 crore in deposits, till date. The Aadhaar (Targeted Delivery of Financial and other Subsidies, benefits and services) Act was passed as a money bill in parliament earlier in March to provide legislative support to the Aadhaar project. The JAM trinity is poised to improve last mile service delivery, which has long been a problem in India. For instance, the government has commenced direct transfer of LPG subsidy into the bank accounts of households seeking it. A far cry from the days of leakages, bribes and corruption that had mired any benefit transferred from the Centre. Indeed, who can forget former prime minister Rajiv Gandhi’s rather candid quote in 1985: “Of every rupee spent by the government, only 17 paise reached the intended beneficiary”. (A very conservative estimate by some accounts.)

But, as is likely with any far-reaching government measure, Digital India has received its share of criticism, heightened further post the recent demonetisation drive during which the Prime Minister has encouraged people to adopt cashless transactions. Ironically, the harshest criticism has come from the section of the populace that has prided itself on technology adoption and has been the primary target demographic for India’s fabled startup innovation. The arguments against revolve around two primary points: one, that privacy of users will be compromised with potential for mass government surveillance and two, that security of digital systems is suspect and prone to hacking. Although, both arguments are not without merit, they must be used to improve systems and processes rather than, as it is being positioned now as an argument against digital, itself. The latter is out of bounds, anyway, as the world has been fundamentally disrupted by technology.

Much of this disruption has been enabled by data. Modern computing methods, such as Big Data and Analytics (ably enabled by cloud), digest vast amounts of information about users to produce actionable insights that translate to improved quality of services by many orders of magnitude. From ordering food and booking cabs to payment transfers and smart wearables, our way of life has been completely revolutionised. If one were to plot usefulness against importance of data shared, it would look somewhat like this:

Intelligent systems are evolving tremendously. Machine learning algorithms progressively learn from data. Trained with one or many data sets, they will be able to predict a desired outcome from a new, unknown set of data. The possibilities are immense, both, for individuals and communities at large. Especially, here in India, which in the words of Nandan Nilekani, former chairman of the UIDAI (Unique Identification Authority of India) and technology industry veteran “will go from a data poor to data rich nation in the next five years.” Further, he also invoked Clarke's third law (any sufficiently advanced technology is indistinguishable from magic) to describe the project.

We have now passed the point where opportunity cost of keeping one’s data confidential is significantly higher than benefit of retaining privacy, now.

Of course, there is potential for misuse. But, since intelligent systems are designed to continuously optimise for benefit, the effort and expertise required to, say, reroute cars into leaping off bridges or of making surreptitious deposits to Nigerian Princes will steadily increase. And so, too, if one’s fingerprints were artificially planted on a crime scene, they now have to corroborate with more data points than ever before.

A mass government surveillance project of the type carried out by the America’s NSA, which as revealed by whistleblower Edward Snowden, was sweeping Americans’ phone records, had direct access to servers of US tech giants like Google, Facebook, Microsoft and Apple, among others, and also could search "nearly everything a user does on the internet" through data it intercepts across the world, is nearly improbable to replicate here in India. It is important to note that the NSA has over six decades of legacy as an organisation. Its origins go back to the First World War where under dire circumstances the executive branch acted without direct Congressional authorisation. Although, now supposedly subject to Congressional oversight, the organisation’s legal accountability is suspect.

The judiciary in India, on the other hand, is robust and has been exceedingly enterprising in recent times, much to the chagrin of the political class. In fact in September 2013, the Supreme Court of India issued an interim order that "no person should suffer for not getting Aadhaar" as the government cannot deny a service to a resident if s/he does not possess Aadhaar, as it is voluntary and not mandatory. In another interim order in August 2015, the Supreme Court of India ruled that "UIDAI/Aadhaar will not be used for any other purposes except PDS, kerosene and LPG distribution system" and made it clear that even for availing these facilities Aadhaar card will not be mandatory. The same have been further reinforced in the courts this year, while extending it to more public welfare schemes, such as the Mahatma Gandhi National Rural Employment Guarantee Scheme, National Social Assistance Programme (Old Age Pensions, Widow Pensions, Disability Pensions), Prime Minister’s Jan Dhan Yojana, and Employees’ Provident Fund Organisation. With the necessary sense of proportion it is not difficult to surmise how implementing NSA-type state overreach would meet multiple roadblocks in India.

The present government has up until now prioritised communicating the benefits of Aadhaar over addressing possible security concerns. Perhaps, rightly so. And the same is reflected in the enrollment numbers; as of 26th November 2016, 1.08 billion people in India have been tagged with an Aadhaar number. The benefits have already started to accrue for the section of the demographic that requires it the most. But, the government would be better served in adopting a more collaborative approach with those others who are sceptical to collectively improve security systems and processes. It could accomplish this through peer-reviews, public AMA (ask me anything) sessions, and opening up the developer ecosystem to a wider base. Indeed, it’s a fundamental right that one can assume from the government, where it cannot be afforded from the likes of Google, Facebook or Apple.