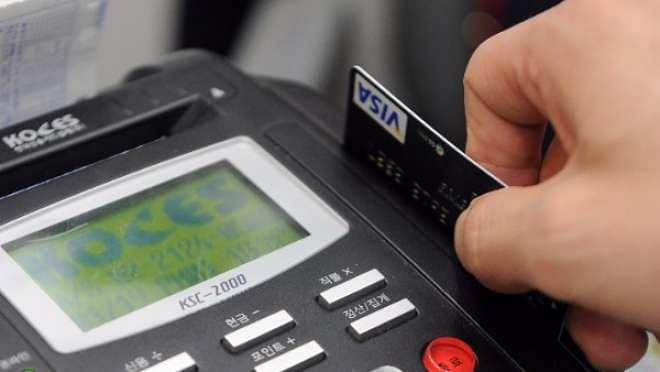 The single, most perceptible change brought in by demonetisation has been the sharp increase in digital payments. In fact, ever since then, the entire money landscape in the country has gone into what could be called a `dynamic equilibrium’. On the one hand, the people of the country were forced to acquire the new habit of digital banking, and they’re still getting used to the many new ways of spending, paying and living. On the other hand, policymakers and the banking system are continuously making efforts to ensure that the this stimulus to digitisation that came from demonetisation does not die down because of re-monetisation, and that India marches ahead like other developed countries in the use of digital money.

Policymakers have figured that a combination of measures was required to ensure sustained use of digital payment modes, and these have been progressively rolled out: this includes expansion of the digital payment infrastructure, discounted prices, awards and other incentives for customers, and reduced charges and fees for merchants. A bank manager of a nationalised bank even informed us in hushed tones that the release of money was also being calibrated: “They are releasing such little money that we don’t have enough to put into the ATMs; then we have no option but to pull down the shutters or put a board saying ‘no cash’. This is to leave people with little choice but to switch over to digital payments.”

And the combination-of-measures strategy seems to be working. Data relating to cards usage on the RBI website shows that both credit card as well as debit card usage has increased considerably – in terms of the number of outstanding cards as well as the number and amount of transactions. We ignored the ATM withdrawals data by cards and instead, focused on point of sale (POS) transactions. (As an aside, ATM data was also a revelation: for credit cards, the number as well as the total amount of transactions had both increased progressively month-on-month from 17 January to 18 January. And debit card withdrawals had also increased overall, though there were fluctuations. Thus, net-net, more cash was being withdrawn).

In this period, the number of transactions and the total amount spent also sustained an increase, as shown in the graph below. Though we give figures starting November 2016, all figures should be considered from January onwards, after people had recovered and adjusted; the dip in February could be explained by the pre-tax month; the slight dip in June-July by the apprehensions around double-charging post-goods and services tax (GST), and the surge in October by the festival season.

The amount spent per card (line graph below) also shows a gentle upward slope, over the months ending January 2018. An indicator that the economy and its people have been positive and upbeat, never mind the demonetisation and never mind the GST.

For debit cards, the general trend of number of transactions and the total amount again shows a rise. The amount spent per card showed a sharp fall immediately after re-monetisation occurred and cash came back into the system; but after that there has been a levelling off, with a very slightly-upward slope recently, as the line graph below shows. The plateauing could be attributable to not just currency creeping back in but also other electronic and mobile payment options.

Over the last five years – 2013 to 2018 – the number of credit cards has nearly doubled, from 19,023,791 to 36,238,240. This could be attributed to the aggressive sales strategy of credit card companies, and rising consumerism among people. Credit card usage can be an indicator of optimism among individuals as far as the economy goes, and confidence regarding jobs and repayment ability at the higher interest rates. Companies are sure about people’s credit-ability, and people are sure about their current and future earnings. The graph below shows the bars rise steadily after 2015. Between 2013 and 2018, the amount of credit card transactions more than tripled, from Rs 113,920 million to Rs 414,372 million.

Contrast this with what happened in the US after the recession of 2008: credit card spending had drastically lost out to debit cards spending in the pessimistic environment.

For debit cards in India in the same period 2013-2018, the numbers increased to more than 2.5 times – from 320,350,288 to 846,697,494. This is attributable partly to the Jan Dhan accounts and Rupay debit cards, which have been on the rise in both urban and rural areas. According to the parent organisation of Rupay – the National Payments Corporation of India, the umbrella organisation for all retail payment systems – more than 250 million cards have been issued and it is growing at the rate of approximately 3 million a month.

With the numbers, are growing the number and value of transactions. The line graph below shows the increase in the number of POS swipes over five years.

This juxtaposed against the fact that cash is also on the rise, as the ATM figures suggest, and that there are many other modes of digital payment – mobile banking, electronic transfers, and now cryptocurrency as well – and all on the rise, it appears that the economy is on a cheerful, spending spree, supported by ample liquidity.

As digitisation catches up and matures over the years, we in India, will also have a break-up of preferred payments – by payment method, age-group and goods and services purchased. Also, trends within rural and urban centres. According to website statista.com, for instance, preferred payment methods of global online shoppers as of March 2017 are as follows: 42 per cent of online shoppers worldwide stated that they preferred to pay via credit card. 39 per cent electronic payment; 28 per cent debit cards 23 per cent cash on delivery; 20 per cent bank transfers; 15 per cent - gift vouchers; 14 per cent mobile payments; crytpocurrency 3 per cent; others – 3 per cent. Currently, this data is not available in India to make a full surmise of payment-behaviour.

The Reserve Bank of India (RBI) has been stressing on moving to a “less-cash” economy. The present government has also shown its proclivity towards the same, for reasons like attacking corruption and black money, transparency and efficiency in welfare-scheme transfers, etc. That can only be gradual, given one, the lack of infrastructure (read number of POS terminals, connectivity and security measures) to support a near-fully digital economy; and two, awareness and inclination among people, both merchants as well as buyers. The sharp hike in use of debit cards immediately after demonetisation did come down to quite an extent as soon as people found their familiar currency notes were back.

With new apps steadily coming in, and instances of state governments insisting on digital payments for taxes and on toll-ways, the digitisation journey is on. Banks are chipping in: SBI has recently announced the launch of a farmers’ credit card on a pilot basis; this also allows a certain percentage of non-agricultural purchases. If the pilot succeeds, this will likely result in credit card usage in rural areas as well.

With encouraging trends over the years – and particularly the last one year – and all stakeholders upbeat and looking ahead, the economy is thriving. All is and has been well, after all.