Disinvestment Of State PSUs: If Not Now, When? 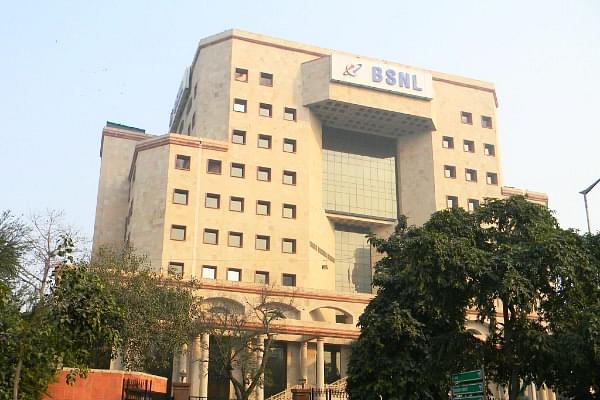 The expectation — and a rational one — is that the current vulnerable revenue position should induce states and the Central government to accelerate the process of disinvestment and privatisation of Public Sector Undertakings.

This is critical as a bunch of our tax revenues are poured into these companies to keep them alive even as they add little economic value.

Shankkar Aiyar is spot on when he highlights how India’s taxpayers own the largest number of failed companies compared to any other country of the world.

There is, thus, no question that we ought to reduce the extent of public sector companies.

There are two benefits for governments from doing the same. First, is that it will be able to create adequate revenues which would be instrumental in raising non-tax revenues in the post Covid-19 world.

It is safe to note that we will witness a sharp increase in government debt at both the Central and the State level. Thus, any attempt to generate greater non-tax revenues will be extremely critical over the next few years.

The Union government can look at companies such as Air India or other PSUs such as public sector banks while states too can look into getting several of its sick undertakings out of their control.

The second advantage is that governments will not have to cover for the losses made by these enterprises, which could free up some of its expenditure for other productive use.

These have become critical due to the severe constraints that several governments are likely to face over the coming few years.

It was interesting to observe that while Central government debt as a per cent of GDP has reduced, the same collectively for states has increased.

Under the present circumstances, the debt-to-GDP ratio of both the Central government and the State governments will increase and it will reduce gradually as economic activity normalises to pre-Covid levels.

This, therefore, warrants for a reorientation of the priorities of our governments, from propping sick public sector undertakings to focussing on issues such as human capital development in the form of improving the quality of education, healthcare services and building physical infrastructure.

The Comptroller and Auditor-General (CAG) indicated that for the state of West Bengal, there were 92 public sector undertakings of which 19 were non-operational.

Further, based on an assessment of investment and losses, it found that 30 functioning PSUs of the state had witnessed a complete erosion of their entire net worth.

This reflects the sad state of our public sector undertakings — and how the problem is far more severe at the state level.

There has been a considerable discussion regarding our Central Public Sector Undertakings while states have often avoided a similar scrutiny due to various reasons.

However, there is no denying that both the Central and the State governments have been unable to run private enterprises.

This comes as no surprise as any PSU will see significant political intervention in their operations and there is little accountability, transparency and at the same time, no incentive for making a profit, which results in sub-optimal capital allocation.

Consequently, it ends up as a blackhole that destroys wealth to the point that governments are forced to get rid of these assets.

It is also important to recognise that a lot of government resources have gone into keeping these PSUs operational in whatever state they are — and that this has come at the opportunity costs of other developmental expenditure.

Consequently, there is a serious need to rethink the role of the state in shaping the post-Covid-19 economy.

Luckily, the government is planning to come out with a clear disinvestment policy which should ideally see privatisation and disinvestment of Central Public Sector Undertakings.

However, this will be subjected to a political campaign of misinformation, as many accuse the government of selling “family silver”.

Fact remains that owning and keeping these PSUs alive is, perhaps, the biggest breach of trust of the faith of an honest Indian taxpayer in the Indian state, which is yet to provide for basic facilities despite having high tax rates (at least for personal income taxes).

Simultaneously, there is a need for the Indian taxpayers to be more vocal about privatisation and for us to scrutinise the states and their wasteful expenditure, especially in keeping some of the SPSUs alive.

Covid-19 has provided us with a once-in-a lifetime opportunity to correct a lot of past mistakes — here’s hoping that we will succeed in seizing this moment.