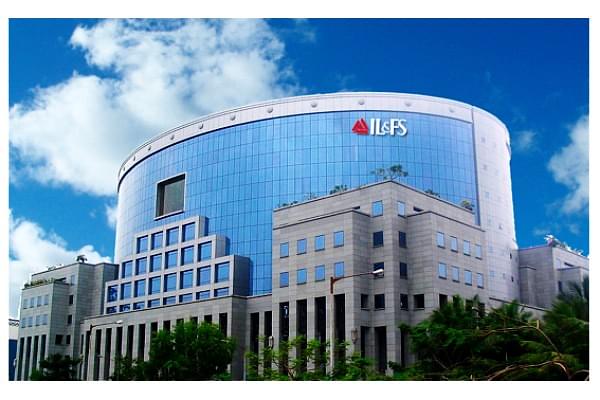 The current liquidity crunch at the once leading institution Infrastructure Leasing & Financial Services (IL&FS) and the subsequent downgrading of its credit rating by leading agencies have sent shock waves in the broader domestic financial system. The above development has come at a time when the global economy has been grappling with the tenth anniversary of the Lehman crisis and its impact on ordinary savers and investors.

And in the case of the unlisted IL&FS, a weak financial situation was looking rather apparent from its balance sheet for the year ended 31 March 2018 with analysts highlighting that over the years an increase in funding requirement for various group ventures coupled with delays in settlement of claims of nearly Rs 9,000 crores has taken its toll.

IL&FS serves as a holding company of the IL&FS group with a large part of its business operations in sectors like urban infrastructure, energy, maritime and ports run from subsidiary/associate companies. And IL&FS reported a consolidated loss after tax of Rs 2,394.7 crore for the financial year ended March 2018 versus a profit after tax of Rs 292.5 crore a year earlier. The deterioration in the financial situation of the company was partly due to a 21.6 per cent year-on-year(y-o-y) rise in borrowing costs to Rs 7922.8 crore for the year ended March 2018 along with an increase in operational costs like sub-contracted construction costs.

Also, the consolidated net decrease in cash and cash equivalents for IL&FS was Rs 498.8 crore for the year ended March 2018 versus a positive increase of Rs 1330.4 crore a year earlier. A company with declining cash balances would find it difficult to fund its day-to-day operations, and that has become visible in the case of IL&FS.

The company’s consolidated long-term borrowings amounted to Rs 65, 293.5 crore at the end of March 2018, a rise of 9.3 per cent y-oy. A rising debt burden for IL&FS has left it in a rather precarious financial situation, and with interest rates also rising in the domestic economy, the viability of its infrastructure projects is adversely impacted. Infrastructure projects are characterised by long gestation periods and are capital-intensive.

Meanwhile, on a standalone basis, IL&FS’ revenue profile has shifted toward fund-based income including dividend and interest income. This is a more stable and reliable source of generating income vis-à-vis capital-intensive infrastructure projects. Nevertheless, even with a rather limited picture of IL&FS, the standalone company has highlighted current liabilities of long-term debt of Rs 2,384.8 crore for the year ended March 2018, a jump of nearly 62 per cent year-over-year. This broadly refers to loans that have to be paid over the next 3-6 months, and it has become increasingly doubtful whether IL&FS can meet these repayment requirements.

Also, short-term borrowings amounted to Rs 3371.4 crore for the year ended March 2018, a rise of nearly 158 per cent from a year earlier. Once again, a rising debt burden indicates that the company is not generating enough funds for meeting its day-to-day operations as well as for its subsidiaries. In contrast, cash and equivalents amounted to Rs 2470.2 crore at the end of March 2018, and current portion of long-term loans of Rs 891 crore. And the company would find it rather difficult to pay off its short-term loans/liabilities that are due as it has inadequate funds in the bank.

A key liquidity ratio of the standalone balance sheet of IL&FS, debt to net worth ratio, had weakened to 2.49 at the end of March 18 versus 2.05 three years earlier. But analysts tracking the sector highlight that this ratio is in conformity with regulatory levels. Ideally, a debt-to-net-worth ratio of 0.4 or lower is viewed as prudent, but analysts highlight that infrastructure projects are capital intensive and often characterised by higher debt to net worth ratio.

Rising debt levels for IL&FS comes at a time with loans given by IL&FS to its associate companies like IL&FS Engineering and Construction Company amounted to Rs 13,485 crore at the end of March 2018, a jump of 33.1 per cent on a y-o-y basis.

IL&FS has also highlighted in its annual report for March 2018 that for its subsidiary, IL&FS Transportation Networks (ITNL), three of its projects are awaiting financial closure even after over three years. And funding has been partly provided by ITNL with IL&FS Group support and through bill discounting facilities, which has further strained the cash flows. An email sent to IL&FS regarding its financial situation went unanswered.

Revival strategy - can it work?

And in a bid to deal with the current liquidity crunch, the IL&FS board has appointed former Life Insurance Corporation(LIC) Chairman S B Mathur as chairman. IL&FS has a very strong shareholding community with LIC’s stake of 25.3 per cent at the end of March 18 along with ORIX Corporation, Japan holding 23.5 per cent, HDFC with 9.02 per cent and State Bank of India with 6.4 per cent. The IL&FS board had also recently approved a Rs 4,500 crore rights issue, which is expected to be completed by 30 October along with recapitalisation of group companies to the extent of Rs 5,000 crores in IL&FS Financial Services, IL&FS Transportation, IL&FS Energy, IL&FS Environment, and, IL&FS Education.

The board also approved the company’s asset divestment plan, and IL&FS is expected to reduce its overall debt by Rs 30,000 crores. Out of a portfolio of 25 projects identified for sale, it is understood that firm offers have already been received for 14 projects. The company expects to complete its divestment plan over the next 12 to 18 months.

Media reports also indicate that the beleaguered institutions’ head office at Bandra Kurla Complex, Mumbai is understood to be put up for sales and it could fetch nearly Rs 1,300 crore. However, there is lack of clarity as to when the funds would be received and who the potential buyers for the projects are.

Cleary, there is a long road ahead for the recovery of IL&FS.