Do We Need A Bad Bank To Handle NPAs When We Have So Many Bad Banks? 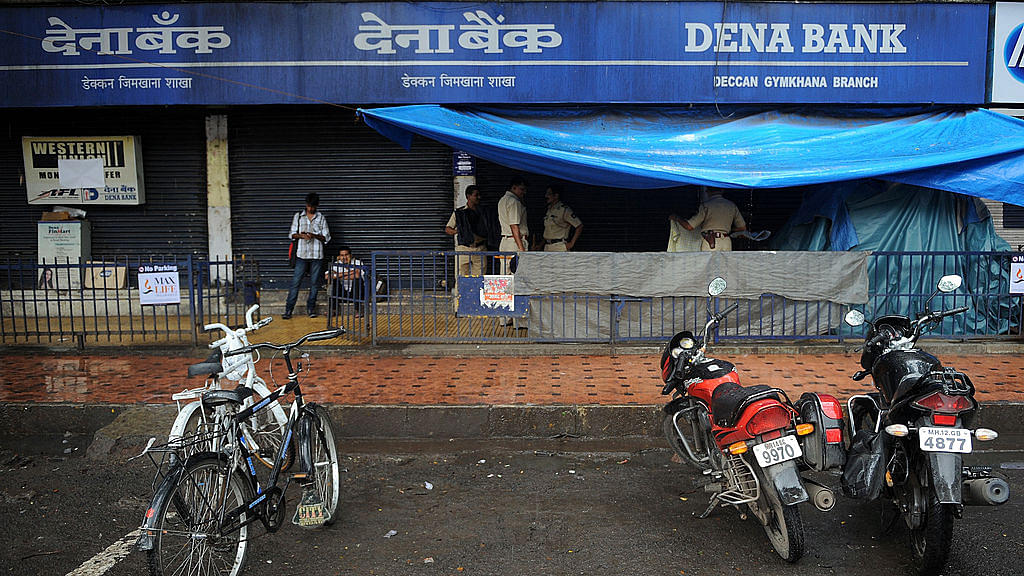 We know that Narendra Modi is not a great believer in privatisation. But even taking that as a given, the gross delay in fixing the public sector banking system is inexcusable.

First, the NDA government has simply been too slow in recognising the problem of bad loans (also known as NPAs, or non-performing assets), which hit Rs 6.7 lakh crore for 41 listed public and private sector banks in September 2016. Second, it did not think innovatively on how to recapitalise banks, and provided reasonable budgetary resources only in 2016-17. But in 2017-18, only Rs 10,000 crore has been provided, which is grossly inadequate given the scale of the problem.

Lastly, it has simply not moved quickly to improve the quality of top management. Thus, incumbent chairmen and MDs are more likely to sit on their hands and wait for retirement instead of taking hard decisions on bad loans – like selling them at a loss, converting loans to equity, and seeking the ouster of bad managements.

The Economic Survey 2016-17 moots the idea of setting up a Public Sector Asset Rehabilitation Agency (PARA) to take some of the bad loans of banks’ books before recapitalising them and enabling them to resume lending. Without a sharp rebound in credit growth, it is difficult to see how the investment cycle can be revived.

PARA is essentially a repackaged version of the idea of “bad banks”, whose only purpose is to purchase bad loans from the financial sector at discounts and then trying to recover what is feasible.

One wonders why it is necessary to create one or more “bad banks” when we have so many of them already. A simple remedy would be to convert one existing bank (or two) with a high level of sticky loans into a bad bank (take your pick from Indian Overseas Bank, Dena Bank, etc), freeze its lending activities, and reducing its operations to just raising deposits and chasing bad loan recoveries.

This is how it can be made to work.

First, the government should identify one or two bad banks from its existing bunch of not-so-good public sector banks. These banks can then sell their good assets to other banks are a slight premium. In exchange, they can buy bad loans from multiple banks, for flogging them off at the best price, writing them down, and aggressively using the bankruptcy code to extract the best deal from promoters.

Second, the employees on the rolls of these identified bad banks can partly be transferred to other banks, given golden handshakes, or redeployed to sell financial products or raise deposits. It would receive fee incomes and the deposits raised would be invested largely in government securities or lend in the inter-bank market at moderate rates.

Third, the entire top managements of these bad banks should be revamped, with new managers with an asset recovery background being hired. This change in top management is vital to ensure recoveries, and their compensation should be based not just on existing public sector salary bands, but topped up with commissions on asset sales and share options.

Fourth, the new bankruptcy code should be used to the hilt, and, if needed, the government should work out a sensible understanding with the judiciary that it will fast-track these cases.

Fifth, the government should use the Reserve Bank’s excess reserves (as suggested by the Economic Survey) to recapitalise banks. It can additionally float a special purpose vehicle (SPV) through the Life Insurance Corporation, which can contribute the equity and raise loans to purchase the government’s excess holdings of bank shares beyond 51 percent at current market prices. These receipts can then be used to recapitalise viable banks. The bank shares held by the SPV can be sold in the market at the right time for a profit, so that the loans can be repaid. The SPV’s final surpluses – the spread between cost of loans raised and capital gains on bank shares sold - can be shared between the LIC and the government once the job is done.

The government delayed too much in fixing broken banks. It must now go for it full tilt.