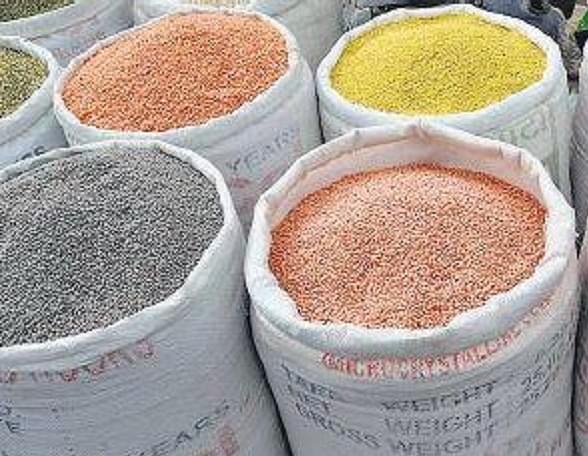 The Food Security Act offered food security by freezing the price of rice, wheat and coarse cereals at the central issue prices of Rs three, Rs two and Rs one, respectively, for a period of three years, up to July 2016. The targeted public distribution system forms the largest component of the Food Security Act.

Nearly three years after the Food Security Act has been passed, a question worth asking is: does it really offer food security to the citizens of this country?

The Food Security Act largely focuses on making food grains available to the citizens of this country at a rock bottom price. In order to support the ambitious coverage of the Act (nearly 81.5 crore individuals or two-thirds of the country’s population, as per the 2011 Census), the government has to acquire a large amount of rice and wheat through the Food Corporation of India, as well as other state procurement agencies.

This has led to the de facto nationalisation of the grain trade. As Shweta Saini and Ashok Gulati write in a working paper titled The National Food Security Act 2013-Challenges, Buffer Stocking and the Way Forward:

“ Such large-scale public procurement also has the impact of strangling private trade (as has been the case in Punjab, Haryana and now Madhya Pradesh and Chhattisgarh) (CACP, 2014). Of the total market arrivals of wheat and rice in these states, 70-90 percent is bought by the government, indicating a de-facto state take-over of grain trade.”

In this context, Saini and Gulati point that out.

And what is support reversal?

“ The average cereal consumption in India is 10.6 kgs per person per month (NSSO, 2011), and NFSA supplies nearly half of it (five kgs per month per person, except for those under the AAY who have a family entitlement of 35 kgs per month). People go to the open market to buy their remaining cereal requirements. However, with the government mopping up the supply of cereals, the open market is left with less causing an upward stickiness in prices,” write Saini and Gulati.

Even for those coming under the AAY, the NFSA doesn’t supply enough food grains. Assuming five people per household, the average individual entitlement comes to seven kgs per month, which is lower than the average cereal consumption of 10.6 kgs per month.

The point being that even though the idea behind the Food Security Act is to provide food security by selling food grains at a very low price, it makes things a little difficult by pushing up prices of food grains. Further, one needs to take into account the fact that food grains are not the only thing that people are eating in order to survive.

But this leads to other issues. As Shweta Saini and Marta Kozicka write in a research paper titled Evolution and Critique of Buffer Stocking Policy of India :

“The buffer stocking policy of food grains has become the one tool with the government to fulfil the interlinked objectives of supporting food producers and food consumers, and of ensuring food availability at the national level. Buffer stocking is used to simultaneously tackle the problem of volatility in the price of food grains, provide food security and incentivise high production. Using the same instrument to achieve the objectives of ensuring remunerative price to farmers and providing the food grains so procured to the poor at highly subsidised prices creates conflicts.”

One clear problem is the fact that farmers end up overproducing rice and wheat, given that the government buys all the rice and wheat that is brought to it. This discourages farmers from growing fruits, vegetables and dal. As the Economic Survey of 2014-2015 points out:

This essentially means that even though the Food Security Act wants to help people by selling rice and wheat at a low price, it ends up creating a difficult situation because prices of other crops tend to go up, as farmers tend to concentrate on buying rice and wheat. Food inflation in June 2016 was at 7.79 percent. Food, vegetables, pulses and sugar, saw an increase in price of 12.72 percent, 28.28 percent and 12.98 percent, respectively. Spices went up by 8.13 percent.

Hence, the unintended consequence of the Food Security Act is to make things more expensive on the whole. What is the way around this? I shall discuss some solutions in the weeks to come.

This article was originally published in Vivek Kaul’s Diary— a newsletter that cuts through the noise and presents actionable views on socio-economic developments in India and the world. He is the author of a trilogy on the history of money and the financial crisis. The series is titled Easy Money.