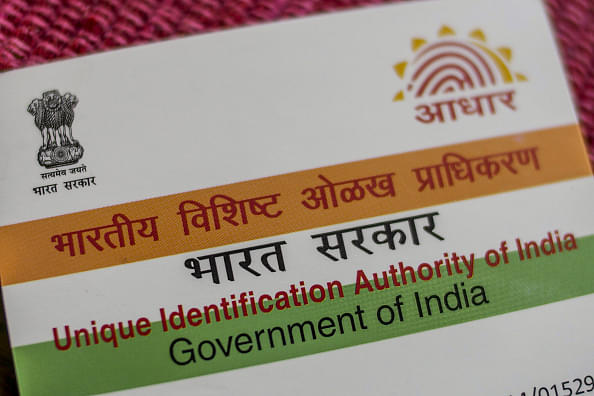 In 2015, attorney general Mukul Rohatgi made a very worrying statement in the Supreme Court – there is no fundamental right to privacy. He said this when asking for a bunch of petitions challenging the Aadhaar project to be dismissed.

Two years later, in the context of another Aadhaar-related case, he has said something even more chilling. Citizens, he asserted, cannot claim absolute right over their body parts. “The concept of absolute right over one's body was a myth and there were various laws which put restrictions on such a right,” he said while making the point that individuals cannot refuse to give their biometrics for Aadhaar enrolment. To buttress his point, he gave the examples of laws against suicide and termination of pregnancies beyond a certain period as well as execution by the state.

One doesn’t have to be a member of the perpetually outraging brigade to be worried, very worried, about this, though seeing in this the movement to a surveillance state and likening it to the numbering of prisoners in Nazi camps is a gross and preposterous exaggeration.

This position of the government is deeply problematic because Rohatgi may have said what he did in the context of Aadhaar, but it can have implications that go far beyond it.

Even without the express stating of this argument, the government did bring in a law to ban surrogacy. Now that no less than the topmost law officer has taken this position, will this line of reasoning be used to get the law passed, to nix any proposal to allow euthanasia? Will it be used to continue with Section 377 which criminalises gay sex, even if it is consensual? Can it be used to justify an Emergency-like sterilisation drive, if any future government decides it is needed? Can it be used to give muscle to a nanny state – for example, to justify prohibition saying alcoholics don’t have the right to let their bodies go to ruin? This is not being overly or ridiculously alarmist; opening a window like this is fraught with the danger of future misuse.

If at all, one can justify limiting the right over one’s body when security is at stake. One cannot claim right over body to refuse to go through a metal detector or be subject to frisking. Or refuse to put down fingerprints on a property registration document. Or refuse to give biometrics for passports and driving licences.

But in each of this there is an element of choice. If I don’t want to be frisked or go through a metal detector, I can choose not to go to a place where these are required. One may argue that there is not much of a choice – if it is mandatory while entering an airport, there’s little point in saying go take a train instead of flying. But even that limited choice is there. In the case of Aadhaar, the scope for that choice is vanishing.

Aadhaar was meant to ensure leakage-proof targeted delivery of subsidies, benefits and services provided by the government. That is what the preamble to the Aadhaar (Targetted Delivery of Financial and Other Subsidies, Benefits and Services) Act says. There is absolutely nothing wrong with this. The government is right when it says Aadhaar has helped it weed out fake beneficiaries and it must continue to insist on it for authenticating beneficiaries.

But why extend it to people who do not want government welfare? Why say it is voluntary but insist on its use in a growing number of activities and transactions, all on the grounds that this is the best way to authenticate identity? How can it be voluntary if taking a mobile phone connection or booking a rail ticket is not possible without Aadhaar, or if entry into airports is barred without Aadhaar (the latest proposal from airports)?

On a television panel discussion, one supporter of Aadhaar pointed out that insistence on it had revealed children enrolled in two schools at the same time. One of the schools was providing mid-day meals and had shown fake admissions to get money for the meals. But Aadhaar should have been made mandatory only for students going to the school providing mid-day meals; that would have been sufficient to filter out the ghost students. What is the point of forcing students who went to the other school also to take Aadhaar? What justification can there be for refusing to register births unless the newborns were registered under Aadhaar, as happened in Gurgaon? It is instances like this which give a sinister feel to the whole exercise, never mind what the original intentions were.

The spread of Aadhaar is problematic also because it increases the points of vulnerability. The government and other defenders of Aadhaar constantly vouch for the security of the Aadhaar database and biometrics of those registered. But the point is not that the central database with UIDAI is secure. The point is that a person’s Aadhaar number is now available with multiple sources. And agencies using the Aadhaar number for authentication are not treating it as highly confidential – there have been instances of Aadhaar numbers of beneficiaries of welfare schemes being either made public by the government department itself or being leaked.

With Aadhaar becoming ubiquitous, an unscrupulous tech-savvy person getting hold of an individual’s Aadhaar number will be able to access a range of information about him even without accessing the highly secure central database. When a private person can do this, imagine the potential for misuse by government agencies.

Let’s also not forget that though the BJP strongly opposed Aadhaar when the United Progressive Alliance initiated it, it is now aggressively pushing the project even as it has made little progress on another UPA initiative – a privacy law. Given this background, Rohatgi’s comments on right to privacy and right over one’s body not only hurt the case for Aadhaar as a tool to target subsidies but are also ominous.