Economics 101 For Swamy: Why Is He Feeding On Failed Keynesian Ideas? 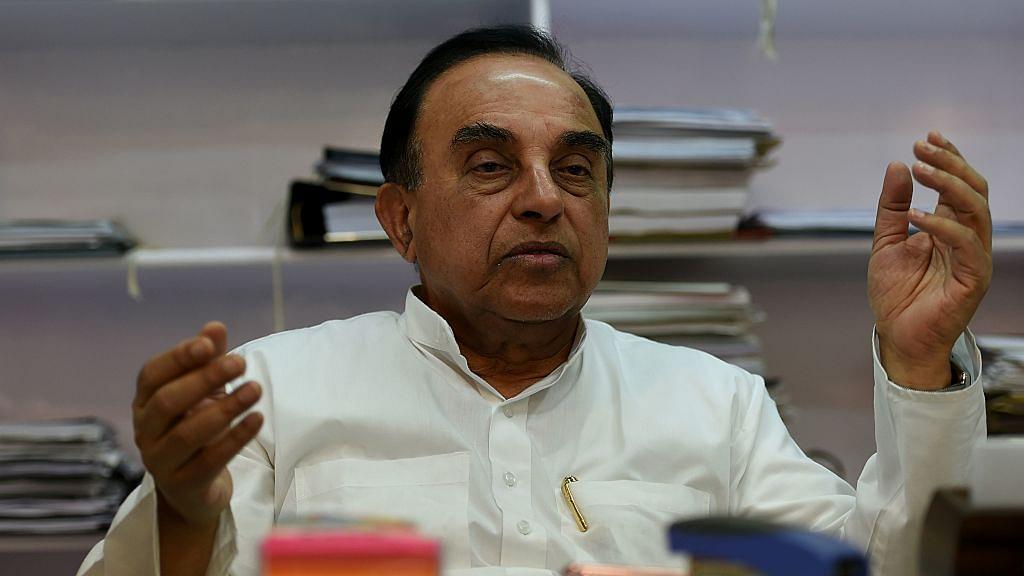 It’s an irony that Subramanian Swamy claimed that his Rajya Sabha nomination was for his excellence in economics. Swamy has many achievements to his credit in the recent past, most notably his fight against big-ticket corruption by the UPA government, his fight for some Hindu causes, et al. But I would certainly exclude his economic thoughts from the long list of successes.

Before proceeding further, I would have to place some historical credit where it is due. Much of the economic reforms of the early nineties that are attributed to Manmohan Singh should rightfully be placed on the shoulders of Subramanian Swamy. Manmohan was no liberaliser and his instinctive economic approach was to use the “visible hand of the government” to guide market outcomes – MNREGA, public-private partnerships, etc. All of these policies are disastrous from an economic stand-point and it’s hard to envisage such a diehard neo-Keynesian being an advocate for market solutions as was done. To his credit and on account of his belief in karma, Swamy has largely stayed silent and allowed Manmohan Singh to reap the praise for what were essentially his ideas and policies. Despite what follows hereafter in this article, I applaud Swamy for it.

A lot has been written criticising Swamy’s attacks on Rajan, but not many have focused on the economic fallacy of his arguments for lowering interest rates. Swamy essentially calls for an expansionary monetary policy to counter the economic slowdown in the Indian economy. He further quotes the Keynesian theory on the causes of the Great Depression and states that Rajan, being aware of the theory, must be willfully keeping interest rates high to intentionally destroy the economy. That is his central premise.

Other arguments such as Rajan being “mentally not fully Indian” (MNFI), etc, are not even worth going into. Even if it’s true that Rajan is MNFI, I would any day prefer a MNFI Rajan to the MFI economic illiterates we have had prior to Rajan, or, for that matter, the ones that are likely to follow. I would any day prefer a MF American Jim Grant to MNFI Rajan. The requirement of the job is primarily outstanding economic credentials/track-record and a commitment to delivering a sound monetary framework. Very little outside of these is necessary – especially in a world that is bereft of sound monetary ideals and where the bond vigilantes have been asleep for decades.

Returning to Swamy’s fallacies, one would have thought that Keynesian ideas for a monetary stimulus would have died along with the stagflationary seventies. If not then, at least with the ongoing two decades of Japanese experiments or and the US’s own seven years with ZIRP – zero interest rates policy. Apparently it has not, and loose monetary policies seem to click with economic professors as a solution to problems caused by loose monetary policies in the first place.

Murray Rothbard wrote the best ever thesis of “America’s Great Depression” (a book by the same name). While summarising a Rothbard book into a few lines would be injustice, I will attempt the same here. Post-1921, the US fed engineered a stock market bubble though loose monetary policies and, like all bubbles, this one had to burst, which it did in 1929. Instead of allowing the market cleansing process and liquidation of bad debt, initially the Hoover, and later, the Roosevelt administrations repeatedly intervened to prolong and worsen what would otherwise have been a deep but short recession. Those interested, can download the book and unlearn the Keynesian thesis which is nothing but propaganda unleashed by the US Fed/government to usurp power from the markets.

So for Swamy to argue as if the Keynesian thesis is gospel truth demonstrates his economic ignorance. I don’t know if Rajan subscribes to the above Keynesian thesis, but it’s quite unlikely that he does. Even if he does, it doesn’t automatically follow that he should be cutting interest rates in India today. The period of 1929 to 1936 in the US saw a cumulative deflation of 18 percent, while that’s hardly the case in India.

So essentially Swamy’s economic thesis is wrong and even otherwise, his remedial measures of interest rate reductions do not automatically flow from it. The bylanes of Mylapore are hardly a credible place to vet economic ideologies, much as Swamy might claim support for the same. So instead of sending Rajan to Chicago, Swamy would do himself and India a lot of good, if he can take a sabbatical and go to Auburn (Headquarter of the Mises Institute) and learn some real economics.

Why Swamy’s Case Against Rajan Is Weak