Environmental Governance: Who Is Best Equipped, Executive Or Judiciary? 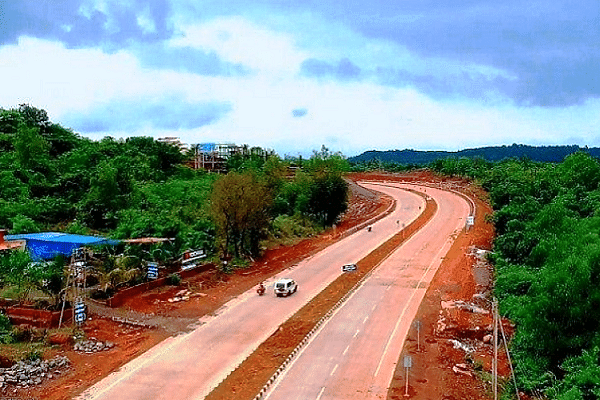 The news of the Bombay High Court squashing CRZ (Coastal Regulation Zone) clearances for BMC’s (Brihanmumbai Municipal Corporation’s) coastal road project doesn’t surprise me but takes me back to a couple of years ago when I was struggling to find a topic for my postgraduate thesis.

The present judgement about the coastal road project is a perfect example of what’s wrong with environmental governance and how judicial intervention is unlikely to improve the situation. In the case of this project, the BMC had obtained the necessary environmental clearances from the Ministry of Environment and Forest and the Maharashtra Coastal Zone Management Authority. The bench squashed these clearances as it found them illegal due to the lack of clearances based on environmental impact assessment.

The court therefore directed the BMC to apply for such a clearance under the Environmental Impact Assessment (EIA) notification and only then could the work on the project resume. The judgement is by far better than many environmental judgements that have often gone overboard — the judgement mandating CNG (compressed natural gas) for DTC (Delhi Transport Corporation) buses is a classic example of one such judgement or even the squashing of coal blocks in the light of the auction scam.

The problem in most such cases is the same, as the petitioner often feels that the executive (ministry or the appropriate government agency) has not done its due diligence before awarding such clearances. Consequently, the court, if it agrees with the petitioner, resorts to squashing the clearances, which results in increased uncertainty. Moreover, it undermines the level of faith on government clearances, especially for big-ticket investments, thereby making investors cautious of undertaking such investments.

There is no denial that the problem originates at the executive level but two wrongs never make a right and therefore, judicial intervention that aims at reversing clearances creates second and third order effects. While the courts intervene to bridge the governance gap that exists in environmental governance, their intervention — despite their best intention — tends to complicate matters further.

The reason why any judicial intervention is unlikely to find an optimal solution in such matters is the nature of the problem that has to be resolved by the appropriate legislative or executive body. The issue with such cases is of understanding the complex dynamics of the interaction between environment conservation and development, which often is conflicting in nature. And therefore, the collective will of society — in terms of attributing their preferences to environmental preservation or development — is reflected by the executive or the legislative that is directly elected by the people.

It is important to consider the different extents of social preferences and beliefs while one tries to resolve the conflict between development and environment. This makes the executive or the legislature the best designed institution to handle such issues rather than leaving them on to judiciary.

But here’s the catch: our executive and the legislative have often ignored such issues, and this has resulted in matters being brought into courts. Judicial intervention in environmental matters is solely because of executive inaction and this is the sole problem that needs to be addressed.

Judicial action in such instances should be limited to fixing executive failure by holding officials responsible and penalizing departments for failing to discharge their duties rather than simply squashing clearances. Squashing such clearances impose a cost on the economy, on the citizens and often on project investors while the executive agency responsible for the violation continues with “a business as usual” approach.

Climate change and environmental degradation is a major challenge and the government, and the Prime Minister himself, has tried to bring this issue into political discussions through the massive renewable energy push, be it the International Solar Alliance or the current push towards electric vehicles. Therefore, judicial intervention should further assist in mainstreaming environmental discussions in our political discourse rather than try to correct for first level governance failures.

This article comes from a detailed study addressing the issue of environmental governance. The study can be accessed by clicking here.