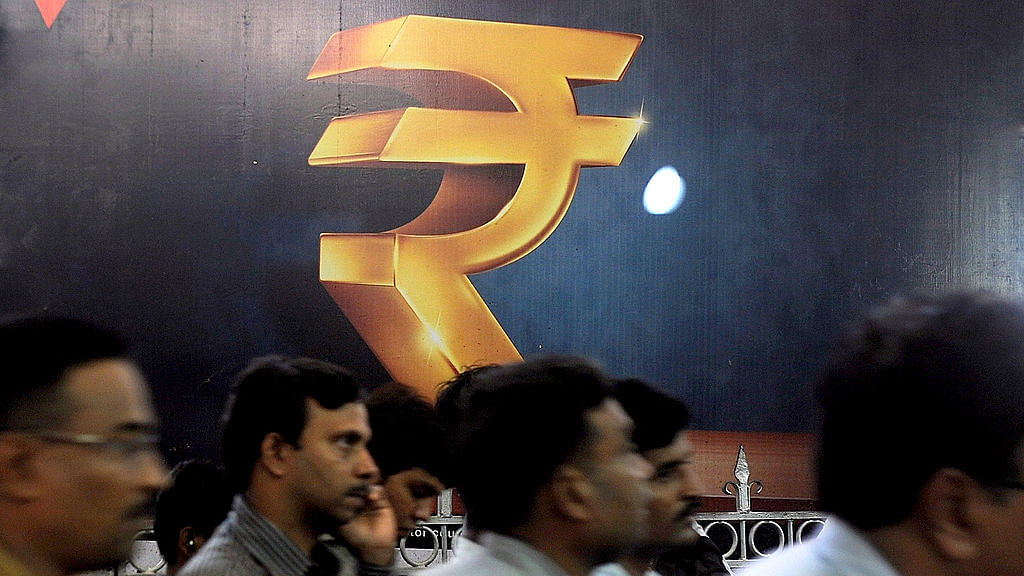 Succeeding Raghuram Rajan as the 16th Chief Economic Adviser to the Government of India, Arvind Subramanian, held the post for almost four years, until June 2018. His exit was attributed to family commitments. However, then finance minister Arun Jaitley credited Subramanian for conceptualising the Jan Dhan-Aadhar-Mobile trinity that has revamped rural governance in India.

Immediately, the paper made headlines for it questioned the GDP estimation procedures followed after 2012. The paper also raised concerns against demonetisation and the Goods and Services Tax (GST).

What Is The Paper All About?

The paper highlights that India changed its data sources and methodology for estimating the real Gross Domestic Product (GDP) for the period since 2011-12 and it has resulted in an overestimation of growth in the country. While the official estimates put the growth at 7 per cent, the paper says the actual growth must have been about 4.5 per cent with a 95 per cent confidence interval of 3.5 to 5.5 per cent.

The paper calls for the National Income Accounts Estimation to be revisited, and for the government to ensure that restoring growth is its primary priority.

GDP, for any economy, is critical as it drives investor and consumer confidence. It is essential for policy formulation and acts as an input for reforms and their nature.

As per the paper, the changes in the methodology were introduced as part of the periodically based revisions to estimating the National Income Accounts (NIA) by using the Ministry of Corporate Affairs (MCA) financial accounts for thousands of companies. The step was taken to move from volume-based estimates of Gross Value Added (GVA) to value-based estimates, as the latter ensures better quantification of the technology changes in a dynamic economy.

The technical work to usher this change was done during the tenure of UPA-2, and thus, the resulting growth figures for 2013-14, the final year for the UPA government, were significantly inflated.

Subramanian, in his paper, does not dig into the political intricacies around the GDP figures, and instead focuses on the technical changes introduced by the statisticians in the estimation process.

Main Findings Of The Paper

Firstly, India’s GDP has been overstated by 2.5 percentage points for the period post-2011, with a 95 per cent confidence band of 1 percentage point. Thus, against the reported average growth of 6.9 per cent between 2011 and 2016, actual growth may well have been between 3.5 and 5.5 per cent. This leads to the GDP being overstated by 9-21 per cent across these five years.

Two, the paper cites a lack of data for not being able to measure the overestimation and how it varies across the period post-2011, a period that saw UPA-2 and NDA-1 in the centre.

Four, formal manufacturing growth correlates with manufacturing exports in the pre-2011 period, but after 2011, the correlation turns to negative.

Five, and the most important finding of the paper is the nature of the growth. While the paper terms that the growth may not have been spectacular as the official estimates suggest, it has been solid, and the government should work on that further.

Where Lies the Problem

Between 2015 and 2017, India had a GDP growth of 7.5 per cent. In the same period, real investment grew by 4.5 per cent, export volume growth by 2 per cent, and the credit-GDP ratio fell by 2 percentage points. The Economic Survey of 2017 had highlighted how no country with the above combination of factors had registered a growth this staggering in the period between 1991 and 2015. This is where the paper finds the first problem, that of measurement.

Given the absence of any massive structural changes during 2011-12, the correlation between the economic indicators and GDP growth must not vary this starkly, but as per the paper, it does, citing a problem in data estimation and measurement.

Making A Case For Mis-estimation

First, the paper uses a cross-sectional analysis using four indicators. These are Credit, Exports, Imports, and Electricity Consumption. These economic indicators are available for a large number of countries and therefore are helpful in presenting a cross-section analysis.

Two, Subramanian, in his paper, does the ‘smell test’ in order to check for other countries that have their indicators not correlating with their GDP growth. He calls these countries (including India) outliers.

Thus, given the fact that there have been multiple studies and reports around the Chinese forging their GDP growth, especially in the provinces, the paper makes a case that India has suffered from the gross over-estimation of its growth.

How Big Is This Over-Estimation?

Thus, against the reported headlines of 7 per cent growth between 2011 and 2016, the paper suggests a range for actual growth between 3.5 and 5.5 per cent.

The Reasons Behind The Over-Estimation

Firstly, moving from a volume to value-based estimates in manufacturing could be the reason for this over-estimation. While this enlarged the scope of the economic activity being covered, ensured better capturing of quality of technology changes in a dynamic economy, it also took into account the price changes, unlike the previous process.

For instance, the fall in oil prices had to be taken into account for the manufacturing sector. For real value to be properly estimated, it is essential that output values are deflated by output prices and input values by input prices, also known as double deflation. However, the methodology post-2011 did not take into account the double-deflation and resulted in an estimation bias. This increased the real value added, but led to an overall over-estimation of growth.

Thus, as per the paper, formal manufacturing sector (oil-intensive) was impacted in the post-2011 period and the manufacturing value added must be sensitive to the output-input price wedge post-2011 as it takes the value and not volume into account.

What Does The Paper Say About GST And Demonetisation?

Subramanian cites the proxying of informal by formal activity as a reason for the over-estimation. Further, the paper notes that the NIA estimates for the real GVA growth for the informal sector are based on and proxied by the IIP which is mainly composed of the formal sector firms.

The paper makes its case using the data between 2017 and 2018. The IIP manufacturing growth was at 3.3 and 5.3 per cent for the two years. The paper, however, argues that the growth in the informal sector ‘may have been negative’ due to demonetisation and GST. At the same time, the paper concludes that this theory does not explain the results of the paper as the baseline results do not cover the period beyond March 2017, a period when the impact of both the programmes would have been greater.

The Areas Of Concern And Celebration

Subramanian highlights a few areas of research for the future. One, if the measure of nominal GDP growth is plagued by the same issues.

Three, the paper also suggests that the government, which in recent years has been focussed on employment, agriculture, and redistribution, and NPAs should recognise these as a casualty of weak growth, the same growth that was otherwise over-estimated.

The paper also calls for conferring statutory independence on the National Statistical Commission, and to appoint people with expertise and experience.

Calling the estimation of GDP a complex exercise, the government was quick to respond to the headlines and other media reports pertaining to the GDP growth.

As per the press release, the government uses several measures and metrics for the evaluation of the performance of the economy. In order to ensure global standardisation and comparability, they follow the System of National Accounts evolved in the United Nations. The 2008 version of the System of National Accounts (SNA) is the latest version of the international statistical standard for the national accounts.

Further, it adds that the data requirements are immense and diverse and therefore, economies like India take time to evolve with the relevant data sources before they can be aligned with the requirements of the SNA.

Due to lack of data, alternate proxy sources or statistical surveys are used in order to evaluate the contribution of different sectors to the GDP/GVA. The base year is also revised at periodic intervals as per the changes in the economic environment.

The release also addresses the issue of ‘double deflation’, pointed out by Subramanian in his paper. Given India has subscribed to the Special Data Dissemination Standard (SDDS) of the International Monetary Fund (IMF), and an Advance Release Calendar is decided for the release of the estimates. However, the IMF had raised issues against the usage of double deflation in the Indian GDP series. Also, the concept of double deflation is used only in nations that have a Producers Price Index (PPI) to deflate the inputs.

The government’s release concludes that with any base revision, new and more consistent data sources become available, and therefore, the comparison between the old and new series are not ‘amenable’ to simplistic macro-econometric modelling.

Not The Final Word

Subramanian concludes that the results in the paper are not a final word and further insights are required through research that can be done on the basis of the data available in the periodic Economic Surveys and other reports.

Clearly, the report will not be the final word on the GDP debate. Surjit Bhalla, in a series of tweets, raised objections to the report citing real wage growth data. For instance, the wages for a ploughman and carpenter averaged 1.9 and 1.0 per cent respectively for the period between 2001 and 2011.

However, for the period between 2012 and 2016, the average wage was 3.3 per cent for a ploughman and 4.3 per cent for a carpenter. The question that remains to be answered is could actual GDP be what the paper suggests given the wage growth for semi-skilled labour?

In the long run, the paper shall raise more questions than it answers now. Given the limited set of indicators used to draw the conclusion around the over-estimation of the GDP in this working paper, more data around other economic indicators would be warranted for the data in this paper to not be over-estimated.