Explained: The Controversy Over Poor Germination Of Soy Seeds In Maharashtra 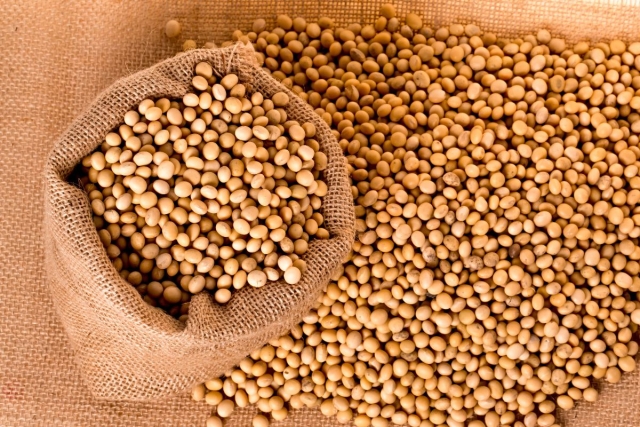 Soybean farmers in Maharashtra have complained about non-germination of soy seeds and alleged that some companies have supplied them inferior seeds.

Taking up the complaint, the Maharashtra Agricultural Department has filed cases against 13 seed companies for supplying poor quality seeds.

The state government-owned Maharashtra State Seeds Corporation is among the companies against who the complaint has been filed. A Maharashtra government official says that about 30,000 farmers have complained about the poor quality of soy seeds.

But why has a hue and cry been raised over the poor germination of soy seeds and what is it all about?

Swarajya spoke to a cross-section of people connected with this. Their views are that there is more than one reason why these Maharashtra farmers have reported poor germination of seeds.

According to an oilseed industry insider, the poor germination issue is confined only to three districts in the state — Latur, Beed and Ahmednagar.

“Hardly 300 farmers complained about poor germination initially. When it looked like the state government might intervene and compensate, the number of farmers claiming poor germination went up considerably. It is 40,000 now,” the insider, speaking on condition of anonymity in view of the sensitive nature of the issue, said.

Unseasonal rains last year are blamed as one of the reasons for poor germination of soy seeds. Due to unseasonal rains, the soybean plants, which have been sown this year, got affected with most of the nutrients in them being washed way.

While some farmers saved these affected seeds, a couple of seed companies bought them for supply to growers this year. This has caught them on the wrong foot.

Also, some farmers have sown the seeds deeper than they should normally be. The problem has been partly blamed on use of tractors.

Soybean seeds should not be sown more than 2-3 feet deep in the soil. But the affected farmers have sown them 8-9 feet deep. This has, in particular, happened on farms where tractors were used for planting.

In addition, Maharashtra farmers had gone in for planting of soybean before their regions had got adequate rainfall. Normally, 80-90 mm of rainfall is required before growers can sow soy seeds.

Since the soil did not have adequate moisture, the seeds could have failed to germinate. All these factors have combined to create problems in germination.

Shetkari Sanghatana president Anil Ghanwat said thousands of farmers are feared to have been affected by the problem in the germination of soy seeds.

B V Mehta, executive director, Solvent Extractors Association of India said: “farmers seem to have been affected by this issue. The state government has to look into the issue and find the problem. Growers also need to be compensated.”

According to the Ministry of Agriculture and Farmers’ Welfare, soybean has been planted on 10.14 million hectares (mh) until 10 July this year compared with 51.66 mh last year.

Maharashtra’s acreage has gone up by 2.41 mh so far this year. Usually, soybean is planted on 3.79 mh and by this time, 1.86 mh should have been covered.

Maharashtra farmers have so far planted soybean on 3.52 mh this year against 1.23 mh last year.

The industry insider said that with rains continuing to lash the state, it would not be too late for Maharashtra farmers to sow soybean again.