Farmers Need To Be Revered, But We Need Far Fewer Of Them In The Fields 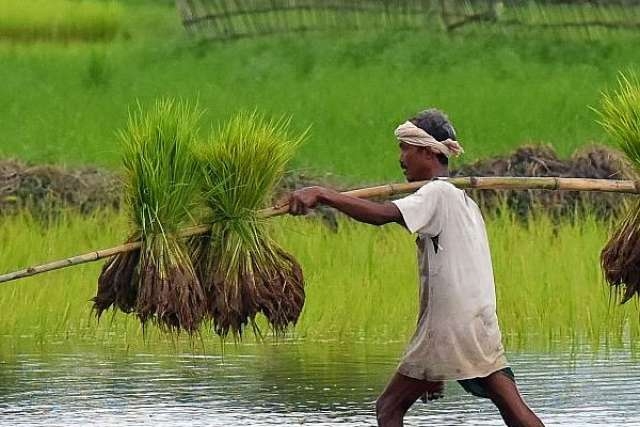 There is a global farm crisis underway as we speak. And India is not the epicentre of it. The crisis has two defining features – stagnant or falling agrarian incomes, and an extraordinary high suicide rates among farmers.

In France, 600 farmers commit suicide every year out of a total population of 60 million.

In Australia, one farmer dies by suicide every four days.

In the UK, a farmer commits suicide every week.

In the US, it has been reported that the rate of suicide among farmers is twice that of military veterans – until now considered the most vulnerable section to suicide. The US farm crisis becomes even more glaring when one looks at the farm incomes. According to the United States Department of Agriculture, the median income for farmers in 2018 is expected to be – $1,316. Yes you read that right. That is a minus $1,316. Farmers in the US generate negative returns from farming. The only way they manage to sustain themselves is by off-farm activities (i.e. any economic activity besides farming and livestock). Off-farm activities contribute 90 per cent to the income of an average American farm household.

America’s farmers today are killing themselves in record numbers.

The world over, it has been reported that the rate of suicide among farmers is nearly five times that of the general population.

By comparison, India records 12,000 farmer suicides a year in a population of over a billion. Compared to the staggering numbers in the rest of the world, the Indian figures appear mild.

If the numbers are so bad everywhere, why should it be seen as a crisis plaguing only India?

The answer lies in the percentages. Less than 1 per cent of the American population depends on farming for a livelihood. This explains why the farm crisis in the US and the developed world receives so little attention. In India, on the other hand, roughly 25 per cent of the workforce is directly employed as cultivators and when allied sectors such as fisheries and forestry are also taken into account, roughly 50 per cent of the country’s workforce makes its living out of agriculture.

What Is Causing The Farm Crisis?

The reasons are many. But perhaps the single most important factor is that in the 21st century, agriculture is simply not a profitable venture. The prices of commodities have been going down over the last century while the prices of farm inputs such as fuel, fertilisers, power etc have been going up exponentially. In this racket everybody makes a small fortune - from the oilmen to the farm equipment makers to the seller of fertilisers and chemicals. The only one who ends up selling his produce below cost is the farmer.

Add to this the curse of global warming and the vagaries of the weather where an entire year’s worth of hard labour can be wiped off in one night of bad weather, and you get a crash course in doing agriculture in the 21st century.

How Then Do Farmers Survive?

The answer is through subsidies. There is no nation on earth that does not subsidise its farmers. The richer the nation, the larger the extent to which it can afford to subsidise its farmers and force them to stay on the farm. The European Union for instance spends a staggering 43 per cent of its entire annual budget on farm subsidies alone in the form of direct cash transfers to farmers. This despite the fact that in no nation comprising the EU does agriculture contribute more than 3 per cent to the national gross domestic product (GDP). In Germany and France, the two nations that receive the largest chunk of the EU’s agricultural subsidies, agriculture contributes less than 2 per cent to the national GDP.

The question then arises - what economic sense does it make to allocate 43 per cent of your budget to an activity that contributes less than 2 per cent to your GDP.

The reason nations subsidise agriculture to such a massive extent has nothing to do with economics. It is quite simply a strategic choice. If there is anything that history has taught mankind about political systems, it is that there exists a direct relationship between revolutions and a scarcity of food. Food is the most strategic resource of all. Let there be a shortage of food, and agitations will not be far behind. Hunger pushes people to do things they wouldn't normally do, like rise in rebellion. Humans can survive without a lot of things, but food is definitely not one of them.

We all have read the famous anecdote about the French queen Marie Antoinette and the hungry peasants right before the French Revolution. All the major revolutions of the world happened because the people didn't have food to eat. And it is not easy for governments to forget that. So they would much rather subsidise farmers to stay on the farm than have them leave for more remunerative occupations.

When India became independent, the problem of India’s teeming masses and its frequent famines wasn’t one that bothered India alone. With communist revolutions having happened in Russia and China over the previous decades, the US was spooked enough to be convinced that if India’s agricultural sector wasn’t set right, the country would be the next big domino to fall to the Communist juggernaut. Thus, the Ford and the Rockefeller Foundations funded the Green Revolution that pulled Indian agriculture, and its farmers, kicking and screaming into the 20th century, which is where they have been stuck since 1950. Perhaps since the fear of a communist revolution no longer looms on the horizon, we have forgotten our farmers.

But why can’t nations outsource unproductive aspects of farming to other countries like happens in nearly every other form of production today from iPhones to nail cutters?

The reason for this is again pretty simple. Most nation states take a realistic view of international relations and don't want to depend on anyone else when it comes to food security. A nation that depends on imported food becomes very vulnerable to an enemy in times of conflict. National sovereignty can be comprised by the simple act of cutting off food imports. Thus making sure that a nation’s basic needs of food are being met from within is a national security imperative and nations will pay the cost to ensure that they stay self dependent.

This raises a fundamental question - is it possible for agriculture to be profitable at all without subsidies? The answer is tricky. And no government is in a hurry to find out anyway.

Instead, it would be helpful to rethink the notion of profitability itself. Sure, agriculture could likely be profitable in a way it was to the 15th century farmer, or even the early 20th century farmer before the arrival of digital technology and internet distorted our notion of what a decent income is. But unlike other businesses, farming isn't scalable to any significant extent. Land is limited and expensive. The only way a farmer can produce more is by increasing yield, which depends on scientific advances, and even then, the gains aren’t significant.

The Green Revolution was one desperate attempt at increasing farm output but it came with its own set of complications, not the least of which was increasing the input cost for farmers by a great deal. Which isn't surprising since the primary objective of the Green Revolution was to increase the supply of food in Third World countries to check the spread of Communism. It wasn't much bothered with increasing the income of farmers.

The only certainty in the agrarian conundrum is this - farming will never be able to compete with modern occupations in terms of the returns it generates. And governments will always keep subsidising farmers because they can't risk food security.

Giving The Farmer What He Deserves - Dignity

There is a tendency in current discourse about agriculture to paint the farmer as a sort of a financial parasite on the rest of the economy on account of the subsidies that keep him in business. This is the same sort of warped logic that tries to drive a wedge in the national imagination by denigrating certain states and regions that are net recipients from the national revenues.

We need to stop demonising the farmer. The narrative that views the farmer as only a recipient of subsidies and freebies, needs to change. The farmer, like the soldier serves a critical purpose in society that cannot be reduced to a simple economic transaction. What the farmer does, like the soldier, is uphold our very national sovereignty. It wasn’t without reason that Lal Bahadur Shastri coined that musty old slogan of the socialist era - Jai Jawan, Jai Kisan.

At the same time we need to realise that having nearly 50 per cent of our workforce rely on agriculture and allied activities is simply not sustainable.

For most people growing crops will not give the same returns as selling branded clothes or making software, because the modern economy is far more sophisticated than that of the 19th or 20th centuries. Logically, this should have meant that the supply of labour should have flowed towards more economically profitable activities. The number of people dependent on agriculture should have decreased drastically, leading to de-agrarianisation and de-peasantisation. That this has not happened should be a cause for concern for us.

In the rest of the developed world, the transition from the farm was phased through the labour intensive industrial revolution of the 19th and the 20th centuries. As large sections of the Western peasantry migrated from the farmland to power the industrial revolution, they also moved higher up the value chain, seeing increase in real wages as well as relatively higher standards of living in the great urban centres of the world. The children and grandchildren of these industrial workers were then able to make use of the urban infrastructure and better education to eventually transition even higher up the value chain and transition to either highly skilled manufacturing jobs or join the services sector which remains the bedrock of the developed world today.

Being a European colony for most of this period, India missed the industrialisation train. Today, India finds itself trying to make the near impossible direct transition from a primary, agrarian economy to a tertiary, services-based economy. However, unlike the industrial sector, a services-based economy will simply not be able to create enough jobs to absorb the excess labour from the farmland. This creates a severe demand side disincentive for transitioning from the farm.

There exist no easy solutions to the problems of farmers. But there exists a right approach to dealing with it. This approach consists of treating farmers as rendering a crucial service that is essential to maintaining our sovereignty and national security, while attempting to wean away a greater section of the labour force from agriculture and into the secondary and tertiary sectors. All over the developed world, farming employs no more than 5 per cent of a nation’s workforce and India would eventually need to move towards those numbers.

We need to make the farm crisis our topmost priority. Lest we should end up in the same boat as the Western world with their staggering farm suicide rates and their broken rural societies.